The Solo Traveller’s Guide to Borneo 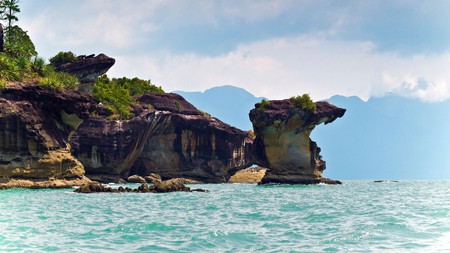 Borneo means tremendous opportunities for solo adventurers and fresh-air fiends, whether it’s the scaling of mountains, world-class scuba-diving or wildlife encounters. Travellers seeking indigenous culture can combine hiking the highlands with a stay in a longhouse. Kuching and Kota Kinabalu – the vibrant respective capitals of Malaysian Borneo’s Sarawak and Sabah provinces – are gateways to adventure.

What’s the vibe for solo travellers?

Very accommodating. Join a group tour to hike up Mt Kinabalu, do a diving trip or stay in a jungle lodge – it’s easy to find an itinerary in Kuching or Kota Kinabalu. There is plenty of inexpensive accommodation in the main cities and towns – but if you’re staying in a jungle lodge or diving lodge by yourself, expect to pay the cost of a double room.

You need at least a week. If short on days, stick to Sarawak or Sabah. On a week in Sarawak, mix a couple of days in vibrant Kuching with a day of orangutan-spotting at Semmenggoh Wildlife Centre, another day spotting proboscis monkeys from a boat in Bako National Park, an overnighter in a Dayak longhouse in Annah Rais and two days in Gunung Mulu National Park, visiting some of the world’s biggest caves and witnessing a “bat exodus” at sunset. 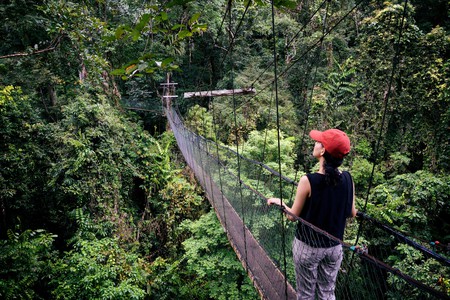 In Sabah? Set off from Kota Kinabalu, do an overnight ascent of Mt Kinabalu – Borneo’s highest peak – and spend a couple of days in a jungle lodge, spotting wildlife along the Kinabatangan River. Scuba more your thing? Spend a week diving off the island of Mabul – try to secure a permit to the world-class dive site of Sipadan. The best time to visit is between March and October, during Borneo’s dry season.

Where to stay in Borneo as a solo traveller

Accommodation encompasses international-standard hotels, boutique lodgings and youth hostels in the biggest cities – and beach resorts, from basic to luxurious, near Kota Kinabalu as well as on the islands of the Semporna Archipelago. Traditionally, many indigenous people have resided in wooden longhouses on stilts, with a family per room – and travellers could just turn up to get floor space to sleep on. That’s less the case these days – but it’s still possible to arrange a stay through reputable tour companies and guides in Kuching. Other niche accommodation? Lodges on Sipadan Island cater to scuba divers, with package stays including an air-conditioned or fan-cooled room, all meals, two diving outings per day and a speedboat to/from Semporna. Jungle lodges along Sabah’s Kinabatangan River and in the Danum Valley Conservation Area offer all-in packages: rooms from spartan to fairly luxurious, guided jungle walks and/or wildlife-spotting boat trips. 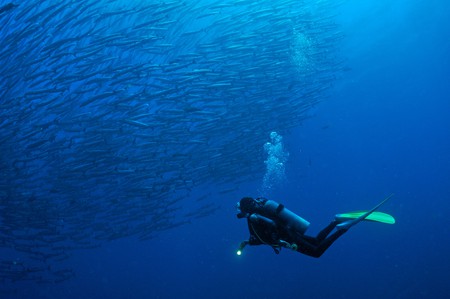 What to see and do in Borneo

For us, the three highlights are Mt Kinabalu, the Kinabatangan River and Sandakan/Sepilok. An overnight ascent of Borneo’s highest peak (4,095m/13,435ft) ends with sunrise over Borneo. A day trip from Sabah’s second city, Sandakan, to the Sepilok animal sanctuaries reveals two of Borneo’s iconic species: the orangutan and the sun bear. Prefer to look for proboscis monkeys, pygmy elephants, crocodiles and orangutans from the comfort of a boat? Fix a couple of nights in a jungle lodge along the Kinabatangan River. You can do it as part of Culture Trip’s Borneo adventure.

Eating and drinking in Borneo

Dining out is exciting, at hawker centres attached to wet markets, at night markets (pasar malam), at no-frills cafes (kopitiam) specialising in one or two dishes and at regular restaurants. The kopitiam open at breakfast time; hawker centres and night markets fire up later in the day. Don’t miss out on Dayak (indigenous) cuisine, made using ferns, leaves, vines, fish and other rainforest bounty you won’t find elsewhere in Asia. Delicacies include hinava (a jungle version of mackerel ceviche). Tuak (rice wine) is typically enjoyed during Dayak celebrations. Malay cuisine is widespread: try rendang (spicy beef or chicken stew) and Sarawak laksa (spicy, tangy broth with noodles, chicken and bean sprouts); Chinese dishes include kampua mee (thin noodles served with roast pork). At hawker centres (in Kota Kinabalu and Kuching in particular), you’ll find seafood dishes – grilled prawns, razor clams in a sweet and punchy sauce, and much more. 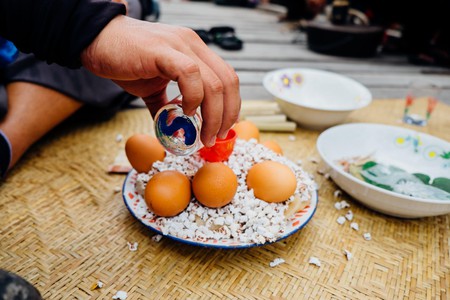 Getting around in Borneo

Renting a car is inexpensive, but petrol stations in remote areas are few and far between. Borneo’s only train line (from Tanjung Aru to Tenom via Beauford) is dirt-cheap and super-scenic and makes a fun day trip from Kota Kinabalu. A network of inexpensive flights with Air Asia and Malaysia Airlines covers main cities and towns, connecting Kota Kinabalu and Kuching with Sandakan, Tawau, Miri, Sibu and Bintulu. All-terrain cycling and mountain-bike treks are becoming popular around Kuching and in parts of Sabah. Private boats connect Semporna and Sandakan to various islands in their respective satellite archipelagos, and if you want to venture into the less-trodden interior, say, along Sarawak’s Rajang River, motorised wooden longboats and/or “flying coffins” (covered express boats) are your only option. The coastal towns of Sabah and Sarawak are well-connected by inexpensive, comfortable long-distance buses, and the roads connecting them are sealed and in good condition.

Fancy a dip? Avoid river mouths and muddy estuaries, since crocodiles are a danger. DEET-heavy insect repellent and mosquito nets are a must to prevent dengue fever, Zika virus and malaria – all mosquito-borne diseases. Annoyances include heavy traffic and parking issues in the larger cities (particularly Kota Kinabalu and Kuching), pickpockets in busy areas such as markets and bus stations, and leeches in the jungle (they are harmless but unsavoury-looking). 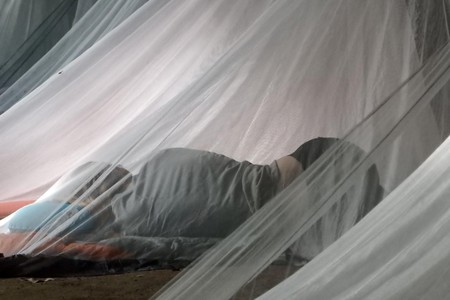 Borneo is a kaleidoscope of faiths and nationalities, and people are friendly and welcoming. Yet, society is more conservative than in Western countries, with many parts of Sabah and Sarawak adhering to the Muslim faith. Dress modestly (covering knees and shoulders). Handshakes tend to be very light – barely a touch of palms – and many local women don’t shake hands with men. Don’t point at things with your feet or your index finger; use your thumb instead. Eating with the left (toilet) hand is a big no-no.