A Guide to The Perhentian Islands: Malaysia's Diving Oasis 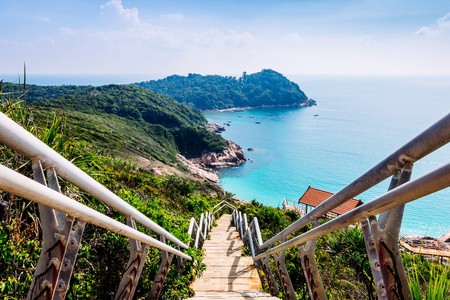 Malaysia’s island oasis combines world-class diving and snorkelling with empty beaches and a healthy lack of commercialisation. Culture Trip uncovers the best of this untouched wilderness and explores why it’s such a favourite with backpackers and divers.

As the boat approaches, the first images of the Perhentian Islands are two jungle-covered hills surrounded by blinding white sand. The teal-coloured water reflects against the turquoise sky as the rainforest cacophony fills the silence. Welcome to Malaysia’s Perhentian Islands.

Unlike Langkawi on the opposite side of Malaysia’s Peninsular, the Perhentian Islands lack commercialisation. There aren’t any cars pumping out toxic fumes, honking motorbikes or swerving bicycles. Just walking trails and water taxis. Monitor lizards and monkeys share the soft sand rather than dozens of sunbathing tourists. The few visitors enjoy their evenings in a beachside bungalow next to the sea and fall asleep to the gentle crashing waves.

A storm shelter transformed into an island utopia

Decades ago the Perhentian Islands (or ‘Stopping Point’ in English) once sheltered fishermen during the monsoon storms. Now, the islands are part of the Pulau Redang National Marine Park with strict laws against fishing to protect the marine and coral habitats. Perhentian Kecil (Small) and Besar (Big) form the Perhentian Islands. Kecil attracts a younger crowd made up of budget-travellers, backpackers and divers. The bigger and more deserted Besar draws honeymooners and couples staying in the luxurious chalets. 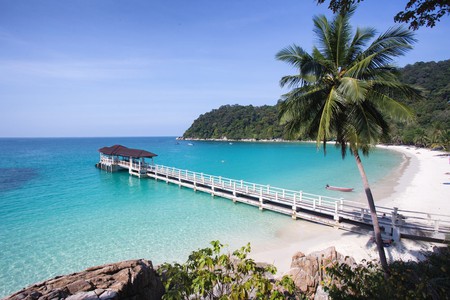 A diving and snorkelling oasis

Healthy coral reefs bursting with colourful tropical fish surround both Kecil and Besar’s coastline. Crystal clear water puts visibility at almost 20 metres (65.6 feet) both near the coast and out in greater depths. Snorkelers and divers instantly witness the explosion of marine life when they submerge into the South China Sea. The adventurous can swim from Flora Bay to Shark Point where swimming with dozens of sharks is almost guaranteed. And don’t worry, they’re not the man-eating ones! Next, catch a water taxi to Besar’s Turtle Sanctuary. Green and Hawksbill turtles nest on the beach and swim in the shallow waters. Few places offer the chance to witness the coral bursting with life, sharks and turtles in the same afternoon. 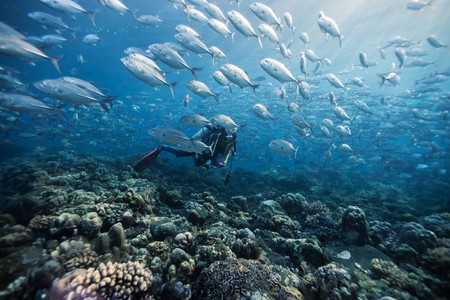 If you’re PADI-certified, join one of the rock-bottom half or full-day tours advertised along the beaches. The nearby spit known as ‘The Pinnacle’ is a favourite where hundreds of colourful fish, rays and clownfish swim just below the surface. And the price of this treasured experience will cost less than a classy meal in Kuala Lumpur. If you want to learn how to dive, check out one of Perhentian Kecil’s many dive schools. Both PADI and SSI courses including accommodation and meals cost a fraction of what you would expect in Southeast Asia. There’s no waiting list either; contact the school, book your place and make your way to the Perhentian Islands. 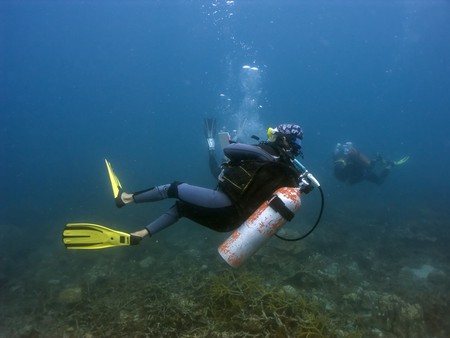 Malaysia’s international airport lies a good eight hours drive from Kuala Besut Port where a 45-minute ferry to the islands awaits. Or fly into Kota Bahru. If you’re lucky, you can get to the port in less than two hours from Terengganu State’s capital. And to make things more complicated, the eastern monsoon virtually shuts the islands for six months between October and March. If you want to experience the Perhentian Islands, be prepared for the lack of connectivity, occasional blackouts and millions of mosquitoes. Head to Perhentian Kecil for a more active adventure, hours of diving and to socialise with other travellers. Catch the sunrise over Long Beach and sunset at Coral Bay. Or stay on Besar for a luxurious getaway and a more off-the-grid experience. 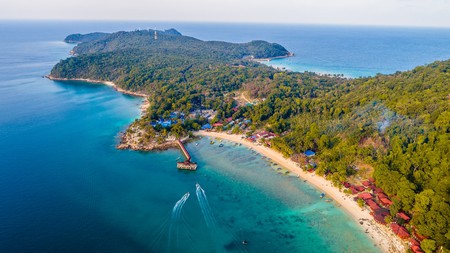