The 10 Most Beautiful Towns In Malaysia 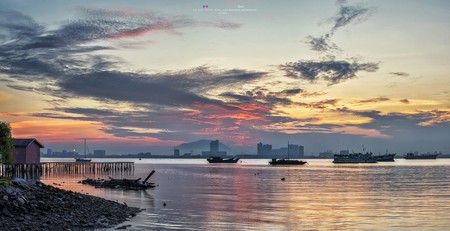 With a population comprised of Malays, Chinese, Indians, and indigenous groups, Malaysia is one of Southeast Asia’s most diverse and fascinating countries. Set against the picturesque backdrops of tea plantations, tropical rainforests, beaches, and mountains, the landscapes of the country’s towns are as diverse and compelling as its cultures. Here are some of the most beautiful towns in Malaysia that are waiting to be explored.

George Town’s well-preserved colonial shophouses have earned it the status of a UNESCO World Heritage Site. These shophouses are certainly beautiful, but George Town’s uniqueness stems from the way these historic buildings are interspersed amid structures reflecting other time periods and cultures. In George Town, these colonial buildings sit alongside Chinese temples, Muslim mosques, modern skyscrapers, and shopping centers, as well as fine museums that highlight the region’s fascinating heritage. Adding to George Town’s appeal is its fantastic food scene, which blends Malay, Peranakan, Thai, Indian, and European cuisines. 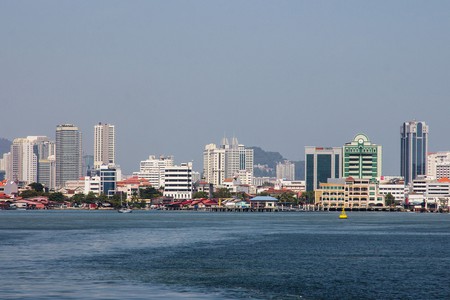 Ipoh was one of the wealthiest cities in Southeast Asia during the late 19th century thanks to the revenue generated from its Kinta Valley tin mines. Today, its affluent legacy is visible in the beautiful Chinese mansions and colonial-era buildings found throughout its old town. Be sure to see Ipoh Station, which features a gorgeous mix of late Victorian and Moorish-Islamic architectural styles. Opposite the train station is another impressive historic building, the town’s white neoclassical Town Hall. The Perak state capital also serves as convenient base for exploring the wonderful natural attractions nearby, which include the Cameron Highlands and the Royal Belum State Park. 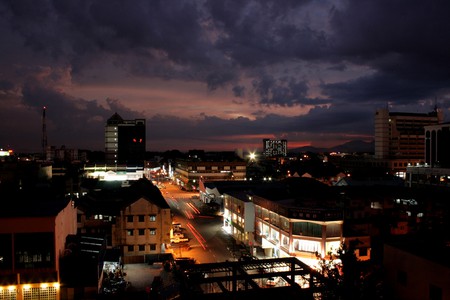 The last major town before the Thai border, Alor Star, also known as Alor Setar, is a distinctly Malay city. The town is often used as a jumping-off point for excursions to Langkawai, Ulu Muda Eco Park, or Thailand, but Alor Star has more than a few charms of its own. Some of the town’s most gorgeous buildings are found in the padang, a lovely colonial town square. Check out the Balai Besar, or royal audience hall. This 19th-century building features pillars decorated with Victorian iron lacework along with noticeable Thai influences. The Masjid Zahir, or state mosque, is one of the largest and most impressive mosques in Malaysia.

Some of Miri’s first settlers were Chinese merchants, and the city retains noticeable Chinese influences to this day. The old town around Jalan China is filled with beguiling markets and excellent restaurants. Check out the Tamu Muhibba, or local market, which attracts indigenous people from up the river to sell fruits, Bario rice, and rattan mats. The Al Taqwa Mosque is also worth visiting, with its gold and white facade bordered by palm trees. The beautiful reefs along the town’s coast are home to parrot fish, stingrays, and angel fish. 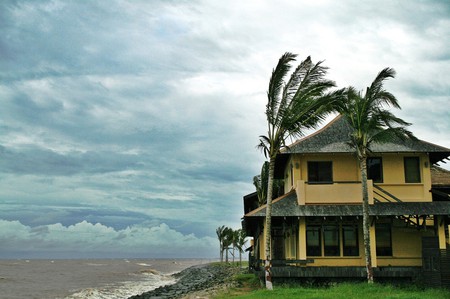 Once a small fishing village, Kuala Terengganu grew rapidly in the 1980s as a result of the profits from its South China Sea oil fields. Despite the effects of this modernization, the city remains deeply rooted in Malay culture, home to lively markets and one of the country’s loveliest Chinatowns. Not far from the city’s buzzing Central Market is Istana Maziah, a beautiful colonial-style building that serves as the sultan’s palace. The city’s maritime heritage lingers in Pulau Duyung, an island set in the river opposite Chinatown, where many buildings exemplify traditional Terengganu architecture. 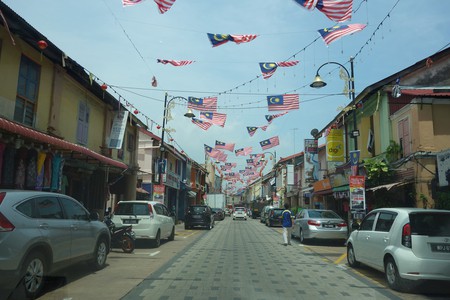 Low-key Taiping is one of the most well-preserved colonial towns in Malaysia. Taiping, like many other areas of Perak, is home to striking historical architecture built during the tin mining boom of the 19th century. In addition to Chinese shophouses and colonial architecture, Taiping is home to more than 64 hectares of gardens. Established in 1880, the Taiping Lake Gardens was Malaysia’s first public garden and continues to be one of its most beautiful. The town is also home to the country’s first museum, the Perak Museum, which is set in a gorgeous colonial-era building. 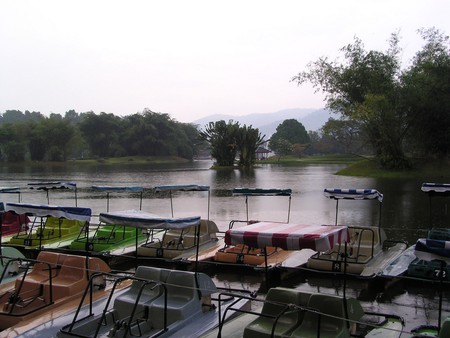 Tanah Rata is the largest settlement in the Cameron Highlands. Known for its tea plantations, waterfalls, and cool temperatures, the Cameron Highlands retain an enchanting colonial atmosphere. Tanah Rata is a buzzing little town, offering flower-filled parks and lovely historic buildings. Its main street, a 1,600-foot stretch of road called Jalan Besar, is lined with inviting shops and restaurants. During the evening, this street is the center of the town’s nightlife scene, with restaurants spreading their tables out onto the road. Tanah Rata is an excellent base for exploring the highlands, with a number of rewarding trails and mountain hikes found within walking distance. 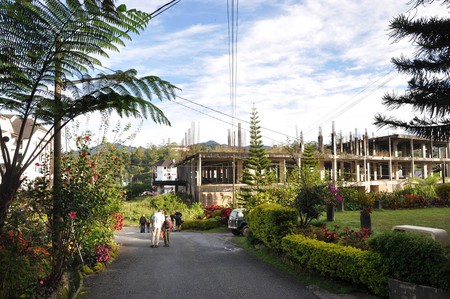 Seat of the sultan of Perak since the 15th century, Kuala Kangsar is one of Malaysia’s most stunning royal towns. This peaceful town with a rich Malay culture is home to superb colonial architecture and attractive gardens. Two of the town’s finest colonial structures are found in its center: an eye-catching clock tower and the District Office. Malay College, another delightful colonial building, can be found north of the town. Dating back to the early 20th century, this school was the first in the country to provide English education. 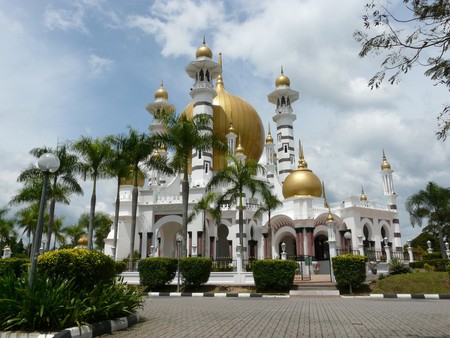 Sarawak’s oldest city, Kuching is an appealing jumble of different cultures and time periods. Set on the Sarawak River and overlooked by Mount Santubong, Kuching’s town center is dotted with historic buildings and monuments. Colonial cannons guard the entrance to the excellent Sarawak Museum, which focuses on Borneo’s fascinating ethnological heritage. Sophisticated cafes are set alongside Chinese shophouses, and high-rise buildings contrast with street stalls selling cuisine from across Asia. Enhancing Kuching’s appeal are the numerous natural attractions that can be enjoyed on day trips from town, including Bako National Park and the Semenggoh Nature Reserve. 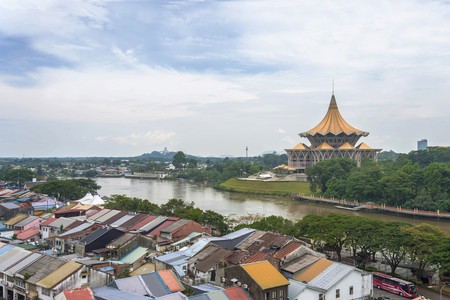 Occupied by Arabs, Portuguese, Dutch, and British over the centuries, Melaka’s unique architecture earned it UNESCO World Heritage Site status jointly with Penang. At one time, Melaka was one of the most important trading ports in Southeast Asia, trading with Indonesia, India, and China. This diverse cultural heritage has created some superb historic sites and distinctive local cuisine. The town’s old center features narrow lanes lined with colonial-style shophouses, built by the Dutch and the British and later used by wealthy Chinese and Peranakan families. The centerpiece is the town’s bright red church and administrative buildings, constructed during the time of Dutch rule. 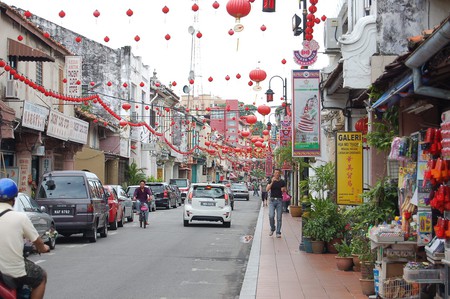