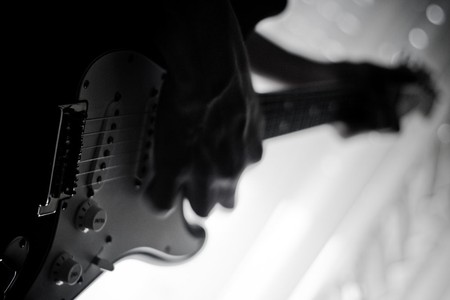 Listening and watching live music performances in Malaysia is one of the most enjoyable experiences to make your travels fun and unique. Did you know that there are many Malaysian rock bands who make awesome music and put on amazing live gigs? Check out these best Malaysian rock bands that boost the local music scene.

Led by vocalist and guitarist Fuad, the five-piece rock band (formed in 2008) is one of the bands which started the renaissance of Malaysian indie rock scene. It has been performing at major music festivals (such as Urbanscapes and Good Vibes Festival) in its homeland and shares the same stage alongside many international acts. The band’s raw passion in producing music and performing live gigs led them to receive music awards and top local charts. The band has an infectious, experimental sound.

An Honest Mistake started as an acoustic live project in 2008. Throughout the years, lead vocalist and guitarist Darren Teh and his bandmates have produced music focused on a combination of upbeat pop punk, emotional acoustic ballads, heavy hardcore and innovative electronic. The band collaborated with talented musicians across the world, doing so on its latest album, An Honest Mixtape – a compilation of 16 remix tracks. The band performed across Asia, in Thailand, Singapore, South Korea, the Philippines, India and Taiwan. The group passionately produce their own songs and believe in connecting people through music.

RYÖT JONES is the most talked about live jazz rock bands in Malaysia. It’s big, and it sure makes awesome sounds. What stands out from the group’s music and performances is ‘good vibes’ and ‘great energy’. These guys entertain the audience and shake the whole venue with their upbeat and soulful dance tunes. They have plenty of energy song after song when on stage.

Pop rock band Paperplane Pursuit has been making waves in the Malaysian media, hitting the top radio charts and making appearances on TV. The group makes optimistic and heartfelt music and creative videos, all gaining support from fans and critics. Due to the group’s popularity, they partnered with Asia International Records (A.I.R.) followed by the release of their single Feel Good in the U.S. Their music truly makes you smile.

Son of a Policeman (SOAP)

Son of a Policeman (SOAP) is an indie-pop rock band that makes you want to dance all day and night long. They won in many local band competitions including becoming the top 3 of Tiger Jams by Tiger Beer last year. There they were given the opportunity to play their song Euphoria with Singaporean pop band The Sam Willows and local artist Donald Abraham. They are starting to be recognised in Malaysia’s music scene. It is definitely one of the Malaysian up-and-coming rock bands to listen to.

Alternative rock band Hujan is one of Malaysia’s iconic rock bands, loved by fans young and old. It has been on the local and international music scene for more than a decade. Hujan is frequently one of the leading acts in Malaysia. The music the band makes tells stories and relates true feelings. You will hear the fans singing to the band’s classic rock hits if you are at the live concerts and music festivals.

Kids on The Move

If you are a fan of hardcore punk rock music, then you should listen to Kids on The Move. This band has been around in the local punk music scene for almost 14 years. The group toured Malaysia and Southeast Asia and has shared the stage with punk bands such as Whatever That Means, Comeback Kid, The Geeks, Break Even and FC Five. Be prepared to imagine yourself being in the mosh pit with all those other fans headbanging, knocking each other and grabbing the mic to scream their hearts out.

Capt’n Trips and The Kid

Psych rock band Capt’n Trips and The Kid formed in 2013. The band’s name used to be DankyTunes and the music they make comprises soul, jam, funk and psychedelic rock. The band is inspired by Pink Floyd, Tame Impala, King Gizzard and The Lizard Wizard and Grateful Dead. From time to time, they come up with ‘feel good’ tunes and perform live gigs at the local music venues.

Oh Chentaku came into the music scene in 2007. Their music is a combination of punk, pop, electro, post-hardcore and experimental tunes. Without signing any major record labels, these guys have been touring thanks to endorsements by local and international brands. The band’s front man, Myo, was the host of local TV shows (Ke Korea Ke Kita, Ke Jepun Ke Kita and Ride Hansem). He has his own web series, Ride Borneo, which follows Myo’s journey across Borneo to discover its rich culture and history.

Formed in 2003, The Otherside Orchestra is an electro rock and roll band comprised of six members. The group was well-known for appearances at popular music festivals like Singapore’s Baybeats and Malaysia’s Rock the World. The band took a three-year hiatus until new front woman Syima joined in 2016. This year, Otherside has come back with a new and improved sound, via the album Disco Chemist. Syima’s beautiful singing voice and dynamic instrument beats will make you groove.