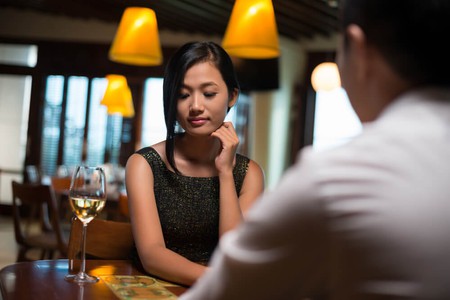 When it comes to dating, it’s not about the sweet life — it’s about the sugar.

Let’s face it: this isn’t a new phenomenon. People have been engaging in ‘mutually beneficial’ relationships since the dawn of Homo Sapiens (perhaps before that, too), and there are plenty other, more established, money-meets-love dating sites in the wide, catch-all virtual net of the world.

What is new, though, is TheSugarBook’s marketing ploy aimed at the student population in Southeast Asia.

Under the new student program, prospective members are even entitled to free premium memberships — as long as they register with their university email addresses, or are otherwise able to show proof of university enrolment.

While the dating site is not gender-specific, it is generally expected that those who are financing the relationship will be men.

June Goh, president of Singapore Council of Women’s Organizationsc, said that this ‘totally contravenes’ the idea of an education, and that the dating app actually exposes young women to exploitation, stigma, abuse, and untold psychological damage.

Fellow MP Tin Pei Ling also expressed her distress. “We should not let those profit-seekers capitalise on the vulnerability of our youth and exploit them,” she said.

At 28,500 users, Malaysian daters make up the majority of TheSugarBook’s 75,000 membership count. Singapore comes at a close second, while the rest are from the Philippines, the United States, and India. 70% of users are women.