Malaysia's 'Stinking Corpse Lily' is The Smelliest Flower on Earth 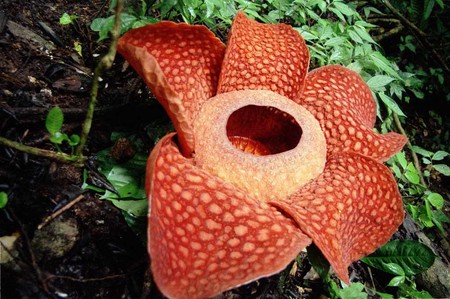 Indigenous to Sumatra and Borneo, one of the world’s most unusual flowers causes both awe and repulsion. The rare ‘Stinking Corpse’ creates a smell best described as rotting flesh. Here’s our take on this fetid flower and our insights into its stink and unbelievably cunning biology.

What is the Stinking Corpse?

The Stinking Corpse refers to two species. Titan Arum looks like an inverted mushroom with the nickname ‘Stinking Corpse Flower’, which can reach four metres (13 feet) in height. Even rarer in Malaysia, the five-petal Rafflesia (‘Stinking Corpse Lily’) holds the title as the largest single blooming flower. Both share similar biology. 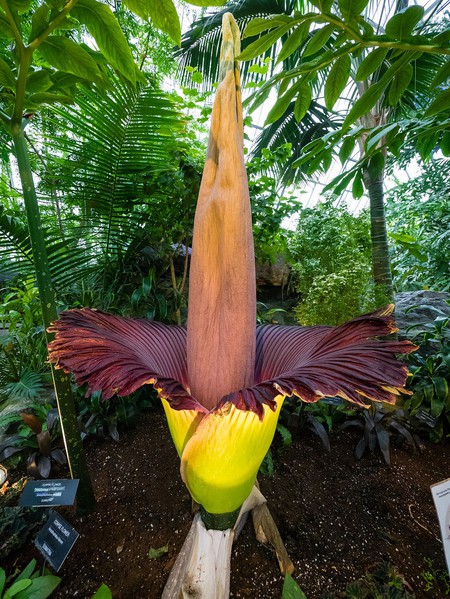 This stinking flower can grow up to 4 metres | © Richard J. Rehman/WikiCommons

The Stinking Corpse Lily’s odour arises from a combination of more than 30 chemicals and resembles decomposing meat. Out of these, trimethylamine smells like rotting fish, and the sweaty sock smell comes from isovaleric acid. At first glance, this might seem unusual. But, both flowers use an ingenious method to pollinate and reproduce. Decomposing matter attracts insects and the smell produced by the Stinking Corpse entice insects and flies to the flower.

Beautiful Biology of the Titan Arum

The real elegance lies in its biology. During the few days of blooming, two distinct stages occur. At the start, the smell is the most potent to attract more insects. Receptive female flowers then receive new genetic material from the pollen brought inside by insects. The flower collapses and contaminates the bugs with male pollen as the smell begins to dissipate. The bugs realise there’s no food and scatter, spreading the Stinking Corpse’s genetic material around the rainforest.

Where to See Malaysia’s Stinking Corpse?

Both the Stinking Corpse Lily and Flower grow in the tropics, including Indonesia’s Sumatra and Java, Malaysian Borneo and parts of the Philippines. Because growing conditions need to be perfect to sustain the flower and its unpredictable flowering, seeing one in the wild can be a challenge. The flowers only start to smell during blooming. But seeing the world’s largest, most mysterious and smelliest plants is a once in a lifetime experience. In Malaysia, head to Sarawak’s Gunung Gading National Park, Sabah’s Mount Kinabalu and the Rafflesia Forest Reserve near Kota Kinabalu to see the ‘Stinking Corpse Lily’. 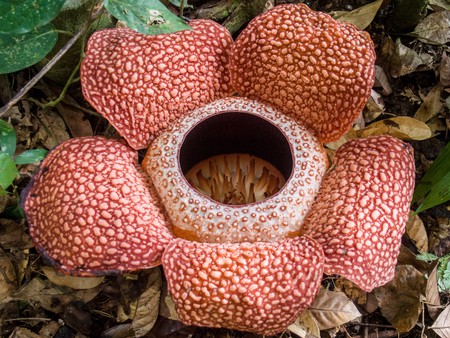