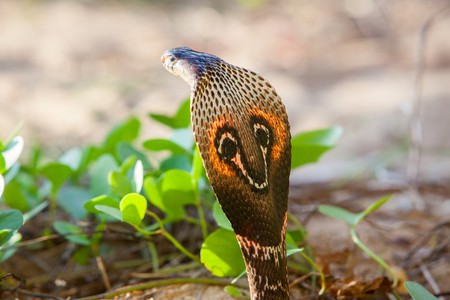 Malaysia’s very own “snake whisperer” kissed snakes on the mouth, watched TV with his pet serpent, and chronicled his life with his slithering friends on Facebook — until a fatal bite cost him his life.

On Monday, March 12, Abu Zarin Hussin was rushed to the hospital following a venomous cobra bite in Bentong, Pahang, during a snake-catching operation. Four days later, he passed away.

As head of the King Cobra Squad of his local fire department, 33-year-old Hussin regularly helped to capture and remove snakes from civilian homes, and taught his co-workers to do the same without harming the snakes.

Much of his fame was propelled by false tabloid reporting by the Daily Mirror and the Daily Mail in the UK. It was reported that Hussin had married his pet snake, believing it to be his dead girlfriend reincarnated.

Hussin had promptly denied the report, saying that “no human can get married to a snake,” and “I’m only interested in humans when it comes to marriage.”

In 2017, Hussin brought his serpents to the reality contest, Asia’s Got Talent, where he impressed judges by bumping noses with his cobra, though the performance wasn’t enough to advance him to the next level of the reality contest.

But even though his snakes repeatedly put his life in danger, Hussin still enjoyed reading them bedtime stories. “Snakes are a wild species,” he said, “and we need time to get used to them and understand their characteristics to be able to tame them.”

Hussin was buried in a uniform ceremony on Friday, March 16, in his hometown in Kelantan.