Malaysia finds itself at an intersection of cultures, peoples and religions. Although the official state faith is Islam, many religions are practiced across the country and, in political terms, all are free to practice their faith of choice. The Culture Trip visits Kuala Lumpur’s stunning mosques, Masjid Putra and Masjid Negara (the National Mosque) to explore Malaysia’s modern approach to Islam. 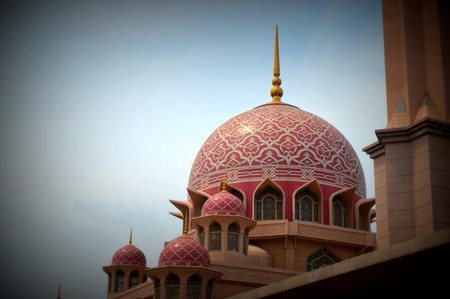 Wandering around Kuala Lumpur, whether in Midvalley Mall, Bangsar or Chinatown, it’s difficult to pinpoint exactly where in the world you are. There is an abundance of cultures that mingle and mesh together to create the seemingly random reality of Malaysia’s capital. At specific times, some locals are sitting outside having an iced latte with colleagues or expats can be found sipping champagne with friends. Nevertheless, many clad in modest Malay attire or the newest fashion are beckoned by the call to prayer, thus reminding us all that Malaysia’s state faith is Islam while the state policy is freedom of religion.
While spending time in Kuala Lumpur, it is difficult to determine what is ‘authentically’ Malaysian; it seems equally natural to eat roti canai at the local mamak stall or to shop for international brands at Suria Mall. In a sense, going to two of the most famous mosques in Malaysia captures the essence of one distinct reality that exists in Kuala Lumpur and across the country. 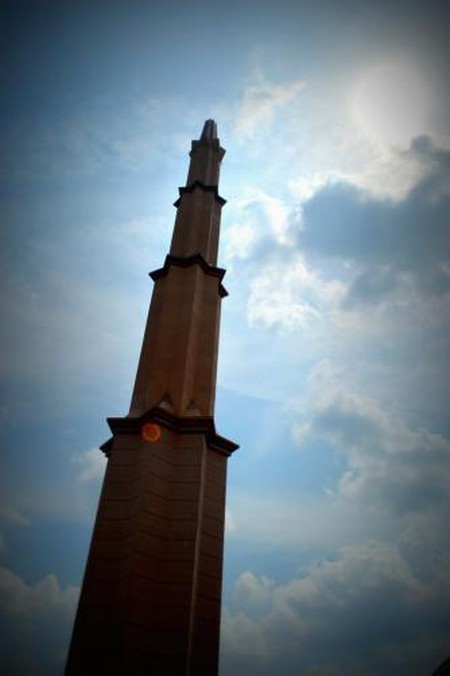 Both Putra Mosque in Putrajaya and the National Mosque or Masjid Negara beckon during prayer times and are open to tourists outside of these set times. When visiting these mosques, everyone is very welcoming and visitors are provided with the necessary Islamic attire for entering the mosques and for exploring the extended grounds of these remarkable places for prayer. Both structures are substantially original and exceptionally beautiful, but beyond their aesthetic value, these places of worship represent a side of Malaysia that is often overlooked or undervalued by those visiting the country.
Standing at the edge of Putrajaya Lake, the gentle pink-and-beige dome of the Putra Mosque is serene and yet dominant and seems to be far removed from the chaotic heat of Kuala Lumpur. The large structure exudes a sense of stillness, which can be felt when standing inside the massive room. In fact, a sense of calm is unavoidable when staring up at the elaborate interior of the dome during the silence between prayer times. Stepping back outside and walking around the mosque, it becomes evident that those who venture to Putrajaya come away with a new perspective of Islam and what it may mean in Malaysia. 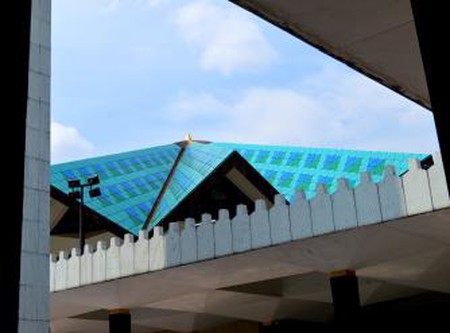 This is equally true for those who visit Masjid Negara, which can easily be overlooked when visiting the city. The mosque is unique due to the blue dome, which is not smooth like the Putra Mosque, but is textured, thus giving it a strong sense of individuality. The main prayer hall itself is surrounded by covered walkways that are lined with little fountains that give the grounds coolness. It can be said that this mosque is meant to represent the nation and therefore it is interesting that the building itself is composed instead of boastful, and subtle instead flashy.
In many ways, these spaces create a new and fluid idea of what it means to be interested in the Muslim faith within Malaysia. When visiting these places you can pray, use the wifi, wander around the grounds, take photos of national monuments, and consider what it means to be part of this reality. More than anything, these buildings demonstrate a faith in freedom, a dedication to beauty, and an appreciation for diversity, thus making them genuinely Malaysian. 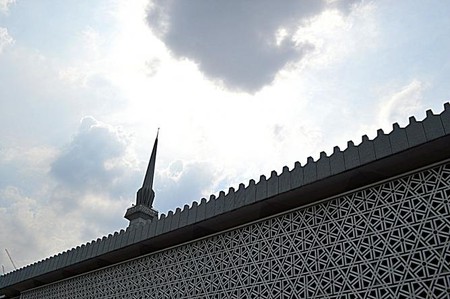