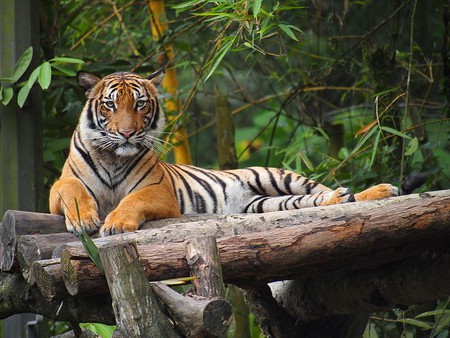 “Fine, fresh, fierce, we got it on lock” — and we’re not talking about Katy Perry’s “California Gurls.” Malaysia is so proud of its favorite tiger that there are two of them on the national coat of arms.

Its scientific name is not recognized by Malaysia

The international scientific community may recognize this tiger as Panthera tigris jacksoni (named after the famous tiger conservationist Peter Jackson), but under the Malaysian Association of Zoological Parks and Aquaria (MAZPA), this tiger is Panthera tigris malayensis.

It is NOT the same as the Indochinese Tiger

Prior to 2004, the Malayan tiger was widely accepted as a subspecies of the Indochinese tiger, the Panthera tigris corbetti, but it has since been reclassified as a species on its own.

It is only found in Peninsula Malaysia and in the south of Thailand. 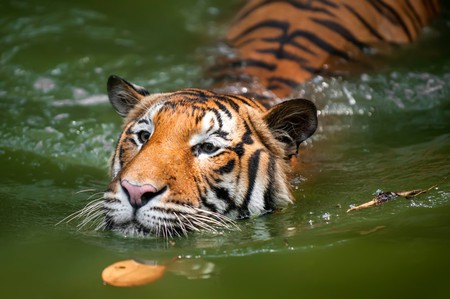 Do you like to swim? If so, you may have something in common with Malaysia’s favorite animal.

This tiger enjoys swimming and playing in shallow rivers and lakes, and it can cross shallow streams by swimming while keeping its head above water.

Remember how everyone in Malaysia has a nickname? Tigers are not exempt. One of the nicknames of this tiger is Pak Belang, which literally means “Uncle Stripes.”

It can eat elephants 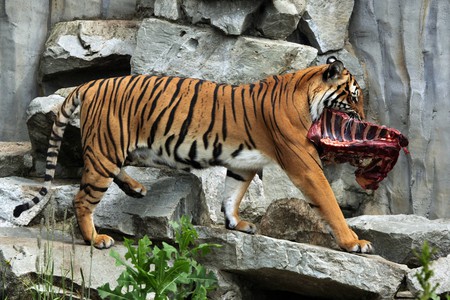 The Malayan tiger is also known to feed on livestock, which can be problematic for local farmers.

It is critically endangered

According to the WWF, there are only 250–340 Malayan tigers left in the world. The tiger has been recognized as an “endangered species” by the International Union for Conservation of Nature (IUCN).

It is born blind 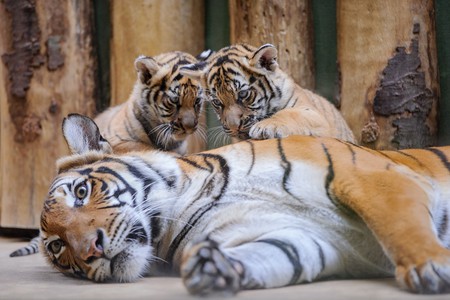 Cubs are born with their eyes entirely closed and, therefore, blind. Their eyes typically peek open between 6–12 days after birth, and they gain full sight in 2 weeks. This is not unlike most tiger species.

Only 2–5 cubs are born every birth, and only half of these will survive past 2 years old.

It is born in a cave or at a breeding facility

The Malayan tigress usually gives birth to her cubs in a cave, but due to its critically endangered status, there is also a large breeding facility in Malaysia to help maintain its population. Several Malayan tigers have been successfully bred at this facility, and their cubs have been sent to zoos in different parts of the world for protection.

It can camouflage itself better than a ninja 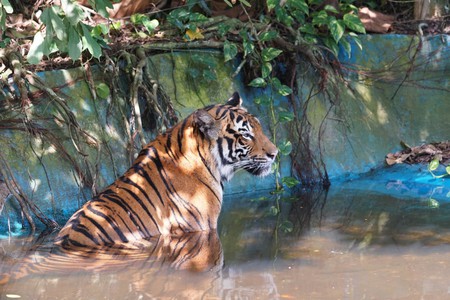 If you’re about to be dinner, this is the reason you didn’t know | © Safwan Abd Rahman / Shutterstock

Thanks to its black stripes on orange fur, the Malayan tiger is surprisingly adept at blending in with rainforest trees and the edges of streams and rivers. If you’re about to be dinner, this is the reason you didn’t know.

Its greatest threat is human

The Malayan tiger sits at the top of the food chain, so its survival isn’t threatened by dung beetles and cicadas. But it is threatened by human aspirations (commercial development projects, allocation of land for agriculture, habitat fragmentation) and, sometimes, just plain human carelessness.