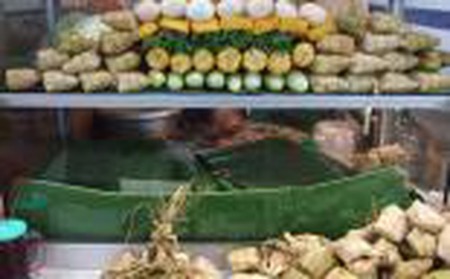 Rich in spices such as kaffir lime, turmeric, ginger, black pepper, coriander and lemongrass, Malay is a hub of different cultures, each of which have brought in different flavors to create a distinct and vibrant cuisine. With so many different culinary variations, we take a look at some of the best Malay cuisine from across Malaysia and give a taste of a few dishes from the rest of the peninsula. 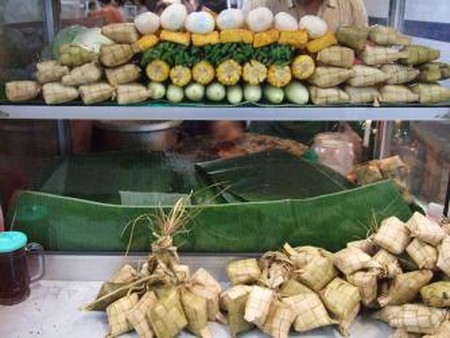 Malay cuisine is known for its vibrant and diverse flavors, eclectic influences and rich history. Generally, Malay cuisine refers to food from Malaysia, Singapore, Brunei, Indonesia, Mindanao and Southern Thailand. It is within these areas that food enthusiasts will find some of the most interesting and complex flavors in the world. Malaysia specifically is comprised of 13 states, and is home to predominantly Malays, Chinese and Indians, but the population is a wonderful hub of cultures and ethnic groups, making the gastronomy here an exciting blend of spices, flavors and cooking techniques. Historically, Malaysia was part of an incredibly successful spice trade, most records of which date back to the 15th century. 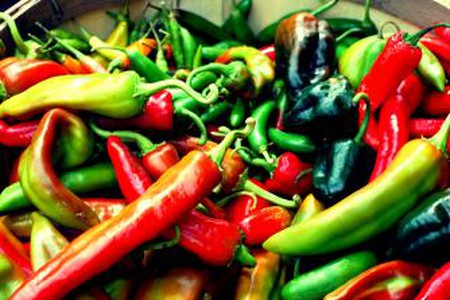 The welcoming and open-minded nature of Malay culture has meant that the influx of different nationalities has been portrayed through their cuisine, with ingredient choices taking influence from the north and east especially. Chinese influences can be seen in the use of soy sauce and noodles throughout Malaysia, with northern parts of the country also taking characteristics from Thailand, displayed through the use of lemongrass and ginger. Southern parts of Malaysia tend to have richer sauces. Although there are so many different attributes within Malay cuisine, the peninsula has accumulated all of the best parts of neighboring culinary attributes and combined them to form a distinct cultural identity. 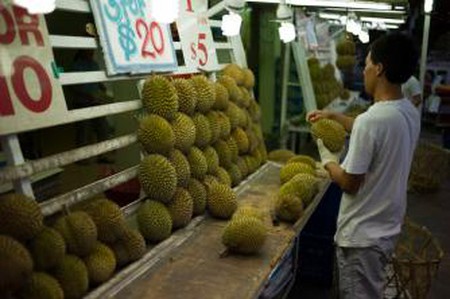 Many people in Malay are of Muslim faith, so although meat is heavily used throughout the cuisine, you won’t find as many recipes using pork as beef, lamb and goat. The most popular dishes that do contain pork have beef counterparts. There is of course an abundance of seafood within all Malay cuisine, the peninsula utilizing its fishing coasts to the fullest. The light sauces and tangy spices included in many seafood dishes compliment the lightness of the meat perfectly. For vegetarians, eating across Malay can be a challenge, as meat and seafood can be difficult to avoid. Even in vegetable dishes, the bases and stocks often contain meat. There are however an array of delectable fruits to be savored across Malaysia. Bananas here are cooked in their skins to perfection, guavas are healthy and bursting with vitamin C, and for those more adventurous types, durian is a lesser-appreciated option. When in season these football-sized fruits are green and thick-skinned, covered with spikes. Somewhat foul smelling on the outside, the inside reveals seeds and a pale yellow flesh with a distinct taste.

When dining in Malaysia, it is customary to use the right hand, with the palm as a scoop and the thumb as a tool to guide food into the mouth. Forks and spoons are readily available, however. Food vendors or ‘food hawkers’ sell some of the freshest and cheapest food around. When eating at these stalls you will come across some of the most traditional and local foods that Malaysia has to offer. Mealtime is a social event in Malaysia, and food is not served in courses but dishes arrive at the same time, creating a glorious feast. The array of specific dishes in Malaysia and across the Malay Peninsula is vast, but there are some classics worth mentioning, as well as some lesser-known variants of Malay cuisine: 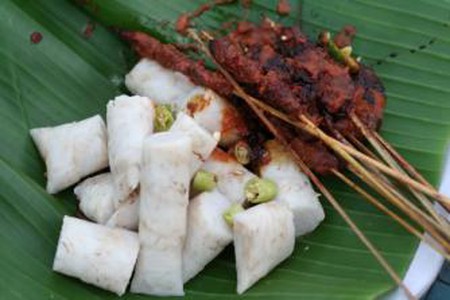 Rice – Nasi lemak is generally acknowledged to be Malaysia’s national dish, and is simply rice cooked in coconut milk and pandan leaves. It can be and often is eaten for both breakfast and dinner, due to its adaptability. Nasi himpit (rice cooked in palm leaves until sticky), and Ketupat (made up of rice boiled in a woven palm leaf, boiled until cooked to create a kind of dumpling) are also popular dishes, and regularly accompany popular main meat-based dishes. Nasi goreng is translated to ‘fried rice’ in Indonesian, the most common variety of this is served with soy sauce, spices, chicken and egg, and is different from its Chinese counterpart due to the addition of chilli. 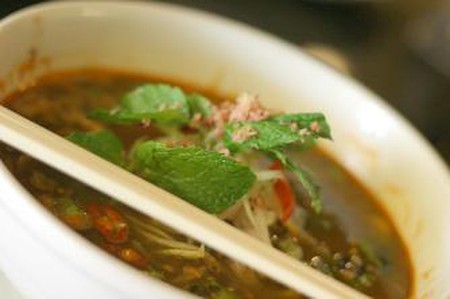 Laksa – Probably one of the most well known dishes across the globe, Laksa is a noodle soup with either a curry or fish base. The success of this dish has caused it to be served across Southeast Asia and overseas, although western interpretations vary. Two prominent types of the soup exist: curry laksa (which uses coconut milk) and asam laksa (which does not). The former has a sweeter taste and grittier texture than its more sour fish based sibling. Other types of the soup are generally named after their respective towns or state names.

Beef Rendang – Originally from Indonesia, specifically the Minangkabau ethnic group. This spicy beef curry dish is usually dry, although can sometimes be more aqueous. It is famous throughout Malaysia, and is often consumed during times of celebration or during ceremonial events. The history behind this dish is older than records show, with other meat variants, beef is the most common. 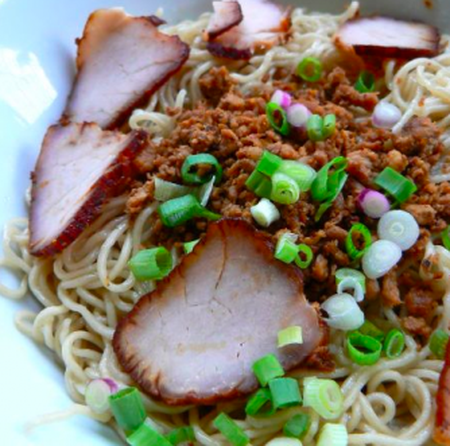 Kolo Mee – one of the lesser-known dishes, this tossed noodle meal is popular in Sarawak, specifically Kuching. Also referred to as koh-loh mein, the dish consists of slightly sweet noodles, minced pork, barbeque pork, peanut oil and white vinegar. Spring onions and a little fish sauce are usually added to finish. A simple taste, but the true dish can be difficult to find outside of Sarawak.

Satay – Originally from Indonesia, this famous dish is arguably the most popular, especially in Johor. Meat (often chicken) is marinated liberally and cooked well on a charcoal grill, giving it a very rich flavor. This is usually accompanied by peanut sauce, which adds extra sweetness to the meat. 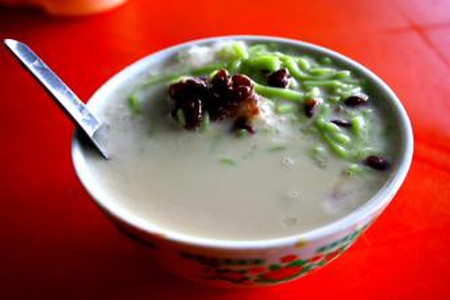 Ice Cendol – Cendol is a traditional dessert across Malaysia, Vietnam and Burma. Containing popular ingredients of coconut milk and pandan leaf, the latter is used to color the jelly noodles green that provides a unique contrast of colors. Shaved ice and palm sugar are added, making the drink refreshing and sweet. When travelling through Indonesia and Malaysia you can find many roadside vendors selling this dessert drink.

Teh Tarik – Particularly important to Malaysian culture and heritage is the consumption of Teh Tarik, a tea containing black tea leaves, condensed milk and sugar. Simple ingredients are made extraordinary through masterful tea makers who pour the tea and milk through the air to create a smooth frothy texture, whilst cooling the tea for consumption.

With so many dishes to consume, Malaysia offers a tour of culinary delights, serving up new and intriguing flavors.