The 6 Most Powerful Yasmin Ahmad Films To Watch 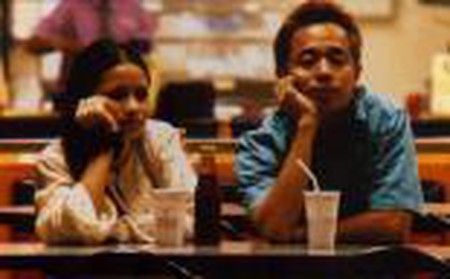 Yasmin Ahmad was a prolific film director who was well established in the international film world. As Debbie Karol McNulty explains, her highly acclaimed work engaged with discourses over race and the search for Malaysian identity in a way that few Malaysian filmmakers have dared to do before or since.

Ahmed was one of the few filmmakers who portrayed and tackled the taboo subject of multiculturalism in this strongly conservative country. Born in Kampung Bukit Treh in Muar, Johor in 1958, Ahmed became part of the new wave of filmmakers in Malaysia that carved out an alternative understanding of Malaysian society. Always highly controversial, Ahmad challenged the traditional studio-system in Malaysian cinema, moving away from artificial pop-up backgrounds, song and dance productions, and long scripts to an emphasis on realism and contextualized surroundings. However, in a sudden and dramatic twist of fate, Ahmad passed away in 2009 at the age of 51 after suffering a stroke. Ahmad left a hugely influential mark on Asian cinema. Here are six powerful films with which she made her reputation.

Ahmad’s first film Rabun is a heart-warming and quirky tale of an old couple’s profound love for each other and introduces us to Orked’s character as their daughter. Rabun is not only amusing, but also enlightening. It contemplates the tension between traditional and modern values as an effect of a changing Malaysian society, and promotes an acceptance of diversity.

Set in Ipoh, Malaysia, Sepet explores the inter-racial love between a Malay girl, Orked, and Chinese boy, Jason, and reveals social attitudes towards mixed race relationships. The film tells of the friendship that blossoms between two teenagers coming from different socio-economic backgrounds. Orked, free-spirited and opinionated, comes from an affluent Malay family and Jason, though from a turbulent, dysfunctional working class background, loves poetry. As we follow Orked and Jason’s story, the social pressure they are put under slowly grows and Jason and Orked eventually separate. Sepet is a moving yet painful story about love that ends in uncompromising tragedy; it was censored in Malaysia and shown only to the public after Ahmad edited out some scenes. However, it was already making waves internationally. Sepet won the Best Asian Film at the 18th Tokyo International Film Festival in 2005 and Best Film in the 27th Créteil International Women’s Film Festival in France in the same year.

Gubra is a sequel to Sepet in which Orked is now married to a much older man who is unfaithful. When Orked is reunited with Alan, Jason’s brother, in an unfortunate hospital incident, the two develop a strong friendship. Orked starts reliving Jason’s memory through his poetry and photos. In parallel to Orked’s story, we follow a muezzin who befriends two prostitutes. In this film, Ahmad emphasizes forgiveness and acceptance as underlying themes for social life in Malaysia.

The last film of the Orked trilogy, Mukhsin, is a prequel to Sepet and Gubra. Here, Orked is a boyish 10-year old who loves playing with Mukshin, a 12-year old boy who comes to visit her village. Mukhsin was one of Ahmad’s most popular films in Malaysia perhaps because of its tale of the innocence of first love and its nostalgic depiction of youth.

Muallaf is a poignant story of two Muslim sisters, Rohani and Rohana, that run away from home and find refuge in a small village where they befriend a Catholic school teacher. Although ripe with connotations of sectarian strife, this film ultimately emphasizes tolerance and religious freedom as a way of life.

Ahmad’s final film; Talentime depicts a modern day talent contest. It focuses on a school competition in which an Anglo-Malay girl from a middle-class family, a hearing impaired Indian boy and a musically talented Malay boy compete. Ahmad interweaves ordinary triumphs and offers the viewers a sense of perspective on the way in which Malay society is changing.