Kellie's Castle: A Haunted Scottish Mansion in the Malaysian Jungle 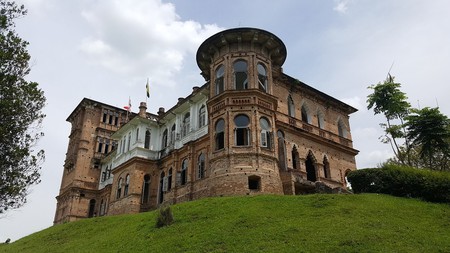 Kellie’s Castle in Perak’s Batu Gajah near Ipoh combines romance, tragedy and mystery. Young Scotsman William Kellie Smith moved to British Malaya, now Malaysia, made and lost his fortune and left an unfinished mansion to be reclaimed by the jungle. Here is the entrancing story.

Meet William Kellie Smith: At the tender age of 21, he decided to leave Scotland and seek his fortune overseas. After arriving in Malaya, William worked as a civil engineer and helped build the roads in Batu Gajah near Ipoh. Following a spate of bad luck with failed businesses and the dwindling coffee industry, William’s future at best looked bleak. But life turns on a dime and his investment in rubber plantations quickly saw William rise to the peak of wealth. A quick return to Scotland prompted by his mother’s terminal health came with a positive twist – William met Agnes, his future wife. Back in Malaya, he decided to build his wife a mansion. The Smith family soon had two children, a daughter named Helen, and Anthony his son. 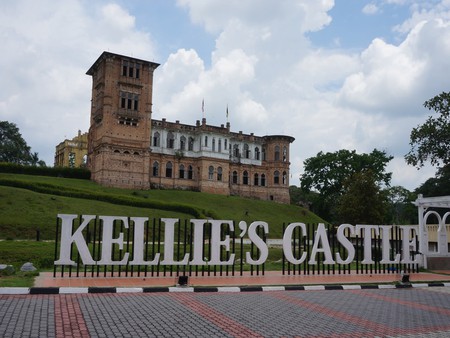 A mansion built for his wife, Agnes | © Sam Bedford

William had a passion for the weird and wonderful. Kellie’s Castle combines several styles. Look closely and see Moorish, Indo-Saracenic and Roman influences. He imported several Tamil workers, and bricks and marble from India. William had a dream. He wanted the biggest and most opulent mansion in Malaya to spite the other snobbish bureaucrats who once doubted his wealth and ability in more desperate times. And he dreamed big. The mansion itself was several storeys high with a huge planned tower, an indoor tennis court and even a rooftop entertainment complex to host parties. It almost had Malaya’s first-ever elevator. Almost. But William’s destiny wasn’t to be as once more his life turned on a dime. Poor investments dwindled his wealth and souring relationships with the other administrators made his future look bleak. 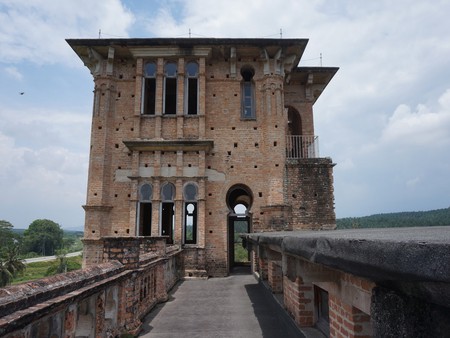 His bad luck culminated in 1926. On a routine trip back to Europe to collect his elevator, William Kellie Smith contracted pneumonia. He died suddenly at the age of 56 in Lisbon, leaving the mansion to his wife and children. Understandably, the grief-stricken family didn’t want to return to Malaya. The Kellie Estate was sold to a Liverpool-based trading company to grow coffee and tea. The new owners didn’t waste their money on completing the mansion. Instead, Kellie’s Castle stood neglected and derelict. The jungle soon surrounded and swallowed it. The unfinished Kellie’s Castle became lost to time.

Kellie’s Castle is shrouded in mystery. Three secret tunnels were discovered with more believed to be hidden. According to eyewitnesses, a car was parked inside one of the passageways in the 1960s. But nothing was ever found or verified as to who the car belonged to. Other rumours tell of the Japanese using the premises to torture and later execute prisoners. 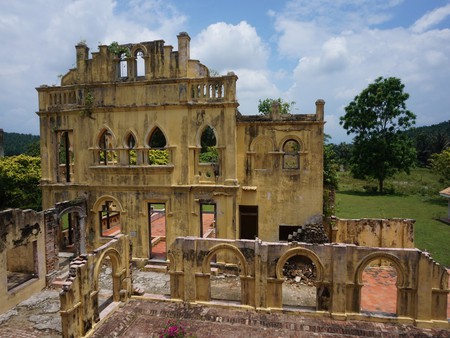 Another part of the unfinished mansion | © Sam Bedford

Rumours of ghosts and spirits

After the rediscovery of Kellie’s Castle, spooky tales with hints of the supernatural emerged. A couple who visited to photograph nocturnal animals, reported to see ghostly figures in the window. Others say William’s spirit restlessly roams the second–floor corridor. Look carefully in his daughter’s room, and her spirit in a white blouse with curly hair might appear. Or just stand still in a quiet room and get the sense of uneasiness. But, William died in Lisbon and was buried in a British cemetery. His wife and children, who probably remember little of the mansion anyway, never returned. 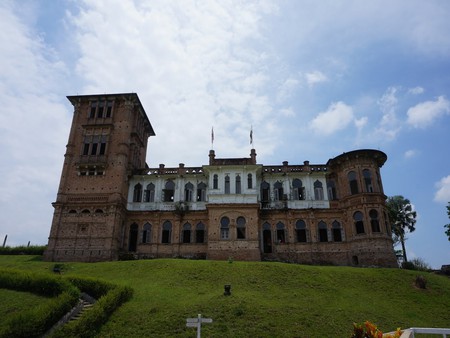 Several Tamil workers died of Spanish flu while building Kellie’s Castle. And we don’t know for sure if and how many the Japanese brutally murdered, whose spirits might be lingering inside the spooky rooms. Is this just gossip and hype to drive tourism or is there something else going on at Kellie’s Castle? Nobody knows for sure.