How to Spend One Week in Borneo 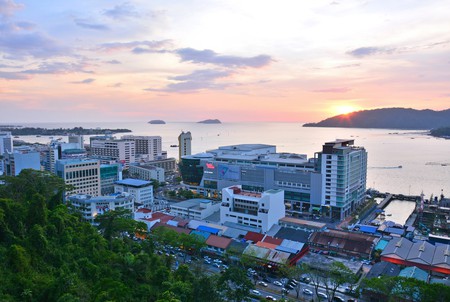 Sunset view of the city from Signal Hill | © Lyciz Mill/Shutterstock

Borneo attracts visitors for its biodiversity, rainforest habitats and tropical islands. Here’s how to spend one week in Borneo without spending a fortune to experience the very best of Sabah, Sarawak and Brunei.

Culture Trip’s one week in Borneo is about as action-packed as it gets while maintaining a realistic itinerary. Expect vast distances on the world’s third largest island and to rely on affordable domestic flights to get around. For accommodation, hostel beds cost approximately RM60 ($15 USD), while comfortable private rooms start at less than RM120 ($30.20 USD) per night. We recommend Grab Car as the fastest, cheapest and most convenient way to get around cities.

Day one: Fly from Kuala Lumpur to Kota Kinabalu

Regular flights make the two and a half hour journey between Kuala Lumpur and Kota Kinabalu. If possible take an early flight that arrives in the late morning. Spend the first day of your week in Borneo exploring Sabah’s capital city. Check out the Floating Mosque, stroll Likas Bay, which hugs the coastline for several kilometres, and snap a panoramic photo of Kota Kinabalu from Signal Hill Observatory Platform. In the evening, experience Borneo’s spectacular sunset on the beach at Tanjung Aru. Plenty of budget-friendly restaurants serving both local and Western food as well as fresh seafood are along Gaya Street and the Waterfront. 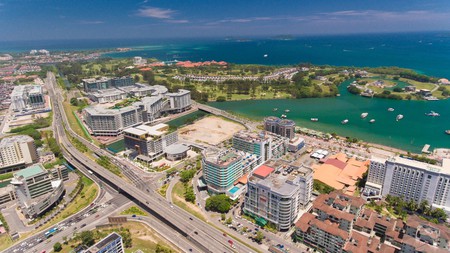 The five-island Tunku Abdul Rahman National Park’s crystal clear water and pristine sands attract snorkelling enthusiasts and beach lovers. Adventurous tourists can island hop on a day pass from Jesselton Point or stick to one and spend the day relaxing. Head to Manukan, the second largest island, for beaches and snorkelling. More adventurous travellers should head for Gaya, the largest island, and walk through a floating village, hike in the jungle and enjoy hidden and secluded coves. Sapi and Mamutik Islands get fewer visitors and are our favourite spots for diving and snorkelling. Sulag is further away and more difficult to reach. 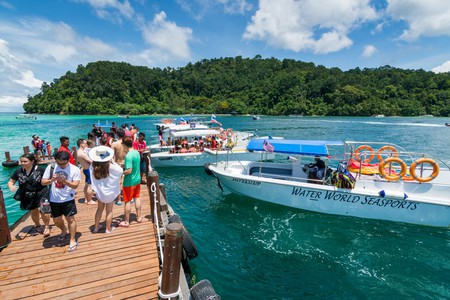 The fastest way from Kota Kinabalu to Sarawak’s capital Kuching is a one-hour-and-20-minute flight from KK Airport. After arriving in the ‘City of Cats’, explore the Old Bazaar and Carpenter Street, stroll along Kuching Waterfront and visit the Sarawak State Museum. Feline lovers can wander the streets in search of the famous cat monuments and check out the Cat Museum. All tourists should taste Sarawak Laksa during their one week in Borneo and Kuching is the best place to find it (we recommend Poh Lam Laksa). Marvel at the Astana (Palace), Fort Margherita and the magnificent Sarawak State Legislative Assembly on the opposite side of the river in the evening. 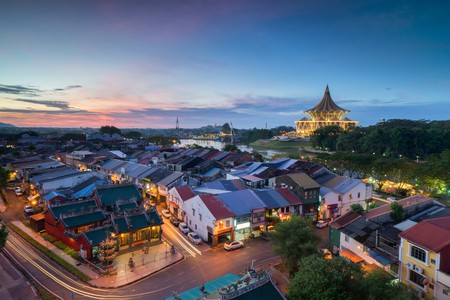 One week in Borneo wouldn’t be complete without experiencing the rainforest, and Bako National Park sits conveniently within an hour by bus from Kuching. Sarawak’s oldest national park offers visitors the ultimate jungle experience without arduous trips into the interior. Colour-coded trails penetrate the dense foliage, taking hikers to cliffs, hidden beaches and mangrove swamps. Wild (but gentle) proboscis monkeys live here too. Tourists can buy food and drinks from a restaurant near headquarters, but bring extra just in case. 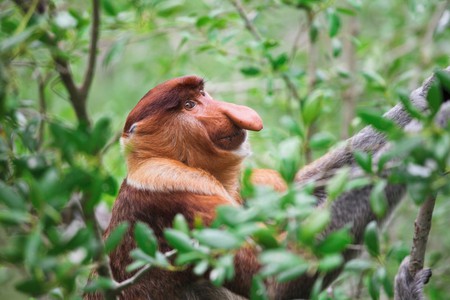 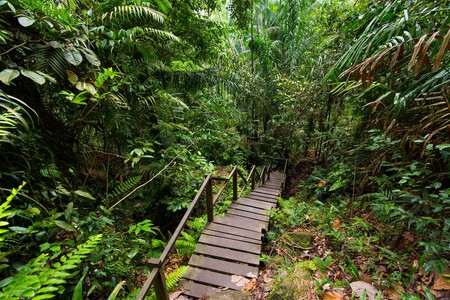 It’s back to the airport for a one-hour flight to spend 48 hours in Miri, Sarawak’s booming oil town. While the city (which is more like a large town) doesn’t appear to have much on the surface, it does provide an insight into Malaysia’s oil industry. Explore the city, climb Canada Hill for panoramic views of Miri, and visit the Grand Old Lady oil rig replica. The adjacent Petroleum Museum is worth 30 minutes or so too. Visit the urban Miri Fan Recreation Park in the afternoon before witnessing Sarawak’s mesmerising sunset at Brighton Beach (Tanjong Lobang). 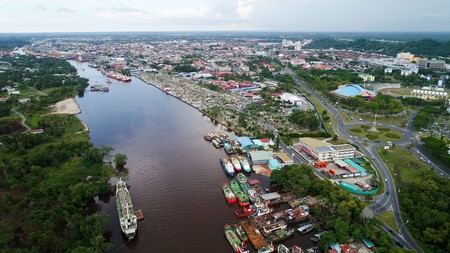 Miri acts as a gateway to the historical Niah Caves and UNESCO-listed Gunung Mulu National Park. Sadly, visiting the latter is costly and inconvenient on such a short trip. Most tourists with just one week in Borneo should focus on the equally breathtaking Niah Caves, which are approximately one and a half hours south of the city by car. Highlights include prehistoric rock art, limestone cave systems with boardwalks passing through and canoe-shaped coffins. Archaeologists discovered what’s believed to be Southeast Asia’s oldest human skeleton here. For perspective, Homo sapiens first migrated into Eurasia some 50,000 years ago. Scientists found human remains in Niah over 40,000 years old, making it a vitally important site in our understanding of early human evolution.

Day seven: Side trip to Brunei

To finish a one-week trip to Borneo, take the two-hour bus from Miri to Brunei’s capital Bandar Seri Begawan. The tiny Sultanate is among the world’s least visited countries (pro tip: double and triple check visit requirements beforehand). In the capital, visit Sultan Omar Ali Saifuddin Mosque with its artificial lagoon near the waterfront and get an insight into the Sultan’s opulent lifestyle at the free Royal Regalia Museum. Photographers love the sprawling floating village, which houses over 30,000 residents and is often referred to as the ‘Venice of the East’. Direct flights leave Bandar Seri Begawan to Kuala Lumpur, Manila, Bangkok and Ho Chi Minh City.

After two days in Kota Kinabalu, take the three-hour ferry to Labuan, a duty-free island near both Sabah and Sarawak, for night three. Regular boats travel to Bandar Seri Begawan for day four before catching the bus to Miri and flying to Kuching. Or start in Kuching and follow the route in reverse, departing home from Kota Kinabalu. 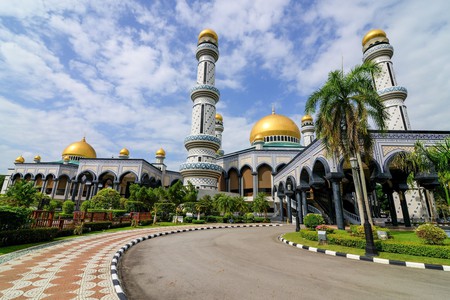 One week in either Sabah or Sarawak

Tourists might also choose to spend their entire one week in Borneo exploring just Sabah or Sarawak. A full week in Sabah allows tourists to visit and climb Mount Kinabalu, check out some of the islands on the East Coast such as Sipadan and see orangutans at Sepilok or Danum Valley. Likewise, seven days in Sarawak provides more flexibility to explore the caves and national parks as well as trekking to traditional longhouses in the jungle.