How Malaysians Are Fighting Homophobia in Their Country 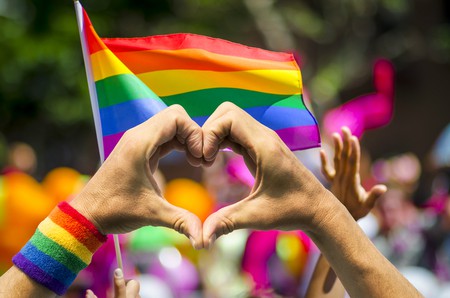 Malaysia’s official stance on LGBT issues has long been unequivocal and unforgiving, but it doesn’t mean that change isn’t on the horizon, especially at grassroots level.

In Malaysia, it’s no secret that you could be imprisoned for sodomy, convicted for cross-dressing, and thrown into ‘anti-gay’ camps for ‘effeminate’ behavior. The Penal Code 377 explicitly forbids sodomy and ‘carnal intercourse against the order of nature,’ and former Prime Minister Najib Razak has compared LGBT groups to Islamic State terrorists for influencing the nation’s youth.

With such unambiguous hostility towards the LGBT community, it’s no wonder they have gone underground or decided to find repose elsewhere.

When asked if the situation in Malaysia is getting any better, a 25-year-old citizen, who does not wish to be named said: “Yes and no. The younger generations who are more exposed to global news are more okay with it now, but the growing number of extremists in Malaysia can be quite worrying for me too.”

Indeed, it seems as though there is a growing militantism and more ‘well-meaning’ efforts to lead the ‘stray’ back to the ‘straight’ path. In 2017, an 18-year-old boy was burned and beaten to death for being a pondan (a derogatory term for a transgender person), a 26-year-old transgender woman was knifed and shot dead a few months later, and a local newspaper recently published a ‘checklist’ on identifying potential gay and lesbian people.

But just because the conversation is suppressed, doesn’t mean that it’s non-existent. Social media star Arwind Kumar has released a video in response to Sinar Harian’s ‘checklist’, saying: “It’s so disappointing to see how people actually waste time posting articles like this on newspapers instead of spreading actual awareness, actual education, which can actually save the lives of many out there.”

And while it seems that the legal system on gay rights has not budged since pre-Independence, the Malaysian Bar has proved more than willing to hear its advocates out. This speech on gay rights was the winner in the Human Rights Debate-Public Speaking Competition in 2008.

She added: “I also hope that you will join me in the cause to uphold gay rights. But if that is too much to ask of you, then I appeal for tolerance.”

Local LGBT rights activists have also been fighting against the country’s general air of homophobia. In response to the health ministry’s national film competition with its implicit theme of preventing homosexuality, activists Nisha Ayub and Pang Khee Teik have expressed their shock.

“This is encouraging discrimination, hatred, and even violence towards the minorities,” says Ayub.

Elsewhere, the annual sexuality rights festival, Seksualiti Merdeka, has been banned since 2011, but Rainbow Rojak, one of KL’s longest-running queer community nights, is still going strong. And the youth-led newspaper R.AGE is raising awareness on school-level bullying against students who are mocked and tyrannized for being ‘soft’ and ‘pondan.’

Disney’s The Beauty and the Beast was also originally banned for release in Malaysian cinemas due to its supporting of gay character, Le Fou, but the decision was reversed later after the reviewing committee decided that the scenes were not offensive.

So is there hope for the LGBT community in Malaysia? Is Malaysia becoming more open-minded?

Says 24-year-old Lee*: “The younger generations, definitely. It’s different now for them, compared to us Gen Y who grew up in a different kind of childhood. Some of them are even more expressive and find it easier to be themselves these days.”

However, Lee also adds: “I cannot say the same for the older generations but there are some who are very open to the idea and very accepting of their children. It’s really heartwarming to read these happy stories when I see them trending on social media.”

*Real names have been concealed to protect anonymity.