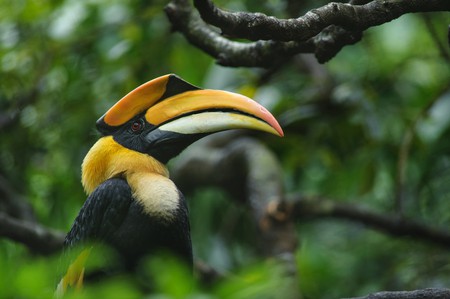 With a long, curved bill and a bright upturned casque on their heads, the hornbill arguably has the most interesting profile amongst their feathered brethren. It’s not only the symbol of the Malaysian Democratic Action Party, but it is also an important symbol for tribes in East Malaysia. Read on to find out more about these fascinating birds! 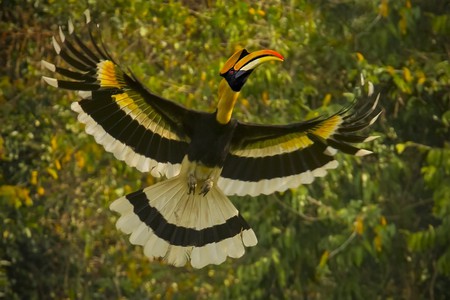 To support their heavy bills, hornbills have developed strong muscles as well as fused vertebrae in their neck, which is a unique feature among birds. This is why their necks are thicker than the average bird. Hornbills also distinguish themselves by being the only birds with eyelashes. 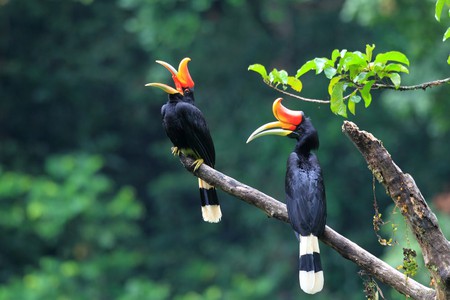 Hornbills stick with their families

Hornbills keep their chicks close. The size of their flock ranges from a family group consisting of the parent birds and their chicks to a large group made of hundreds of individual hornbills. Talk about sticking together!

Hornbills can be friends with monkeys

They eat the insects that annoy monkeys and can also learn to recognise the warning calls monkeys give out when they see humans.

Male hornbills bring food to the female over the period of a month to prove themselves worthy mates. Having a bright casque helps their suit. Where peacocks impress peahens with their colourful plumage, male hornbills impress with their casque. (No, that’s not an innuendo.) 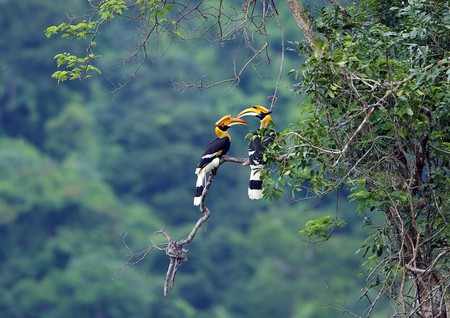 Female hornbills barricade themselves in their nest

Hornbills nest in the holes of hollow trees. The female seals the hole with clay and faeces, leaving only a small hole in the wall through which she can receive food from her mate. This wall protects her and her chicks from predators. 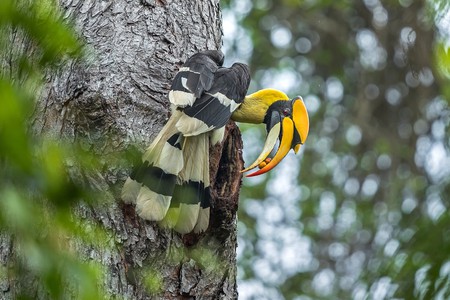 During the nesting period, the male hornbill is the only source of food for his mate and chicks. He transfers the food through regurgitation and can regurgitate up to 60 fruits at one go. 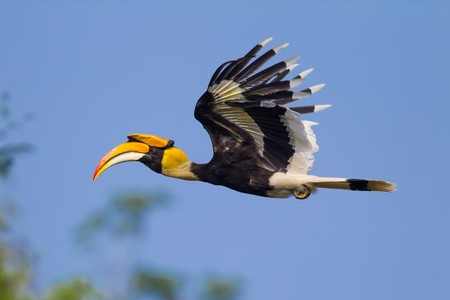 Hornbills have their own Morse code

During the female hornbill’s confinement, the male communicates by beating his wings against the nest. It’s said that the noise resembles a steam engine because of the structure of their plumage.

The hornbill’s impressive bills double as climbing aids. They use it to climb up trees, like parrots. Hornbills also use their bills like a trowel. Female hornbills set up their sealed nest purely with their large bills. 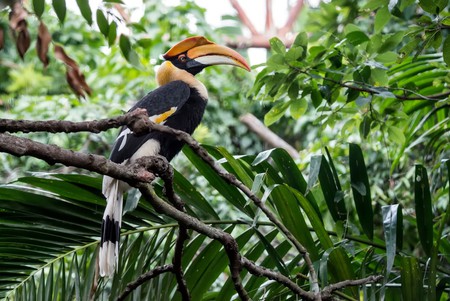 Hornbills are important symbols of the Dayak tribe

The Dayak tribe of Borneo consider the hornbills emblematic of the spirit of God. Having a hornbill fly over a household was a sign of good fortune to come. As such, hornbills are incorporated into aspects of their culture, like their art, ceremonial dresses, and dances. 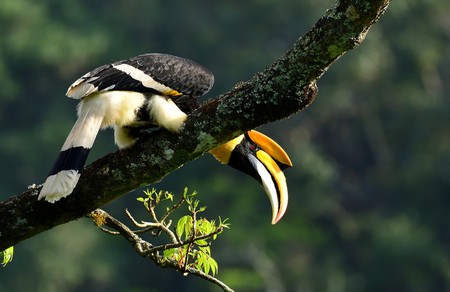 Not all bills are made the same

The bills of smaller species are made of spongy tissue, while the larger species boasts bills made of ivory-like bone. In some cultures, the bone bills are made into highly prized ritual items.

Eight species of hornbills can be found in Sarawak 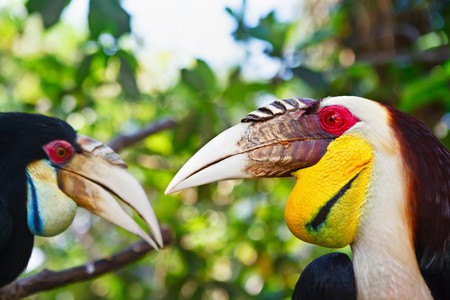