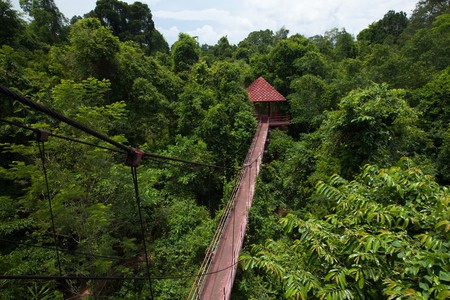 You’ll find the world’s highest concentration of wild orangutans and a rainforest lodge fit for royalty. Throw in exceptional biodiversity, insects the size of your arm and world-class research facilities. Welcome to Danum Valley: Malaysia’s very own Galápagos Islands.

Borneo’s 130-million-year-old Danum Valley is home to unmatched biodiversity and a world-class research facility. This bowl-shaped valley houses hundreds of species of wildlife, many of which remain undiscovered. Culture Trip explores Malaysia’s untouched jungle paradise, a favourite of both Sweden’s King Gustav and Britain’s Prince William.

Early morning mist hangs above the valley as the enormous equatorial sun rises above the dense, verdant canopy. The forest wakes to the buzz of cicadas and a chorus of hoo-hoo-hooing gibbons. Danum Valley, a jungle in Borneo covering an area roughly the size of Singapore, holds many titles. Most can see why this spot is known for its biodiversity—after all, it has the planet’s highest concentration of wild orangutans. It also houses almost every species of primate in Malaysia, including the strange pot-bellied proboscis monkeys. Rangers claim a handful of the critically endangered Sumatran rhinos occasionally roam near Danum Valley too. It’s easy to see why European royalty has travelled halfway around the world to explore Danum Valley’s deep interior. 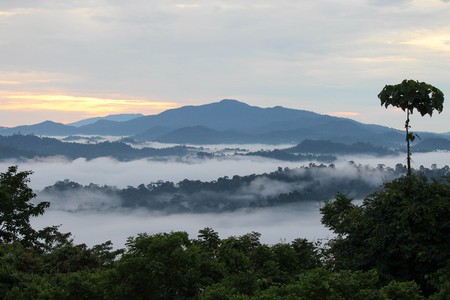 Biodiversity Darwin would be proud of

It’s a long way to Danum Valley, but the journey is worth it. Witnessing Borneo’s biodiversity is a privilege: Picture eating breakfast while a family of long-haired orangutans sit in the nearby tree branches. Imagine the thrill of following trails to the tiny pygmy elephants (Asia’s smallest elephants). Look up into the colossal trees (Danum Valley has the world’s tallest tropical trees) and see cute black sun bears hugging the trunks. Danum Valley is also a bird-watching haven: More than 270 species of birds, including eight types of the cartoon-like hornbill flutter around the canopy. In 2017, the previously undiscovered spectacled flowerpecker made an appearance here—so keep your eyes peeled for this little fluffy black-feathered bird!

Enter the smaller lifeforms. Researchers discover new species of insects on an almost weekly basis. Butterflies the size of your head flutter around while countless supersized bugs march along the forest floor.

More than 15,000 species of plants and flowers grow in Danum Valley. These include colourful orchids and the creepy carnivorous pitcher plants. The inverted bell-shaped pitchers entice bugs inside by omitting a sweet scent before digesting them alive. 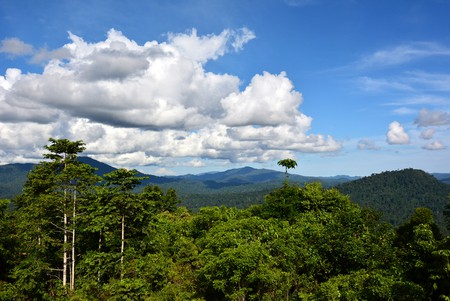 Countless activities are on offer in Danum Valley, catering to the eco-tourist within us all. Guides with over 20 years of experience hiking through the rainforest take tourists around trails to waterfalls, rivers and habitats.

Brave travellers can follow in Prince William’s footsteps and climb the bamboo ladders attached to the soaring trees. On the canopy walks near the Field Centre, there’s the perfect vantage point to spy on unsuspecting wildlife.

Night safaris cruise along Danum Valley’s logging roads, where visitors can look into the almost hypnotic glowing yellow eyes of buffy fish owls. Watch out for the occasional clouded leopard in the scrub and civets dashing in front of your jeep.

Danum Valley has a few mysterious 300-year-old pagan burial sites too. There are plenty of other things to do in Danum Valley as well. 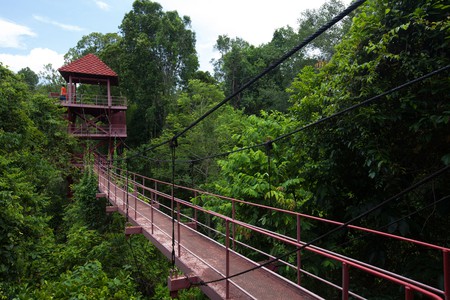 Accommodation fit for a king (and prince)

Borneo’s jungle isn’t just for conservationists and eco-tourists. On two occasions, the jungle hosted European royalty: first, King Gustav and Queen Silvia of Sweden in 1996, then Prince William and Catherine, the Duchess of Cambridge in 2012. Both stayed in the ultra-luxurious Borneo Rainforest Lodge. For approximately $1,000 per night, you too can wake up in the jungle like royalty. Danum Valley’s hostel caters to budget-conscious travellers—a bed costs as little as $20 per night.

How to get to Danum Valley

Danum Valley is far from civilisation. From Kuala Lumpur, travellers first need to reach Kota Kinabalu in Sabah, then find a connection to Lahad Datu on the east coast before a two-hour drive along logging roads to the Danum Valley Field Centre where visitors stay.

Independent travellers need to take the shuttle bus that operates on Mondays, Wednesdays and Fridays or arrange a private transfer. Representatives will meet travellers on a tour at Lahad Datu Airport and take them to the Danum Valley Field Centre. Here’s more information on how to get to Danum Valley. But act fast—visitor numbers are limited to preserve its protected status. 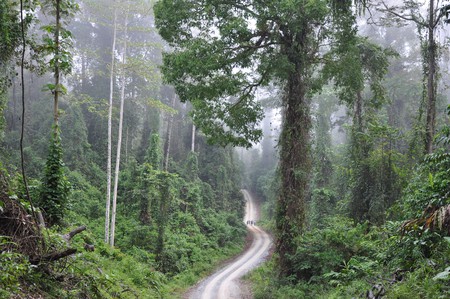