City on a Plate: A Tour of Kuala Lumpur From the Chef Reinventing Malaysian Cooking 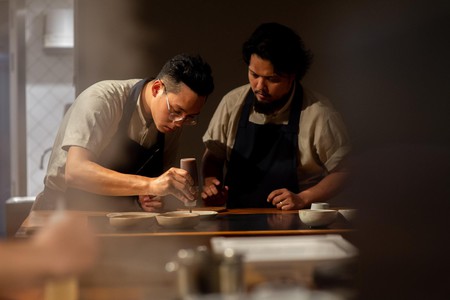 Dewakan is experimental, with a focus on fine produce | Courtesy of Dewakan

Culture Trip talks to the world’s most talented chefs about the cities that inspire them and the sights, smells and sensations that drive their approach to food. Darren Teoh, head chef at the first Malaysian restaurant to appear on the Asia’s 50 Best Restaurants list, shows us the remarkable diversity of Kuala Lumpur.

Chefs chopping methodically. Pots clanging and banging. White smocks blurred in flux. Stepping into Dewakan, it’s easy to think you’ve come in through the wrong door. Instead of a stylish bar or reception area, diners are greeted by the commotion of a busy kitchen – it’s jarring, but very much intentional. “We want guests to remember that there are people cooking their food,” says head chef Darren Teoh.

While undoubtedly unusual, to Teoh there’s nothing strange about his restaurant’s entrance. As he was growing up in his grandmother’s house, the kitchen was the centre of the family – a place for talking and relaxing, as well as cooking. As such, it’s a space he’s always felt comfortable in; somewhere his presence feels natural. For him, “life surrounded the kitchen” – a feeling he wanted to recreate at Dewakan.

Dewakan’s entrance, just like its food, takes an unorthodox approach to haute cuisine. It’s experimental, with a focus on fine produce, something Teoh gained an appreciation for in Singapore while working for the award-winning Les Amis Group. Upon returning to Malaysia around 2010, Teoh turned his gaze to molecular cooking during a teaching stint at KDU University College. The two would culminate in Dewakan, with Teoh and the university collaborating to open the restaurant in 2015. Finally ready to steer his own ship, Teoh looked to home for inspiration.

The menu at Dewakan is laden with obscure ingredients, sourced from Malaysia’s verdant hinterland, tropical forests and rich seas. Jungle nuts and fruits, such as kulim and nam nam, are used to craft delicate desserts; shards of compressed pumpkin garnish goat tartare; king prawns are served with kerdas (a type of wild seed) and banana blossoms. Green ceramic urns, each filled with yet more produce – fermented banana, coconut milk, soybeans – line the kitchen shelves. Leftovers, transformed by the fermentation process, are used anew in different recipes; it’s this curiosity that has led Dewakan to the top of Malaysia’s fine-dining scene. Culture Trip spoke to Teoh about Kuala Lumpur, cultural fusion and the simple nuances that make a city special. 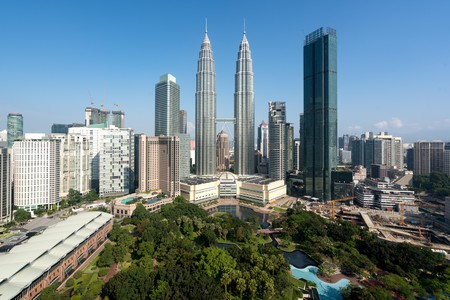 I’m Darren Teoh, head chef at Dewakan. From the beginning, what we’ve done is look at the ingredients that this land produces, and find the best way to serve them. That’s really the crux of what this restaurant is about. We find ways to serve ingredients that are less popular and more unknown in a way that satisfies us, and makes us think, “this is interesting”.

You could take us and put us in, say, Brazil. Sure, the ingredients would change, but the ethos to push boundaries would be the same. By doing that, we also make other people uncomfortable – we’re very comfortable with being uncomfortable.

Instead of a flavour – it’s too simplistic – I would say melange. For this nation and this city, there’s just so much going on. There are so many cultures that define Kuala Lumpur, a little bit like New York or London. You have generations of people who have amalgamated themselves here. They’ve intermarried; there’s a cultural fusion of different meals and tastes brought together into something very interesting.

My dad’s Chinese, and my mum is Indian; we speak only English at home. Our meals were things like Chinese salted vegetable soups with curry and rice on the same plate. There was no rule, “We have to have it this way, we have to have it that way.”

In the way I grew up, that’s how I see the city as well. There are so many options. Just take Chinese food alone: you can have noodles today, roast pork tomorrow, dim sum at 4am. There’s always something – and I think that’s what this city is about. It’s hard to lose weight here.

The people of KL are very joyful. Here, you can walk through the streets and have a conversation with a random stranger – they might not understand a word you’re saying, but they will make an effort, just because they value that encounter, that experience. Most people in the city are like that. They’re not too difficult to open up.

Where do you love to go in your city?

I like Lebuh Ampang. It’s quite an old part of the city, with a lot of Indian restaurants. It reminds me of an old KL, before all the towering buildings. There’s a different kind of busy-ness to it; it’s got a nice vibe. It stands for a time when things were smaller, closer together, and I kind of like that.

Where do you love to eat in your city?

Sambal Hijau in Kampung Penchala. This place has 50 dishes up on display: you get rice and you pick anything you want – it’s typical Malay cooking. You’re just overwhelmed with the assortment that they have. Whenever I have guest chefs over, I take them there. It’s best to be there by 11.30am, before the crowds start to come in, because then it’s chock-a-block. That, and Wong Mei Kee in Pudu. He does Chinese roast meats – very good stuff.

Which of your dishes best expresses the character of the city?

All of them. My understanding of Kuala Lumpur is that it is actually multiple cities. We might have a dish with 20-plus preparations in it and all of them have a unique aspect – some are big, some are small. The city is like that.

For Kuala Lumpur, there’s this overtone of the Pavilion Mall, the Mandarin Oriental Hotel and KLCC [Kuala Lumpur City Centre]. But there’s also an undertone: the guy who’s been selling a particular noodle dish for the past 50 years, or the key maker who works under a tree by the side of the road. There are all of these nuances that make up the city. It’s an organism. 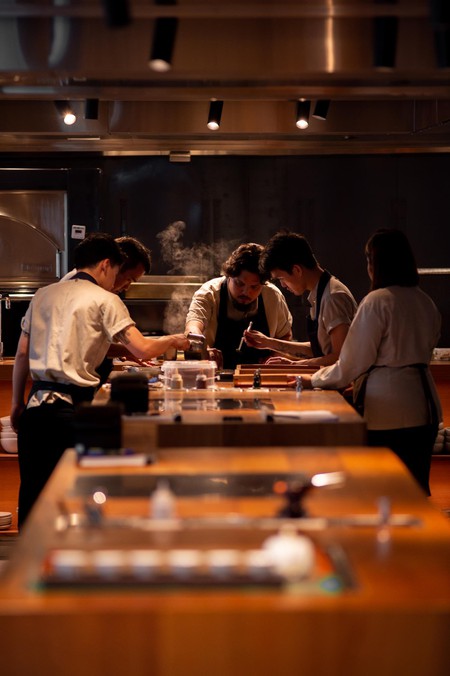 Dewakan is one of Asia’s best restaurants, and owes its success to the creativity and skill of its head chef | Courtesy of Dewakan

Darren Teoh is the head chef of Dewakan, the first Malaysian restaurant to appear on Asia’s 50 Best Restaurants in Kuala Lumpur. Book a table, and keep up with them on Instagram.