The Best Food Trails in Malaysia 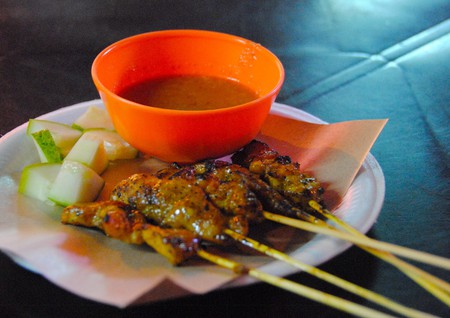 Malaysia is best known for its food so what better way to explore it than by going on a food trail? The first two trails are set in the states of Penang and Melaka – states which Malaysians flee to for a food odyssey – while the final one is centred in the tourist-friendly KL Chinatown.

Head over to Fong Lye Cafe to sample the famous peanut butter chee cheong fun. To be clear, the cafe does not sell this dish. The pushcart in front of it does. The regular version of chee cheong fun already boasts silky rice rolls coated with prawn paste, but the peanut butter adds a creaminess and another dimension to the dish that makes it singular. 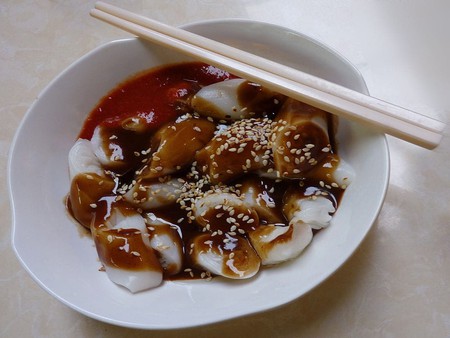 Assam Laksa is a dish famous all over Malaysia but the consensus appears to be that Penang’s is the best. What is it? Sour and spicy noodles in fish broth, made brown by shrimp paste, that hits the right spot after a morning of exploring the island.

Rojak are a hit or miss. It has egg, fruit, vegetables and is doused in sweet, spicy sauce. There are a mix of flavours in there that are surprisingly refreshing on a hot day. Some people describe this dish as confusing, but the people of Penang sure love it. 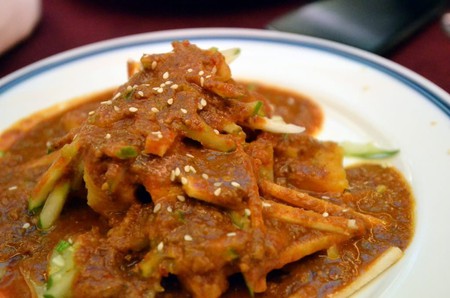 Ghee Hiang is the oldest biscuit shop in Penang and quite literally, is a cultural institution in Penang. A pack of their biscuits is the most common souvenir a day traveler buys. Visit their shop (early if possible because the popular biscuits run out hours before closing time) and get a pack of tau sar piah or phong piah to see what the craze is about.

Coconut shakes might appear the odd one out in this list, not having a funny name and all, but the coconut milkshakes at Klebang are not to be underestimated! Despite being a simple drink, their coconut milkshakes have gained enough fame through word of mouth that day tourists will go out of their way to get a glass of this coconut water, coconut flesh, and vanilla ice-cream.

Somehow, Chung Wah has managed to turn the level to 11 with their chicken rice balls. On the cosmetic level, the only difference between their dish and regular chicken rice is that instead of a bowl of rice (cooked with chicken broth – yum!), the rice is ball-shaped. It’s not only a fun dish to eat but the extra starch gives the rice a bit more bite. 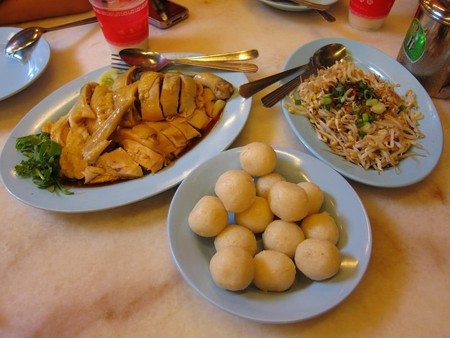 Plenty of trendy cafes have popped up in Melaka these past few years. More than a few of them take advantage of the beautiful colonial architecture. Enjoy an excellent cuppa, while admiring the 19th-century decor of converted townhouses.

To round it all up is cendol, a bowl of ice, coconut milk and thick, heavy gula melaka. Topped with rice-flour jelly that looks like tiny green worms, cendol is thick enough to eat with a spoon, or to drink once all the ice melts. Those who are brave enough should order the cendol with durian. 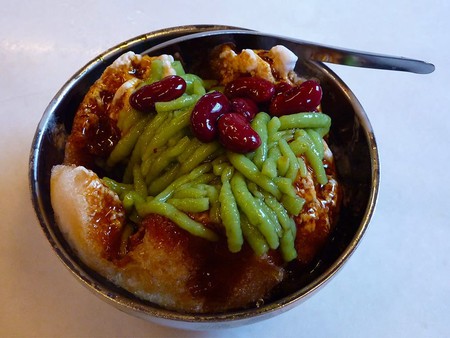 Beef noodles are Shin Kee’s only offering, and after biting into an innocent looking meatball, it is easy to see why. It packs a lot of flavour in such a tiny package. The choices at Shin Kee are limited to the type of noodles, size of the portion, and whether or not to include offal.

Bak hu (‘dried meat floss’) or bak kwa (‘salty sweet jerky’) will cure any case of the munchies while exploring the vivid colour and chaos of Petaling Street. The square bak kwa will look unfamiliar to jerky aficionados, but will find fans in anyone who likes their meat honey glazed.

Tau foo fah is a soft tofu pudding infused with sweet ginger syrup. It ticks the box for a sweet tooth as well as a (relatively) healthy dessert.

Complete the journey with tau foo fah from the Uncle bean food cart (usually parked at the intersection in Chinatown).