An Overview of Malaysia's Tribes and Ethnic Groups 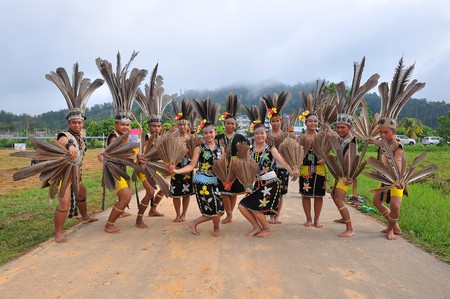 The Ethnic costume of Murut from Sabah | © jaiman taip / Shutterstock

The term multicultural is an understatement when describing Malaysia and Malaysians. From ethnic Malays, Chinese and Indians to Sabah’s and Sarawak’s indigenous tribes and former headhunters, the nation boasts an unparalleled mixture of ethnicity and culture.

Several groups identify as one of the 28 million Malaysians. Malays form approximately 50% of the population followed by Chinese (23%), Indian (7%) and a variety of indigenous groups. Once a series of smaller isolated communities, the Malays have inhabited the region for centuries. British colonialism transformed the country into an economic powerhouse and encouraged an influx of Chinese and Indian workers. Today, Sunni Islam, Buddhism, various denominations of Christianity, Hinduism, Sikhism, Taoism, Confucianism and even the remnants of Animism and Paganism are religions in Malaysia.

Forming the largest indigenous group in Sabah, accounting for approximately 28% of the population, the Kadazan-Dusun are just one of several ethnic groups and subgroups in East Malaysia. Once practising animism, British missionaries converted many to Christianity in the 20th century.

Rice cultivation plays a vital role in local culture and society with paddies growing around coastal Sabah and along mountain and hillside terraces. Each stage of growing and harvesting was once associated with a specific ritual to appease spirits. Today, this strong connection to rice and traditions can be experienced at the annual Harvest Festival, or Kaamatan, held on May 30 and 31. 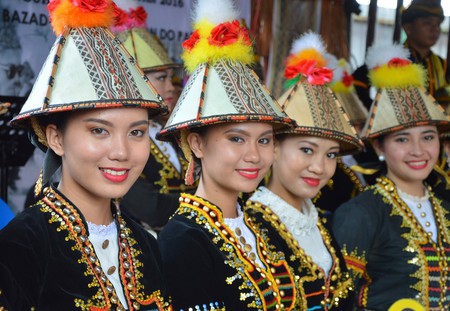 Kadazan ladies from Papar, Sabah during the Harvest Festival in May | © Sylvia sooyoN / Shutterstock

The Bajau, Sabah’s second-largest ethnic group, originated from the Southern Philippines before moving to East Malaysia in the 16th century. Along the east coast, the Muslim Bajau have retained their seafaring ways and continue to live near the water, earning the nickname ‘Sea Gypsies’. The sometimes semi-nomadic sea dwellers have a reputation for fishing. Bajau communities in Western Sabah near Kota Kinabalu cultivate rice. A characteristic is a preference to ride animals, especially horses, which transformed them into highly skilled riders. Horse racing with expert Bajau ‘cowboys’ dressed in colourful costumes is a regular event in Tuaran, a small town between Kota Kinabalu and Kota Belud. 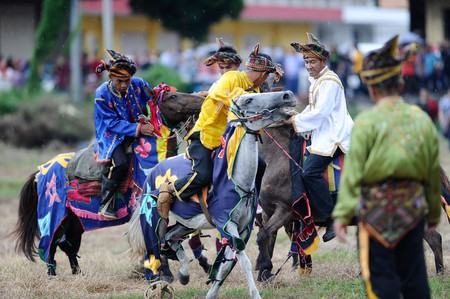 The Murut in Sabah live in the interior and are known as the ‘hill people’. Comprising several subgroups and boasting multiple languages, the Murut make up one of the more interesting ethnic groups in Sabah. The ancient headhunters had a fearless reputation. Dwelling in longhouses and becoming expert hunters of both animals and humans, the Murut once presented an intriguing set of culture and traditions. From ritual fire dances, to welcome the darkness after sunset, to banging gongs to scare away evil spirits, the ethnic group has a rich collection of traditions that are sadly beginning to die out.

Sarawak’s Iban forms almost 30% of the state’s population. Having large communities in Sarawak, Brunei and Kalimantan, the ruthless headhunters have deep traditions dating back centuries. The Iban form the largest ethnic group in Sarawak and followed animistic beliefs until large numbers converted to Christianity. Tribal tattoos created by traditional bamboo needles along with their infamous rituals are among the more famous traits of this ethnic group in Malaysia. 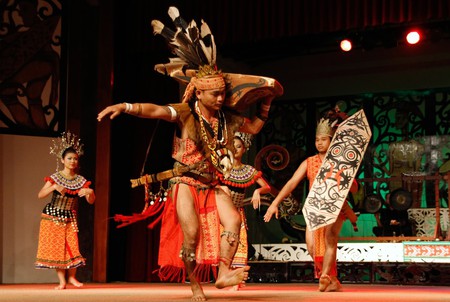