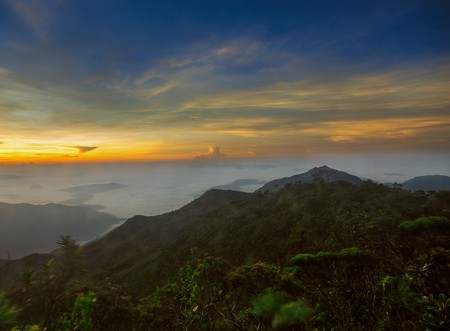 Sunrise view at the peak of Mount Tahan | © Yiennoor / Shutterstock

Want to test your endurance climbing West Malaysia’s highest and toughest peak? Covering dozens of kilometres through primary rainforest, the average climber takes a whopping week to complete the journey. Here are some essential tips on how to climb Mount Tahan, plus a rundown on the trails and throws.

Gunung Tahan, aptly named Endurance Mountain in English, lives up to its name. Mountaineers need to pass through several days of tough jungle trekking before they even reach the 2,187-metre (7,175-feet) beast. Culture Trip explores how to climb Mount Tahan and reach the peak of Malaysia’s most challenging climb.

Mount Tahan in the Tenasserim Hills dominates Taman Negara National Forest in Pahang State. Reaching the summit involves battling kilometres of thick foliage, crossing fast-flowing rivers and scrambling along muddy trails – and this is just to get to the base of the mountain. Anticipate between four days to a week (return) of gruelling conditions, slogging through one of the world’s oldest rainforests. Despite lacking the height of its sister Mount Kinabalu in Sabah, the challenge of scaling Mount Tahan is on another level. 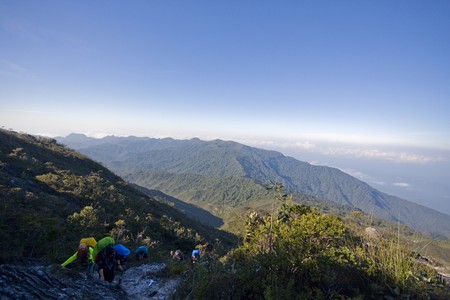 Two trails lead to the summit of Mount Tahan. The Kuala Tahan Trail starts in Kuala Tahan village and takes approximately one week there and back. The shorter Merapoh Trail is less scenic, but most climbers finish in four days. Another third route combines entering on the Merapoh Trail before returning along the Kuala Tahan Trail. Hostels and camping facilities are found on both routes, costing less than RM20 ($4.90 USD) for a bed and even less for a camping plot.

The 55 kilometre (34 miles) southern Kuala Tahan Trail starts in the sleepy village of Kuala Tahan. Climbers often spend the night in nearby Jerantut town before taking the bus or taxi to Kuala Tembeling. From here, it’s a three-hour boat ride upstream through the meandering muddy river to Mount Tahan Park HQ. All mountaineers need to register. Expect the trail to transverse the steamy rainforests, along mountain streams and over precarious ridges. Apart from the physical challenge, this route offers some of the most spectacular scenery imaginable – leaving you face-to-face with Malaysia’s ancient jungle.

The four-day western Merapoh Trail is more popular among those with tighter time restrictions. From Park HQ in Kuala Jaram village, trekking distance is just 32 kilometres (20 miles). To get here, take the bus from Kuala Lumpur towards Kelantan’s Kota Bahru or take the train directly to Merapoh. Tour companies provide transport from the village to the trail. Hikers first pass over a jungle-style suspension bridge before entering the forest. Expect steep climbs, dangerous river crossings over wet rocks and gorgeous views.

Pro tip: Be aware that some call this route the Merapoh Trail while others use Sungai Relau (Relau River). Both refer to the same route.

How to hike Mount Tahan

In theory, it’s possible to scale Mount Tahan independently. But finding out the costs and details beforehand can be a frustratingly slow and unfruitful task. Tours start at RM2,500 ($612 USD) with groups up to four people. The price includes all admission fees, camping costs (you still need to bring your own equipment) and transfers. While it might be possible to hike solo, you still need a mandatory guide from Park HQ. Recent estimates suggest they’re at least RM500 ($122 USD). Culture Trip recommends paying the extra (or splitting the tour cost with friends) for the sake of convenience. 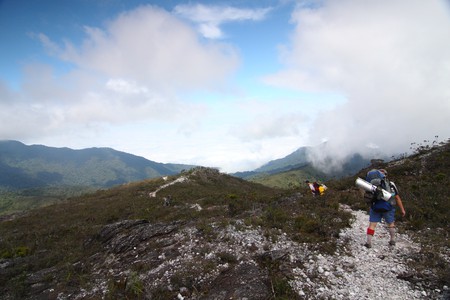 First and foremost: pack light. Think lightweight tents, equipment and clothes. At the top, temperatures in December and January can dip to freezing, with lows in the single digits at other times of the year. Make sure you have something to keep yourself warm. Remember to pack a power bank to charge your camera, insect repellent and waterproof protection for both yourself and any electronics.

Pro tip: Forestry officers conduct a thorough count of your items before you can start. They issue fines for everything you don’t bring back.

Climbing Mount Tahan isn’t for the faint-hearted. You need to be fit and prepared. Anticipate steam room-like conditions in the lowlands and chilly nights near the summit. Swarms of mosquitoes will feast on climbers from above, while bloodsucking leeches attack from beneath. There’s a very real threat of poisonous snakes that pack a powerful and deadly bite. But persevere through this harsh environment, endure the challenge and you’ll have an incredible feeling of accomplishment when you reach the summit. Not everyone has the chance to experience the jungle first-hand, wake up to the buzzing cacophony and watch monkeys swing from the trees above. 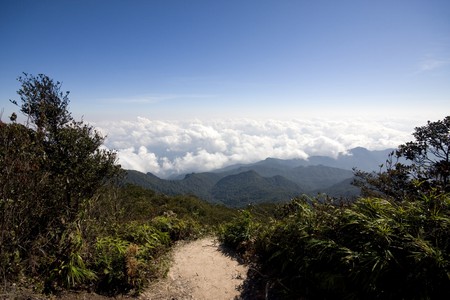