The 10 Best Sites To Visit In Malaysia

The rich cultural panorama of Malaysia is defined by its diversity. The country is home to an ethnic mix of Malays, Chinese and Indians, as well as several indigenous groups who maintain age-old cultural traditions. This diversity becomes apparent as you travel across the country and the abundance of cultural attractions and activities is revealed. We take you to the best sites in the country, and reveal the best ways to experience Malaysia. 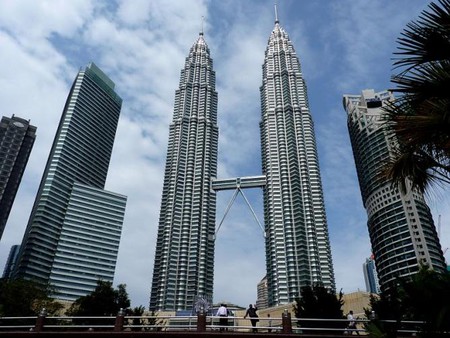 The nation’s capital is one of the most thriving cities in South East Asia, and features some of the best restaurants, shopping and nightlife in the region. There is of course more to Kuala Lumpur, or KL as it’s more commonly known to Malaysians, than its shopping malls however, as the abundance of markets, temples and museums reveals. Another highlight of KL is its architectural mixture, as it displays a unique combination of towering high rises, with the Petronas Twin Towers being the most obvious example, and colonial structures left over from the British Empire. Apart from the Petronas Towers, particular highlights are Istana Budaya, or the Palace of Culture , Malaysia’s main theatre venue, the National Visual Arts Gallery, Contemporary Arts Space MAP and the Islamic Arts Museum. The shopping districts of Bukit Bintang and Merdeka Square are also not to be missed, as are the many markets of the Golden Triangle, Chinatown and Little India. Colonial architecture is dotted around the city, and can be explored with various heritage-guided tours. 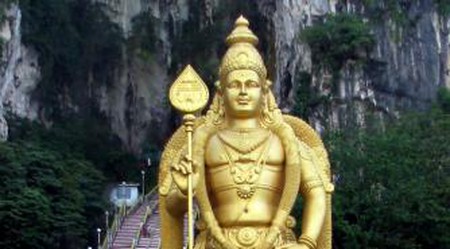 13 kilometers north of Kuala Lumpur lie the Batu Caves, a series of limestone caverns, many of which have been converted into Hindu temples. The cave complex is now one of the most sacred Hindu sites outside India, and attracts thousands of pilgrims and tourists every year. The cave is dedicated to Lord Murugan, the Hindu god of war and victory, and an immense golden statue of him stands outside the entrance. The interior of the caves contain various shrines and wall paintings depicting Hindu myths. They are the center point of the annual Thaipusam festival in which a procession of pilgrims marches through the caves carrying icons and offerings to Lord Murugan. The caves are also home to various intriguing flora and fauna, as well as an array of macaque monkeys, who are both an attraction and an occasional nuisance. 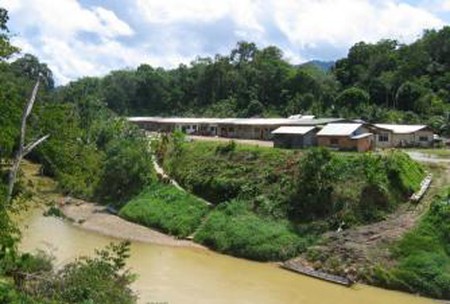 One of Malaysia’s two Borneo based states, Sarawak is the largest and most rugged state in the country and is also known as Bumi Kenyalang (Land of the Hornbills). It is famous for its indigenous cultures, many of which maintain their distinctiveness despite encroaching modernization. These tribal cultures are combined with a rich ecosystem and some particularly inhospitable jungle terrain. The most obvious sign of the cultural distinctiveness that has existed here for centuries are the famous Borneo Longhouses, which are commonly built on stilts and which are still used for habitation throughout the state. In the Sarawak capital Kuching, many of these Longhouses have been converted into hostels and hotels, whilst in the more remote tribal regions there are opportunities to stay with a family in these houses and experience the cuisine and home life of Sarawak’s indigenous people. 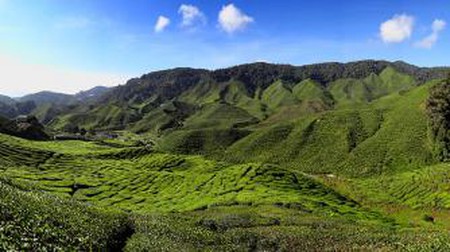 A former hill station, Cameron Highlands still retains many influences from its days as the retreat of the British colonial class and offers a fascinating introduction to the colonial legacy in Malaysia. It also offers an escape from the often stifling heat of the lowlands, and has been developed into a tourist hot-spot in recent years with many luxury resorts joining the mock Tudor mansions of the British. It was first brought to the attention of the British by the surveyor William Cameron, from whom it subsequently took its name, as a potential location for a hill resort. Wealthy locals joined the colonials in buying land in the area, and their many mansions dot the winding roads through the hills. The area was also developed as a tea plantation, and this crop remains prevalent today. Visitors to the area can experience a range of activities, including tours of some of the larger colonial mansions and plantations, and various other cultural and nature tours, whilst many restaurants still offer traditional British-style cream teas for a true taste of old England. 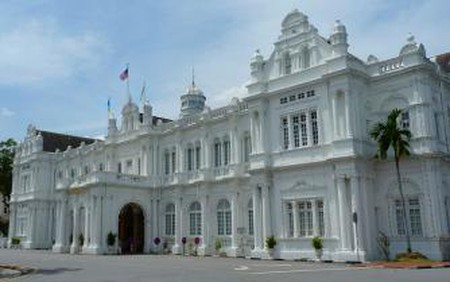 Named a UNESCO World Heritage Site alongside Melaka, its southern equivalent in the Straits of Malacca, Georgetown is the capital of Penang and a beguiling example of east meets west. This city retains the influence of 500 years as a trading outpost combined with several centuries in which it passed through the hands of various colonial powers. Its architecture, cuisine and culture are all informed by this tumultuous history, and wandering through the tightly packed streets of the inner city offers glimpses of Malaysia’s past at every corner. The City Hall, Cheong Fatt Tze Mansion and Fort Cornwallis are all stunning colonial remnants. If you get tired of exploring the architecture of the town then restaurants offer Penang’s distinctive mixture of culinary traditions. 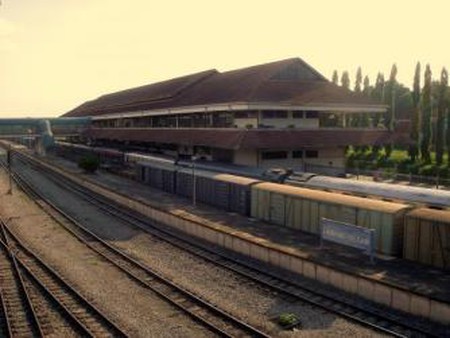 For an off the beaten track introduction to Malaysia, take the jungle railway through the lesser-known parts of the country. This train is often hemmed in on every side by dense jungle and visits parts of the country which tourists often don’t make it to, making it a great way to explore authentic Malaysia. The train travels from Tumpat, near Kota Bahru, through the hinterland to the country’s main line at Gemas, stopping at many remote jungle villages along the way. It is a unique way to explore the Malaysia and offers intrepid travellers the perfect route into the heart of Malaysia’s rural landscape. 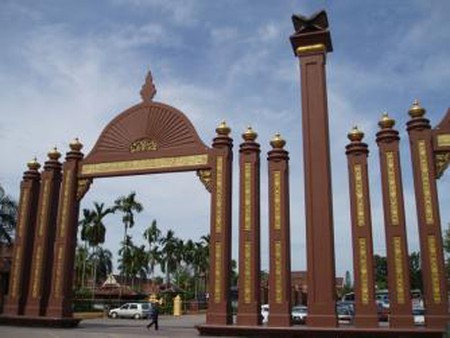 Kota Bharu, on Malaysia’s northeastern coast, is the state capital of Kelantan and is one of the best places to experience traditional Malay culture. It displays its culture and heritage proudly, and alongside its cultural credentials, it is also a religiously diverse city, with a mixture of Buddhist temples and Islamic mosques. For visitors who are looking to envelope themselves in traditional Malaysian arts and crafts, Kota Bharu is the perfect place to start. It is home to a wide variety of cottage industries making everything from woodcarvings to traditional batik decorated clothes, all of which can be found in the city’s various markets. It is also the best place to see shadow puppetry an art form dying out in much of Malaysia. 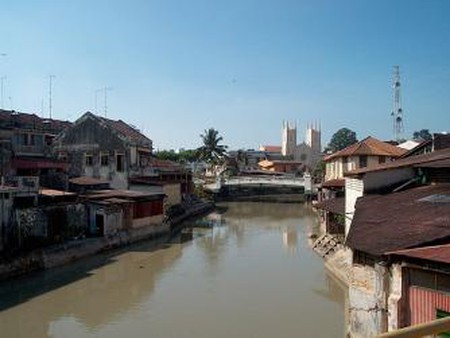 Whilst Penang’s Georgetown is evidence of the European influence on Malaysia over the centuries, the southern city of Melaka, with whom it shares UNESCO World Heritage status, is evidence of the time when colonial authority over the straits of Malacca was in local hands. In the 15th century, the Sultanate of Melaka was the preeminent power in the heavily contested straits, and the city was the center of politics and trade in the region. This cosmopolitan market town attracted people from all over the South China Sea, and began what is now firmly established as Malaysia’s multicultural identity. It floundered under colonial rule, but remnants of this time of prosperity and power are still evident. 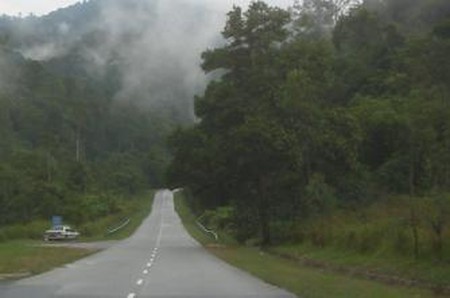 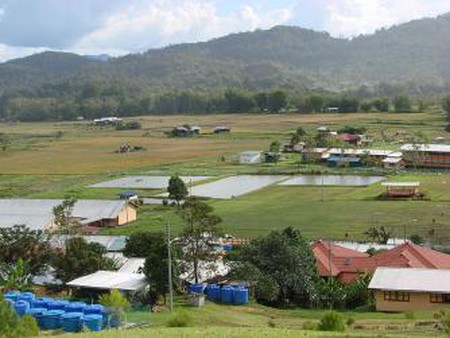 A highland plateau in the Sarawak state in Borneo, Kelabit Highlands and its capital Bario, are amongst the most remote places remaining in South East Asia. They are accessible only by air, or by a grueling dirt track, but they nevertheless draw particularly committed travellers for their splendid isolation, friendliness and hospitality that the indigenous Kelabit people are famous for. The unique culture of the Kelabit is a mixture of indigenous Sarawak traditions and the influence of Christianity that was introduced by missionaries. The highlands are also famous for their trekking opportunities. Guides will accompany travellers through the small towns and villages that make up the Kelabit community.