9 Reasons Why Borneo is an Ecotourism Paradise 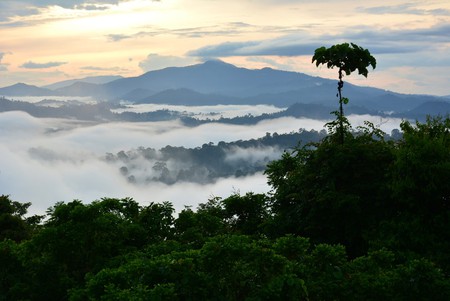 Borneo, the world’s third largest island, is one of the most biodiverse regions on the planet. Featuring vast areas of primary rainforest believed to be millions of years old and countless species of flora, fauna and primates, there’s little wonder why ecotourism thrives in Borneo.

A major factor that encourages ecotourism in Borneo is its vast biodiversity of flora and fauna. More than 16,000 types of plants call the Bornean rainforests home, with approximately 6,000 found nowhere else on Earth. There are also hundreds of mammals, reptiles and birds, some endemic and some migratory, along with ten species of primates. Rare and endangered proboscis monkeys and orangutans, pygmy elephants and hornbills live here too.

One of the biggest reasons that ecotourism is thriving in Borneo is because of the variety of primates. Orangutans, or ‘Men of the Forest’, are endemic and lucky tourists might catch a glimpse of some living in their natural habitat. The proboscis monkey, with its unusual nose and strange behaviour, lives in Borneo as well. Head to Danum Valley to see orangutans and join a river cruise along Sabah’s Kinabatangan River or in Beaufort near Kota Kinabalu to see the proboscis. Other endemic species include gibbons, macaques and leaf monkeys.

Located in East Sabah, Danum Valley Conservation Area is one of the few untouched stretches of the jungle remaining in the world. An on–site research centre studies the unique ecology of the area while promoting conservation. Guests can stay at its accommodation and participate in jungle treks, canopy walks and wildlife spotting. Protected since 1995, the conservation area is one of the leading research facilities in Borneo.

Sadly, the Bornean orangutan is critically endangered. Deforestation combined with the growing palm oil plantations destroy their habitats and owners perceive them as pests. Several rehabilitation centres exist around Borneo to nurse young and orphaned orangutans. This helps prepare them to one day return to the wild. In Sabah, head to Sepilok near Sandakan and Semenggoh Wildlife Rehabilitation Centre in Sarawak near Kuching. Visitors can watch an orangutan feeding and get close to the young primates. 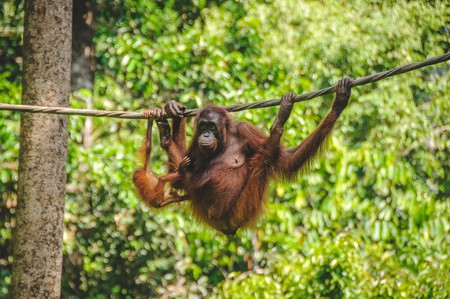 Tunku Abdul Rahman National Park, a series of five islands off the coast of Kota Kinabalu, boasts an impressive array of marine life and crystal clear water. Head further to Sabah’s East Coast to Sipadan Island and experience deep sea diving. Other spots around Borneo get migratory species, including dolphins and whales at certain times of the year. It’s no secret that Borneo is one of the world’s top diving sites. 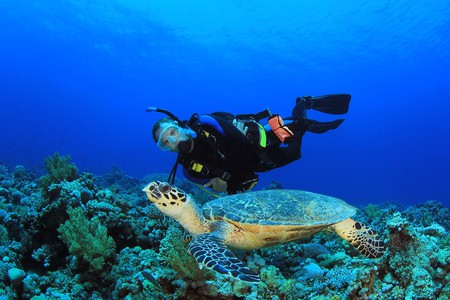 Explore the marine life at one of the best diving spots in the world. | © Rich Carey / Shutterstock

Nature on the Doorstep

Tourists don’t need to travel far to experience nature. Dense jungle and primary rainforest surround many cities, towns and villages in Borneo. Within a short drive of Sabah’s Kota Kinabalu and Sarawak’s Kuching, a visitor can be standing in the forest. Contrast this with West Malaysia’s vast expanses of palm oil plantations.

Sarawak is famous for its caves that have their own ecological niches as well as several unexplored chambers and passages. From harvesting the bird’s nest delicacy at Niah Cave to Mulu’s Deer Cave that features at least one million bats, Sarawak provides a rich diversity in activities and experiences for ecotourists. The Sarawak Chamber, also in Mulu National Park, is the world’s largest cave chamber by volume. 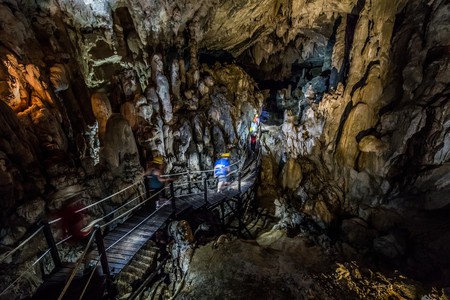 Where else in the world can a tourist go hiking in the jungle on a day trip or spend several nights deep in the rainforest? Expert guides can take tourists along trails and canopy walks high above the forest floor to spot wildlife, monkeys and birds. Experiencing the heat, stickiness and exoticism of being deep inside the jungle is a primary factor driving ecotourism in Borneo.