9 Malaysian Architects You Should Know 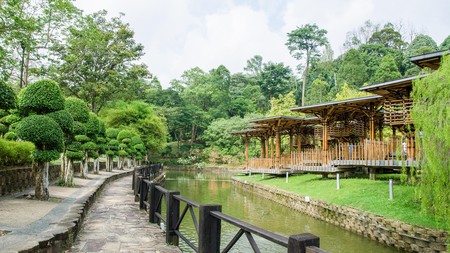 In Malaysia, architecture has progressed to combine traditional kampung-style houses and stilted villages with Islamic, colonial and Asian design. These often sustainable, ecofriendly buildings can be seen across Southeast Asia, especially in Kuala Lumpur and Borneo. Discover our pick of the top Malaysian architects below. 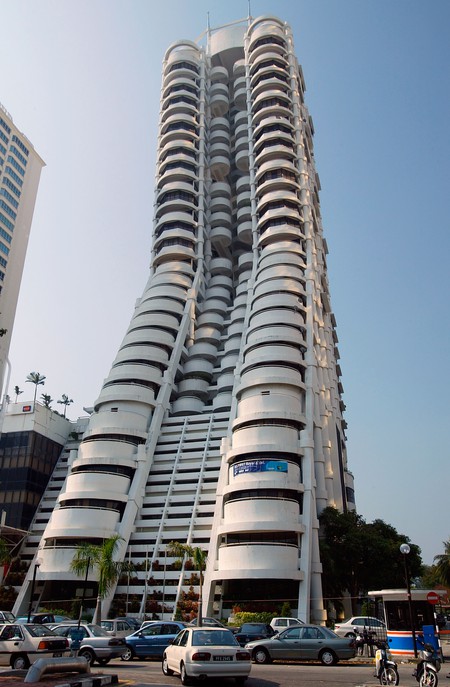 The MBF Tower, dating back to 1993, is one of Yeang’s most notable projects | © Andrew Woodley / Alamy Stock Photo

Ken Yeang is among the household names of Malaysian architects. Designing more than 200 buildings and masterminding the concept of bioclimatic skyscrapers, where structures use less energy and respond to the climate, Yeang has an enviable portfolio. After training as an architect, his passion for ecology began to shine through his ecofriendly designs. One of his pioneering successes is taking advantage of the wind to cool interiors and reduce reliance on air conditioning. As a result, The Guardian named Ken Yeang “one of the 50 people who could save the planet”. His most notable projects include the National Library of Singapore, the MBF Tower in Penang and the Mesiniaga Tower in Subang Jaya. 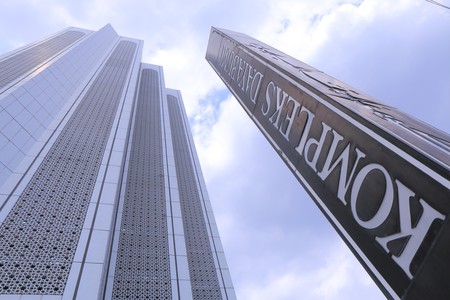 After World War II, Kington Loo, an early pioneer and one of the best Malaysian architects of all time, helped bring modernism to Malaysia and Southeast Asia. He designed many of the country’s early high-rises, including the Police Cooperative Building, the country’s first high-rise office block. Other famous structures include Subang International Airport, as well as a variety of private residences. Apart from being among the first generation of architects in an independent Malaysia, Kington Loo was also a strong advocate of art and played an active role in national conservation efforts. 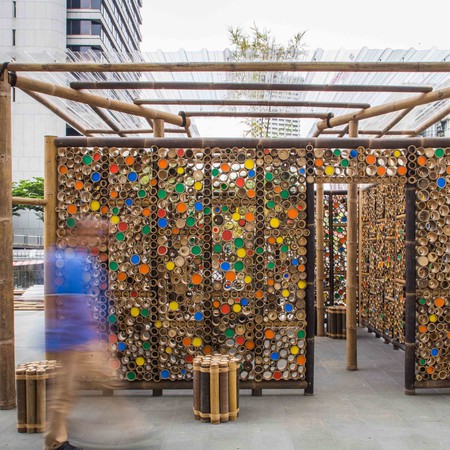 Eleena Jamil often uses bamboo in her structures, such as the colourful WUF09KL Bamboo Pavilion in Kuala Lumpur | Courtesy of EJ Architect

Rated as one of the best Malaysian architects of the 21st century, Eleena Jamil has a distinctive minimalist style. For example, her Vermani House features plain concrete to create a pared-back aesthetic, but it also includes playful elements, such as a slide connecting the first and ground floors. She trained at the Welsh School of Architecture in Cardiff before starting her own company, Eleena Jamil Architecture (EJA), in 2005. Her Bamboo Playhouse in Kuala Lumpur’s Perdana Botanical Gardens derives its design from traditional kampung houses; bamboo is still a relatively rare building material in Malaysia despite being a highly sustainable resource. 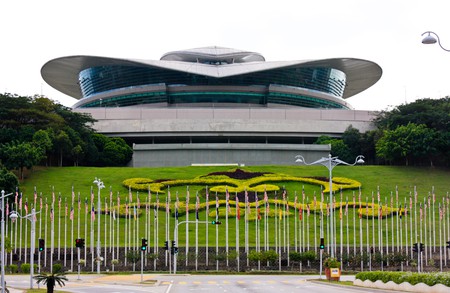 While he was born in Singapore, Hijjas Kasturi rates as one of the best Malaysian architects. With a career spanning more than half a century and often referred to as the father of Malaysian architecture in independent Malaysia, he has an impressive track record. His most famous projects include the Menara Maybank and Telekom Tower, both in Kuala Lumpur, and the Putrajaya International Convention Centre. The Bauhaus model – plain, straightforward and functional – influenced his style. Hijjas Kasturi’s recent projects place a strong emphasis on local materials, solar energy and rainwater collection.

Born in Petaling Jaya and gaining a PhD in Australia, Dr Tan Loke Mun returned to Malaysia to establish the successful ArchiCentre Sdn Bhd, based in Kuala Lumpur. Over the years, he has received several awards and worked with the authorities to promote green housing and to help protect the environment. Most of his projects incorporate sustainable designs, and his best work is said to be the S11 House in his hometown. Completed in 2012, it was Malaysia’s first Green Building Index Platinum-rated house. Building materials from the original structure were recycled to use in the current one, and the smart design efficiently harvests rainwater and cools the interior by using heat-reflective paint and a cleverly insulated roof. 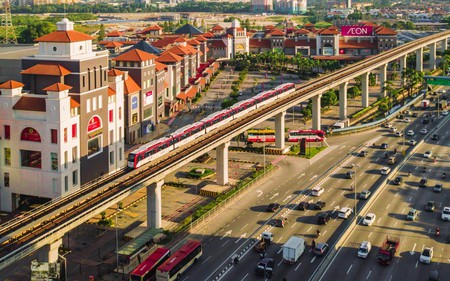 Tan Pei Ing has worked on many projects throughout her career, including the IOI Mall in Puchong | © IOI Mall

Tan Pei Ing, known as the Iron Lady of Architecture in Malaysia, has battled against a tide of gender inequality to become one of the country’s leading architects. After gaining inspiration as a young child by watching Kuala Lumpur’s ever-changing skyline, she fought off early pressure and began studying architecture. Fast-forward to the present, and Tan Pei Ing plays an influential role in a mostly male-dominant industry. She has designed some of Malaysia’s most recognisable buildings, including the IOI Mall in Puchong and the Marriott Hotel and IOI City Mall in Putrajaya. She was also the first female head of the Malaysian Institute of Architects. 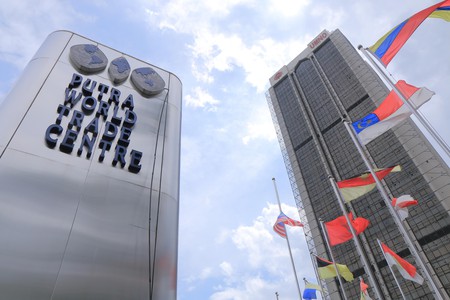 Immediately after Malaysia’s independence in 1963, Chinese-Malaysian Lee Yoon Thim entered a prosperous phase of his career. As a good friend to many of the nation’s early leaders, including Tuanku Abdul Rahman, he was celebrated for his designs in Islamic architecture and government buildings. In Kuala Lumpur today, the Chin Woo Stadium, Dewan Bahasa dan Pustaka and the UMNO building still stand. 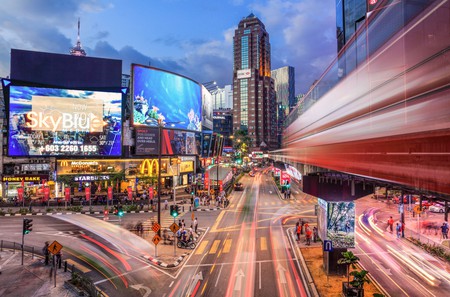 Meaningful design is a crucial part of Dr Lim Teng Ngiom’s architectural philosophy. From Kuala Lumpur, he established his architecture firm, Ngiom Partnership, in 1989. His interest in science blends with his artistic capabilities to create unique buildings with a focus on spatial intelligence. He believes that “sustainable architecture” should no longer be a term, as it’s inherent in all modern designs.

Ipoh-born Kenneth Yeh and his Argentinian wife Carolina Marra work together at Marra + Yeh Architects, the couple’s firm based in Australia. With a variety of environmentally friendly buildings, inspired by participating in community and urban projects, the pair promises tailor-made and original designs. They received an award in 2012 from Architecture Review for their project Shelter @ Rainforest; the timber shelter (which uses solar power) in the forests of Sabah came to light after they both travelled to local Malaysian villages for inspiration.