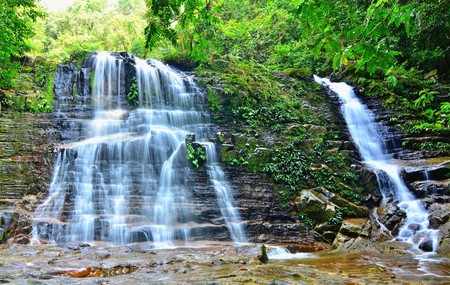 Sarawak has a reputation for its rainforests, wildlife and caves. Here are eight of the best places to experience nature near Kuching, Sarawak’s capital, as part of a day trip to see beaches, national parks, the famous Fairy Cave and a mountaintop golf course.

Damai Beach, inside the Damai Beach Resort, is one of the best beaches in Sarawak, if not Borneo. A distinct blend of copper-orange and white sand bordered by the jungle creates photogenic views and the sense of being in a real tropical paradise. Sunbeds and shady huts line the sand for guests. The resort keeps the shore clean and free of driftwood. Damai sits approximately 34 kilometres (21 miles) north of Kuching. 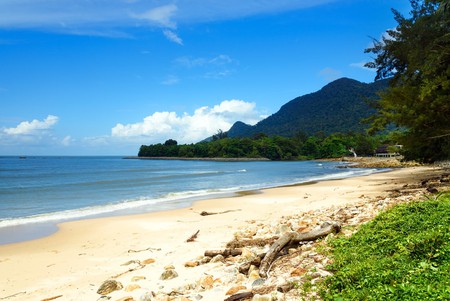 Sarawak’s oldest national park received its protected status in 1957. Located an hour northeast of Kuching, this is among the most accessible of Sarawak’s 25 national parks. Visitors can trek along colour-coded trails, see rock formations, including one resembling a cobra’s head, and island hop. Bako houses several types of mammals including the bearded pig, lizards and 190 species of bird. But the population of wild proboscis monkeys living near Bako Nature Park HQ is the biggest appeal. First get to Bako Village and take a 30-minute boat ride into the national park. Admission is RM20 ($5) for non-Malaysians and RM10 ($2.50) for Malaysians. 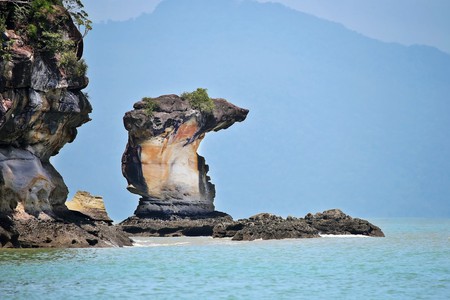 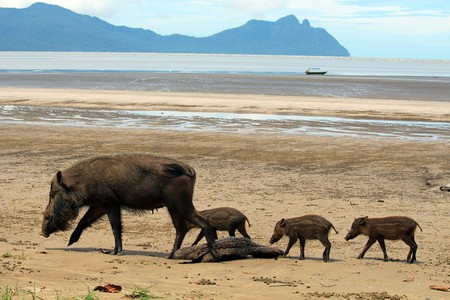 Sarawak’s neighbour Sabah has Mount Kinabalu, Malaysia’s tallest peak. Mount Santubong is Kuching’s. Reaching a height of 810 metres (2,657 feet), Santubong dominates the skyline along the northern coast. Various habitats and ecosystems cover the terrain, providing a home for several species of primates and birds. Occasionally, Irrawaddy dolphins swim along the river and humpback dolphins are visible from the coast. Mount Santubong forms the backdrop behind the Damai Beach Resort. 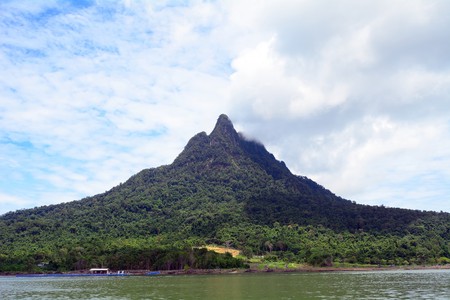 The best of Sarawak’s rainforest at Kubah National Park

Kubah National Park is one of the top places to experience nature near Kuching. A thick covering of mixed dipterocarp forest covers the sandstone plateau offering jungle scenery that’s both photogenic and accessible. Six trails take visitors through rainforest to a series of streams, pools and waterfalls. Kubah also houses several types of orchid and a whopping 93 species of palm. However, don’t expect to see much wildlife. The animals tend to live deeper in the forest away from the trails. But lucky visitors might spot hornbills, mouse-deer and the occasional bearded pigs.

Vast areas of saline mangrove systems cover much of the Kuching Wetlands National Park’s 6,610 acres. Located just 15 kilometres (9.3 miles) from Kuching, the park provides a convenient day trip to experience Sarawak’s wildlife. Proboscis monkeys, silver-leaf monkeys, crocodiles and kingfishers live inside the wetlands. Both the Salak River and Sibu Laut’s estuaries are inside too. Tourists can experience the best of this nature near Kuching by joining a river cruise, which passes through the smaller channels surrounded by the eerie looking mangrove trees. 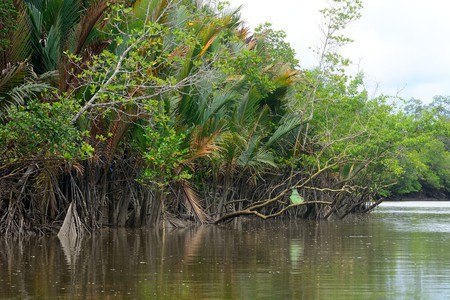 Take a revitalising dip in the Sarawak Hot Springs

Dense forests border the hot springs in Kampung Panchor, approximately 40 kilometres (25 miles) south of Kuching. The locally managed spa has a total of seven pools averaging at 42°C (108°F). For a few ringgits, visitors can be soaking and relaxing in the warm water surrounded by some of the most beautiful nature near Kuching. Tours are available, but it might be better to either rent a car or take a taxi for flexibility.

Explore the Fairy Cave and Wind Cave at Bau

Sarawak has a reputation for extensive cave systems penetrating the interior’s limestone cliffs. Both the Fairy Cave and Wind Cave are accessible on a day trip from the capital. The first features an unusual array of stalagmites at its entrance that look a bit like an old Chinese deity. Stand at the entrance and marvel at the light penetrating in from the roof. Wind Cave, named after the regular draft of cool air passing through, offers some of the most spectacular cave scenery in Sarawak. 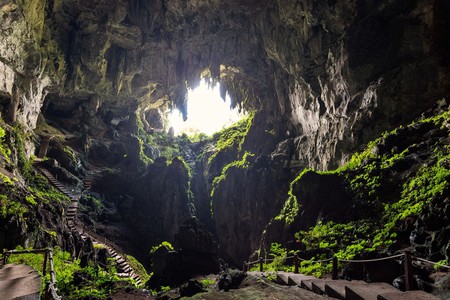 A little-known retreat lies in the highlands along the Sarawak-Kalimantan border. Rainforests, mountains and lots of greenery surround the environmentally-friendly Borneo Highlands Resort. With an altitude of between 600 (1,969 feet) to 1,000 metres (3,281 feet), expect cooler air temperatures. The 18-hole golf course against the backdrop of low-level clouds forming around the craggy mountains makes the course picturesque. Anyone who wants to experience this nature near Kuching will need to travel approximately 60 kilometres (37.3 miles) southeast of the capital.