7 Ways to Enjoy Roti in Malaysia 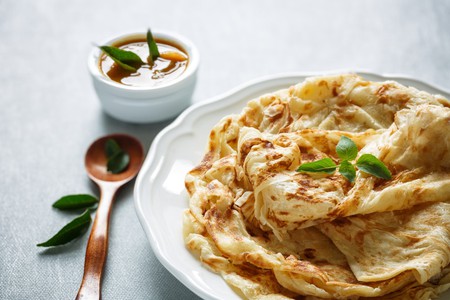 What is ‘roti’? Why, it’s just the Malay word for bread. Occasionally, it means the wholemeal flatbread from India that itself is wildly popular in Malaysia. Depending on the type of roti, it could be dense and chewy or light and flaky. Read on to find out what to order at the mamak, so you can best enjoy roti in Malaysia, whether as a snack or as a meal.

With dahl – roti canai with dahl 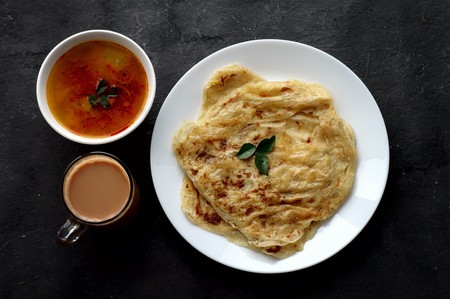 The most popular of all roti is roti canai, and the most popular way to eat roti canai is with dahl. Roti canai is regularly featured in lists of dishes to try in Malaysia. The dough is spun in the air until light and flaky and is served with lentil dahl or curry. If you’re not confident about your tolerance for spices, opt for the savoury lentil dahl. For the full experience, forego all utensils and instead tear up the roti with your hands. 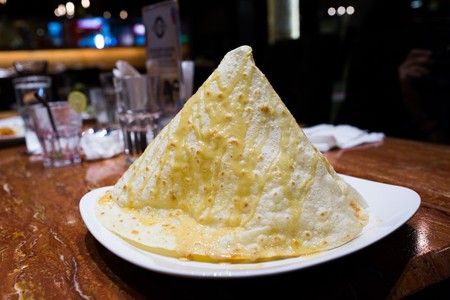 Sometimes called the helicopter bread, roti tisu is roti canai tossed till paper-thin and shaped like a large cone. It’s a satisfying snack that requires tearing down in order to consume it. The thin dough has an undercoat of sugar or kaya (coconut jam). For a savoury option, order roti tisu without the sugar. 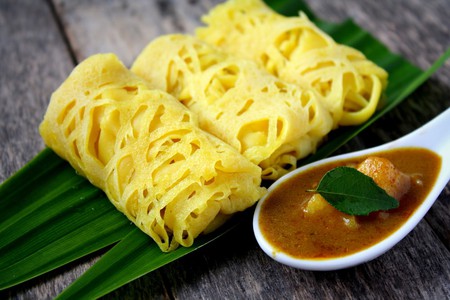 Roti jala is thicker and chewier than roti canai and is yellow in colour due to turmeric. It’s also notable because it looks like a rolled-up lace doily – albeit a delicious one. Enjoy this roti by soaking it completely in the curry it’s commonly served with. 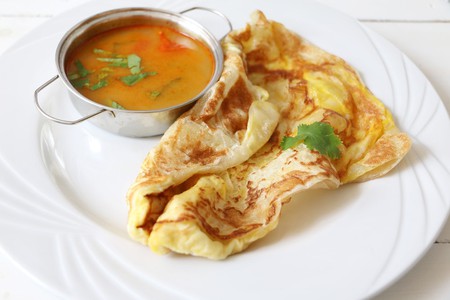 Looking for a snack with a bit of protein? Try the roti telur, which has a beaten egg folded into the roti canai. The roti jantan is a similar dish, but with two beaten eggs folded in instead of one. And the roti tsunami is really roti banjir but with the addition of two soft-boiled eggs.

Pay homage to the most famous footballer in the world with roti Beckham! It’s roti canai stuffed with tuna, eggs, cheese and turkey slices, topped with mayonnaise. How is this dish in any way related to David Beckham? Nobody quite knows, but should you have no particular affinity to Beckham, you can opt for the roti Hawaii, which boasts a filling of minced meat, cheese, sausage and pineapple. Otherwise, go for the vegetarian roti Jepun with eggs, margarine, cheese and milk.

For a sweet alternative, ask for banana between your roti canai (‘pisang’ is Malay for banana) or level up with the roti Fujima, which comprises of roti pisang topped with two scoops of ice-cream. 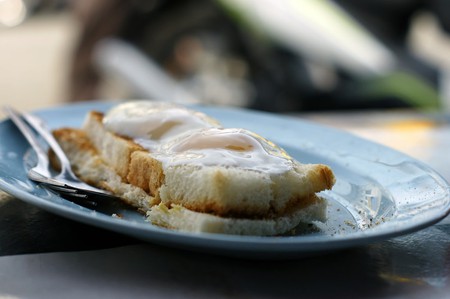 A popular traditional breakfast option, roti bakar is comprised of fluffy toast sandwiching a generous layer of kaya and butter (or peanut butter) that is just this side of decadent. Have with a bowl of soft-boiled eggs and a cup of hot Milo for the perfect Malaysian breakfast.