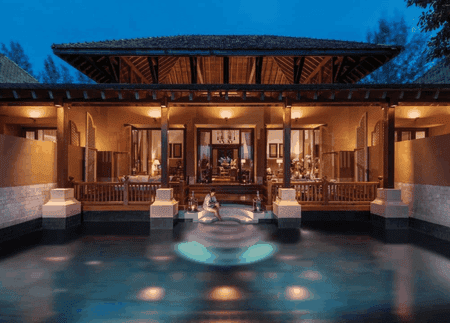 The Crazy Rich Asians movie depicts the glamorous lives of Singapore’s upper circle. But did you know most scenes were actually shot in neighbouring Malaysia? Here are seven stunning locations filmed for the blockbuster.

If Black Panther brought the world’s attention to Africa, you’ll get an idea of how culturally important Crazy Rich Asians is to Asia. Hollywood’s latest box office hit showcases jaw-droppingly cash-loaded locations in none other than Malaysia – proving it can more than rival neighbouring Singapore when it comes to impressive architecture. Here are seven of the best Malaysia locations you’ll see in the Crazy Rich Asians movie. 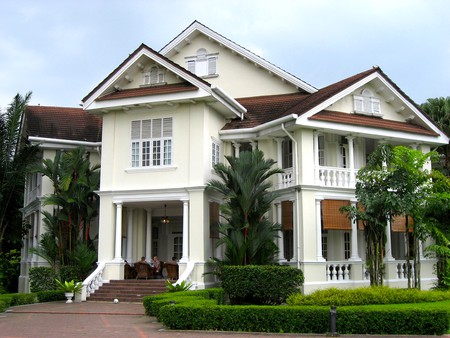 It may be a luxury hotel now, but at an earlier point in history the Carcosa had a much less commercial function. It was built in 1896 for the British High Commissioner of Malaya, Sir Frank Swettenham, who named it after the fictional city of Carcosa in the play ‘The King in Yellow’. In this box office movie, however, it’s simply Nick Young’s very expensive family home. The rare tan hua flowers bloom here (once every decade!) and visitors can drop by for Carcosa’s afternoon tea. 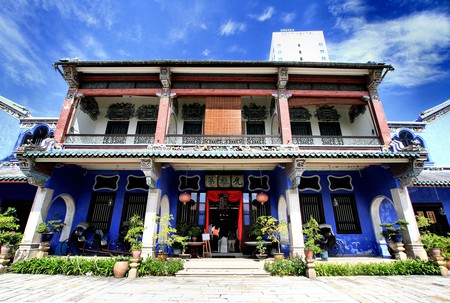 Also known as The Blue Mansion, this old Peranakan-style estate was built by Chinese industrialist and politician Cheong Fatt Tze in the early 19th century. With Gothic louvred windows, Chinese air wells and distinctive Peranakan tiles, it’s no wonder that this blue-walled wonder was chosen for Crazy Rich Asians. This location was redecorated into a mahjong parlour where Eleanor Young, a.k.a. evil mother-in-law-to-be, meets protagonist Rachel Chu for a mahjong face-off.

Araminta may have told you she’s taking the girls to Bali, but she’s actually heading north of Singapore, not south. In fact, north takes her all the way to the Four Seasons Resort in Langkawi, an uber-luxurious hotel with high-ceilinged villas, hammam-style baths, and a private mile-long beach (yes, you can privatise sand if you’re rich enough). This lifestyle resort offers a full-service spa, yoga classes and a sleek swimming pool. Be forewarned: once you’re here, you may not want to leave.

What better way to introduce the glamorous Astrid Teo than at the elegant Astor Bar in St. Regis KL? Complete with a gold-domed ceiling, thick glass chandeliers and grand panel mirrors, this bar is as upscale as they get. For the film, the gold wine cellar fridges are transformed into jewellery display shelves, so Astrid can fork up several decades of your average salary for a pair of pearl earrings. If you want to celebrate your inner Astrid, the Astor Bar is now serving a limited edition of ‘The Astrid,’ an exquisite cocktail of tequila, pomegranate, elderflower and lemon bitter. 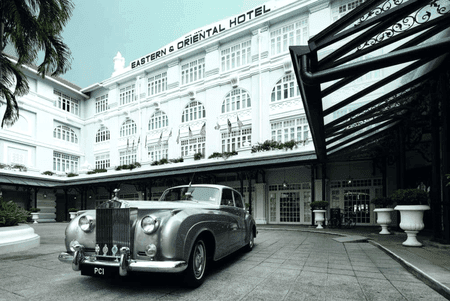 Locals know it as the ‘E&O Hotel,’ but the rest of the world will know it from the opening scenes of Crazy Rich Asians. Built by the Sarkies Brothers in the 1885, the colonial-style E&O Hotel boasts a private seafront, elegant iron-framed verandahs, and old-world elements of helmet-clad doormen and a heritage wing. If you have about RM 500 (US $125) on you, this may be how you’d like to spend it — one night in one of the oldest and most beautiful buildings in Penang, within walking distance of heritage George Town.

Selamat Hari Raya Aidilfitri to all our Muslim members and friends! Indulge yourself with our delicious breakfast selection from 11am onwards. It's almost as good as breakfast in bed! Do contact us at 03 2630 9999 or E-mail us at dine@blvdhouse.com to reserve your table now. #blvdhouse

With classic Thonet chairs, a semi-alfresco setting, and glass louvred doors, the BLVD House is another upscale dining experience for the rich and the free, especially in Crazy Rich Asians. Take a leaf from the film’s book and come here to lunch, take sneaky selfies and devour the chilli cheese fries. Got a birthday to celebrate? Spare a reasonable RM 30 (US $7.50) and a small birthday cake will be yours for the day.

Literally translated as ‘Dutch House’, the Be-landa House is owned by the Hofstedes, a Dutch family who moved to Malaysia in 1992. With three pavilions on several levels and a glass-walled bridge, this mansion is supported by stilts, rising above the jungle canopy like Atlantis emerging from the sea. Wondering where you’ve seen this in the movie? It’s when Eleanor Young reads the Bible and first hears of her son’s American dalliance with a girl named Rachel Chu. You can practically feel Eleanor’s disapproval heating up the better glass-bridged half of the pavilion.