Alternative Things To Do In Kuala Lumpur 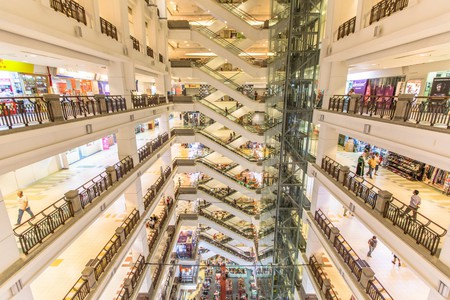 For many travelers, Kuala Lumpur is the first destination of their trip, arrived at after a long-haul flight. Alternatively, it may be the last place they go before embarking on a long journey home. If you find yourself in Kuala Lumpur yet again with jet lag and time to kill; here are some alternative things to do.

In Kuala Lumpur, you will find a Chinatown (Jalan Petaling and surrounding area), a Little India (Brickfields) and an Arab Street (Jalan Berangan). Arab Street is a recent arrival, a vision of the KL government to encourage tourists from the Middle East, but the other two neighborhoods have been here for a long time. All of these neighborhoods are best visited in the evening when it’s not as hot, and you can combine a wander around the historic attractions, shops and bars with an evening meal. 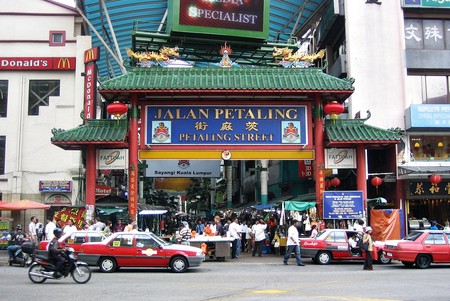 Do Your Own Food Tour

A perfect way to see new places and eat new foods in Kuala Lumpur is to design your own food tour. Just choose four or five different places, work out how to get from A to B using KL’s extensive rail networks and have a small bite to eat in each. Here are a few ideas to get you started: go to Jalan Sultan’s Restoran Han Kee Bak Kut Teh for Bah Kut Teh to die for; eat satay outdoors at the humble Fat Brother’s Satay stall on Jalan Alor; visit Shah Alam for Nasi Lemak at Warung Nasi Lemak Pak Ayob at any time of day; and eat the Malaysian staple of Hokkien Mee at the historic Kim Lian Lee on Jalan Petaling. 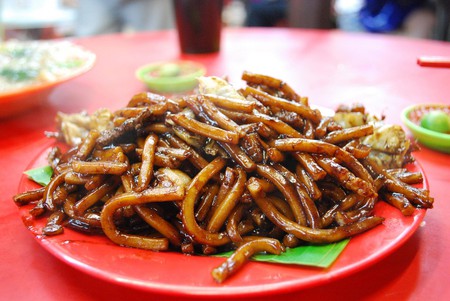 Go to the Arcade at Berjaya Times Square

Try to remember visiting the arcade when you were a kid: the plastic cup in your hand, holding the contents of your parents’ loose change jar, would get lighter and lighter with no big win in sight until it was completely empty, and then you’d be forced to leave, a mere five minutes after you’d arrived. Now imagine you could visit the same arcade of your youth, featuring many of the same games, but this time you have a bankcard and all the time in the world, and no one can stop you spending every penny you’ve got until you reach the high score on Dance Revolution. Go on, spend an afternoon in the arcade at epic Berjaya Times Square, the ninth largest shopping mall in the world.

Go to the Dark Cave

Everyone has visited the Batu Caves on a trip to Kuala Lumpur, but did you skip the tour of the Dark Cave by any chance? If you did, then now is the time to get back on that KTM train and give the Dark Cave the attention it deserves. Negotiating through the safer parts of the two-kilometer network of caverns, you will see breathtaking cave formations, a whole host of cave-dwelling creepy crawlies and experience perfect darkness for the very first time. One of the most researched tropical caves in the world, the Dark Cave is a natural heritage site whose fragile ecosystem hosts wildlife that has existed on this planet for 100 million years. 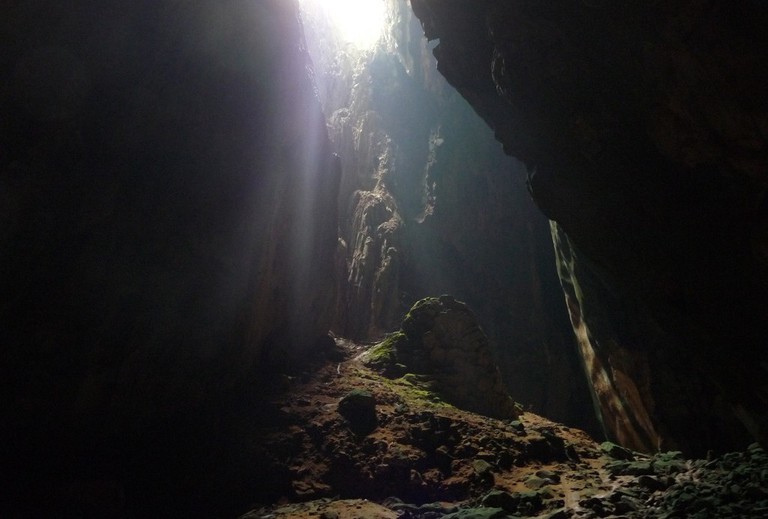 Kuala Lumpur is home to some of the biggest and flashiest shopping malls in Asia. If you feel like spending an afternoon in a cavern of consumerism, you can’t go wrong with Publika, one of the newer additions to Kuala Lumpur’s shopping scene. Publika is full of independent boutiques, small art galleries and the trendiest restaurants and bars. Even those who usually turn their nose up at shopping malls will be charmed by Publika where you can find a toy shop with a whole section dedicated to dress-up, a Polish food vendor and a Rock Bar Dive with live music, all in one afternoon. 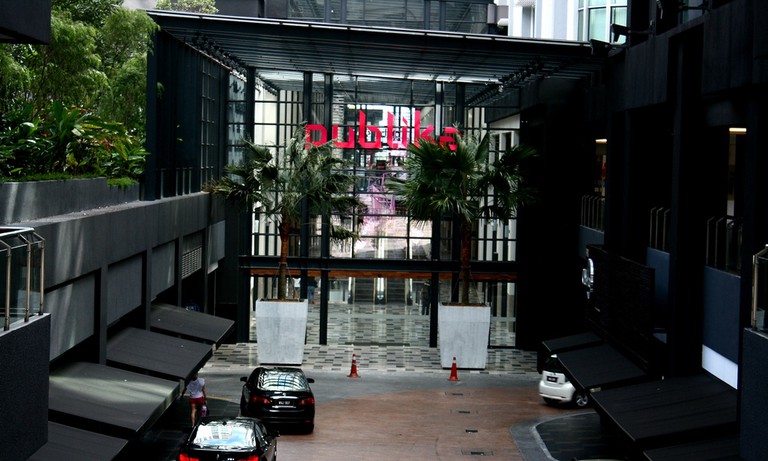 Go For a Swim

For those who are unpracticed in the art of negotiating a densely populated urban sprawl in 32-degree Celsius heat (approximately 90 degrees Fahrenheit), a few days in Kuala Lumpur can leave you feeling desperate to take a dip. If your budget doesn’t stretch to a hotel with a penthouse infinity pool, or even a guesthouse with a poorly tiled outdoor tub, you can make your way to one of the city’s impressive public swimming pools. Try the pool at Chin Woo Stadium, Olympic-sized and close to Chinatown. The swimming pool is accompanied by a cafe and sunbathing area, so you can spend all day. 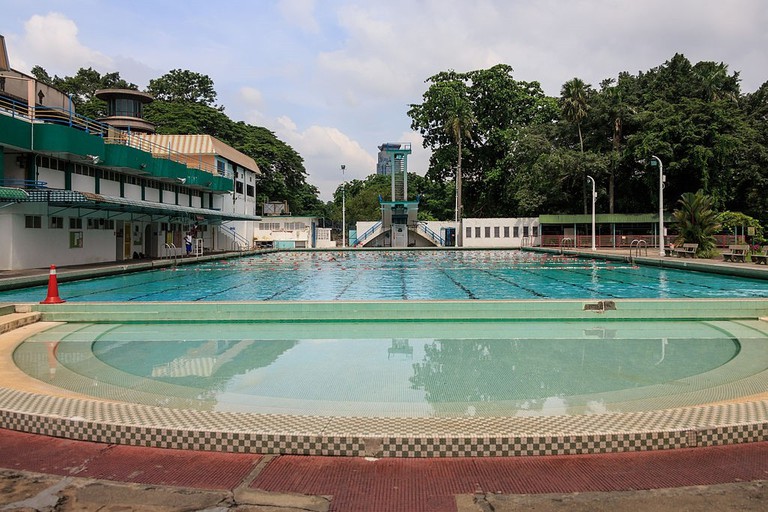 Whether you’re at the end of a long trip, just about to embark on a new adventure or are somewhere in the middle, Kuala Lumpur is a great city in which to indulge yourself in a bit of an image overhaul. Number76 in Bangsar is known for creating super-trendy, quirky styles; Hairplay in Publika is expensive but super luxurious; A Cut Above is a cheaper but a no less impressive salon located in Bangasar Shopping Centre. For men, get a haircut and shave at an old-school roadside barber on a back alley off Jalan Sultan, close to Chatime. Once you’ve got your hair looking right, head to one of Kuala Lumpur’s spas and give the rest of your body a pamper. Donna Spa in Starhill Gallery, Bukit Bintang, Erawan Wellness on Jalan Ampang and Swasana Spa located in the Impiana KLCC Hotel are all highly recommended. 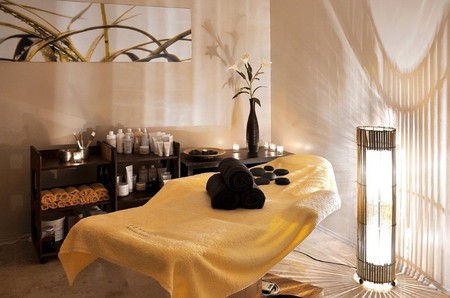