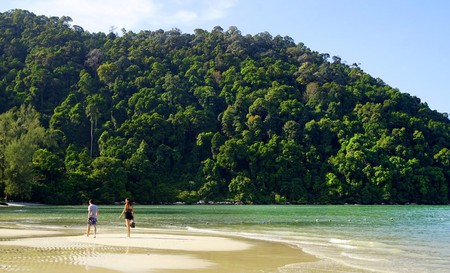 Penang’s island and mainland are fun for urbanites and crowd lovers, but those who seek quieter beaches, local communities, and remote jungle treks will be better entertained by the less-marketed islets that frame this northwestern Malaysian state.

Ask for a Penang islet and we’ll show you Pulau Aman. This is the faraway, mountainous, green-blue silhouette you’ll spot from the first Penang bridge, and one that spans nearly 300 acres (1.21 square km). Thanks to the small local fishing community (about 50 families) here, you’ll get a glimpse of coral cleaning activities, small fishing boats (locally known as sampan), and traditional houses on stilts.

The locals enjoy having goats and deer as pets, so you may find a few of these animals roaming around in the villages. Also, try out the fresh seafood here, and watch as the sky fills up with stars after dusk—this is particularly magnificent due to the islet’s lack of city lights.

To reach Pulau Aman, head over to the Bukit Tambun pier, where you’ll be directed to the Pulau Aman jetty. You’ll be able to take a ferry from here to the islet (note that the ferry only starts being operational at 10 a.m.). 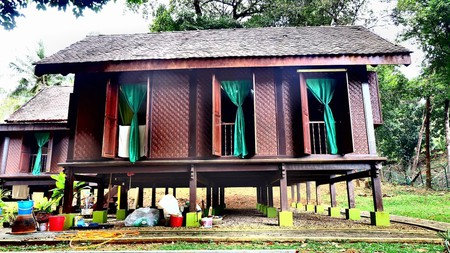 The biggest islet surrounding Penang Island, Pulau Jerejak has enjoyed a playful and ambivalent role in history. It was here that the founder of Penang, Captain Francis Light, first set foot before discovering the larger Penang Island, and it was also here that Colonel Arthur Wellesley first proposed the construction of the now-historic Fort Cornwallis, but between 1871 and 1993 this islet also served as a quarantine center for lepers and TB (tuberculosis) patients, as well as a prison for criminals and addicts.

Since the turn of the millennium, however, Pulau Jerejak has transformed into Penang’s foremost eco-tourism destination, thanks to heavy investment by the local and federal government. Historic sites have been sterilized, cleaned up, and restored wherever necessary. Outdoor facilities have been fully constructed, including a team building park, climbing walls, petting zoo, and a suspension bridge for ‘flying fox’—and are now operated by Pulau Jerejak Resort & Spa, who also offer spa services.

To arrive in Pulau Jerejak, take the ferry from Jerejak Jetty on Persiaran Bayan Indah (near Queensbay Mall). For ticket prices and ferry operating times, check out this page here. 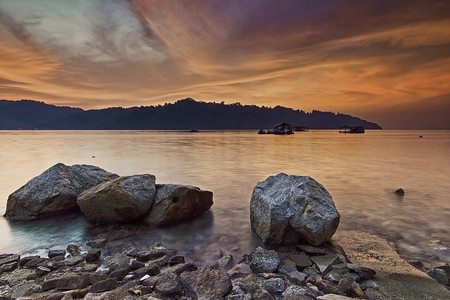 Located off the southwestern coast of Penang Island, this islet is known for its rugged, uninhabited beauty. Beautiful rock formations fill the shores, shaped by years of forceful waves hitting the coastline—a good thing, really, when you consider that these rocks may be one of your few reasons for visiting Pulau Kendi. Sunbathers will find the beach and sand too short and narrow, and hikers will find the hills too thick with rainforest and the terrain too steep to do much trekking.

Your other reasons for visiting Pulau Kendi would be to go snorkeling (the only place in Penang that offers this), and the fact it is generally free of people, which means you’ll get to enjoy the sound of waves and the call of birds without the cacophony of a beach crowd.

To get to Pulau Kendi, go to Gertak Sanggul and ask around for a boat that will take you to Pulau Kendi. Here’s a list of handy phrases to arm yourself with when conversing with the locals. 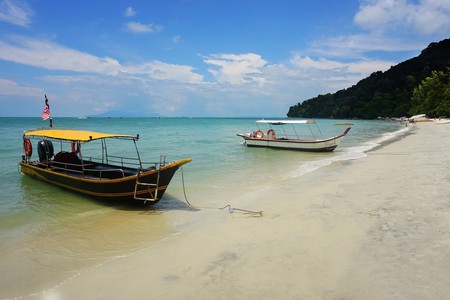 Located next to Pulau Aman, this small islet is thick with jungle, and is said to have been a pirate’s domain. Panglima Garang (‘General Fierce’), a pirate captain, is buried here at Batu Perompak (pirate’s rock). There’s also a small pirate’s cave called Gua Lanun, and an ancient gravestone called Makam Purba. Not much to do here, but explorers will enjoy the experience nonetheless.

To get to Pulau Gedung, you’ll have to hire a boat from Pulau Aman or contact the Seberang Perai Fisherman Association.

This tiny islet in Tanjung Bungah is the smallest on our list. Literally translated as ‘Rat Island,’ the islet was so named because it looked like a rat during low tides. It is uninhabited, though an abandoned building remains. Large rocks form much of the coastline, but it is well isolated and suitable for loners who eschew crowds. You can also see what Tanjung Bungah looks like from a distance.

Pulau Tikus is close enough to the main shores that you’ll be able to take a canoe or kayak there from Tanjung Bungah (you might want to launch from the Penang Swimming Club), and it takes roughly 30 minutes to arrive at the outcrop. 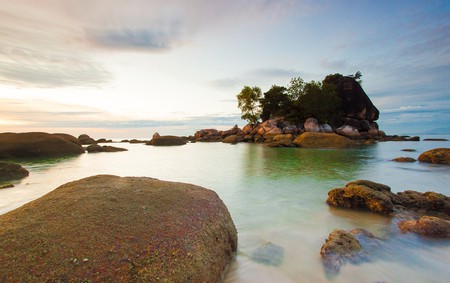