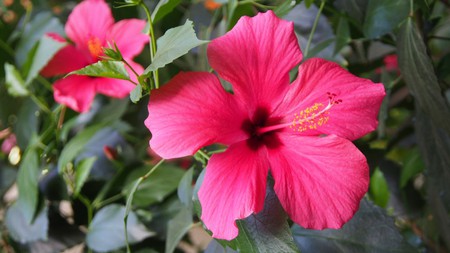 Malaysia ranks among the world’s most biodiverse countries, housing more than 15,000 species of flowers, plants and trees. Some fill decorative gardens while others remain undiscovered in the 130 million-year-old rainforests covering vast areas of Malaysian Borneo. The following endemic flowers in Malaysia combine colour, exoticism and splendour.

Malaysia’s national flower, the Hibiscus, can be seen growing in most parts of the country. The five-petal, trumpet-shaped flower comes in a variety of colours and sizes with all-year-round flowers. 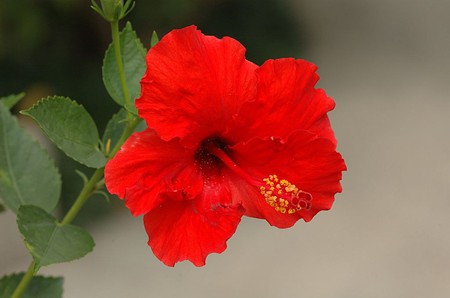 Orchids are some of Malaysia’s most characteristic flowers. More than 800 species grow in the rainforests of West Malaysia while an incredible 2500 types grow in Borneo’s Sabah and Sarawak. Tourists can often see the purple bamboo orchid growing along the side of the road.

Rafflesia holds many titles. With a diameter reaching up to 1 metre (3.3 feet), this is the world’s largest single flower. People often refer to the red and white Rafflesia as the ‘Stinking Corpse Lily‘ because of the foul-smelling odour it emits. These rare carnivorous flowers in Malaysia tend to grow on the lower slopes of mountains in Sabah and Sarawak. 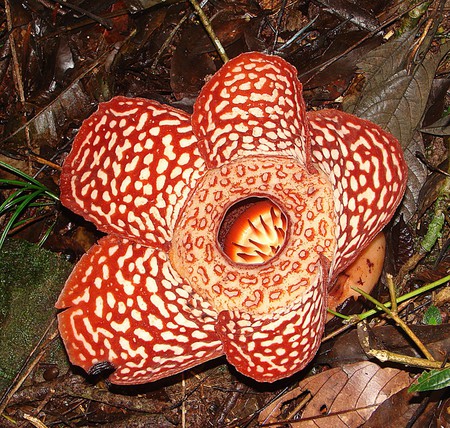 The blooming Ixora, known as Jejarum in Bahasa Malaysia, is a type of bright flowering garden shrub. Translating to ‘Needle Flower’, this bush often grows in residential or public gardens in sun-soaked areas. The flowers tend to be bright red, pink and orange. 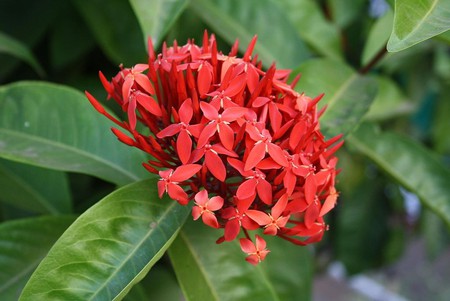 The pitcher plant often ranks among the most unusual flowers in Malaysia for its extra-terrestrial appearance and carnivorous properties. The tubular structure lures insects and small vertebrates inside where they become trapped and digested. Pitcher Plants live in Borneo’s jungles.

While the Sabahan Yellowwood Pine isn’t technically a flower in Malaysia, the tree deserves mention. The native evergreen pine grows along Mount Kinabalu in East Malaysia’s Sabah. Reaching a height of 27 metres (89 feet), the conifer growths at altitudes below 1500 metres (4921 feet).

Bougainvillea is a type of ornamental vine and the official flower of Ipoh. The flower enjoys tropical climates and can often be found around the world in hot and wet environments. The Bougainvillea is a favourite in Malaysia for its ease of cultivation and beautiful year-round flowers. 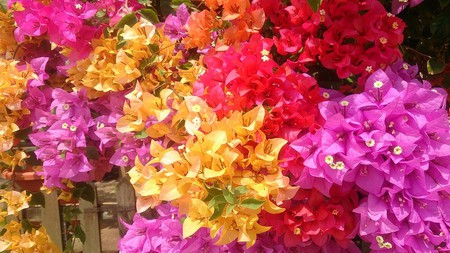 A common decorative and colourful flower in Malaysia | © Mokkie/WikiCommons

Found in most tropical countries, Begonia produces a combination of red, yellow, pink, orange and white flowers. These flowers in Malaysia are often grown for their attractive appearance and to decorate shady areas.

The clustering palm tree endemic to Malaysia, Sumatera and Thailand exhibits a bright red crownshaft earning the nickname ‘Lipstick Palm’. With the potential to reach a height of 16 metres (52 feet) and its attractive presentation, the Sealing Wax Palm often features as a garden decoration. 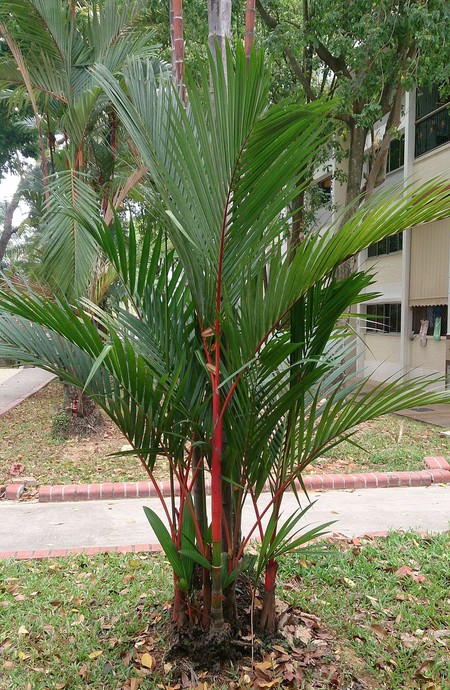 Also called the Golden Floating Bladderwort, these golden-yellow flowers in Malaysia grow near rivers, lakes and swamps. The plant lacks roots and floats on a large mass of leaves.

The large fibrous plant grows at the side of the roads throughout Malaysia and much of Southeast Asia. Classified under the Colocasia genus, the giant leaves of this tropical plant grow larger than 1.5 metres (4.9 feet). Some species are edible; others aren’t. 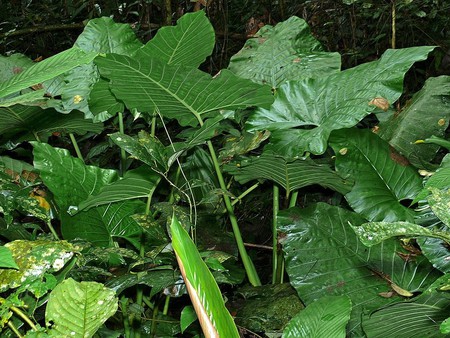 Several species of native palms live in Malaysia, but few appear as attractive as the Fishtail Palm. Known because of the arrangement of its leaves, the plant is often form a focal point in gardens.

The Pagoda Flower, or Clerodendrum paniculatum, rates among the most beautiful native flowers in Malaysia. Clusters of red, orange and white blossoms sprout from the stem, giving it a colourful and attractive appearance. 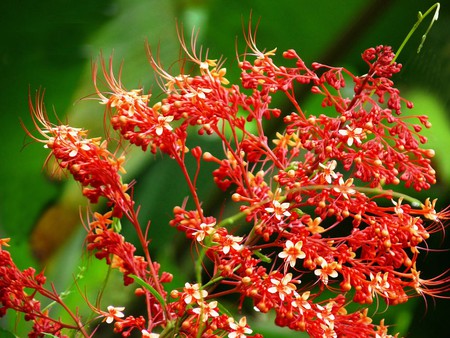 The banana plant grows almost everywhere. Large droopy leaves dominate the hills and plantations with its single bunch of bananas growing on the underside. Bananas epitomise the term tropical. Some can grow several metres in height. Various species in Malaysia produce a range of shapes, sizes, taste and colours, including an unusual red-skinned banana.