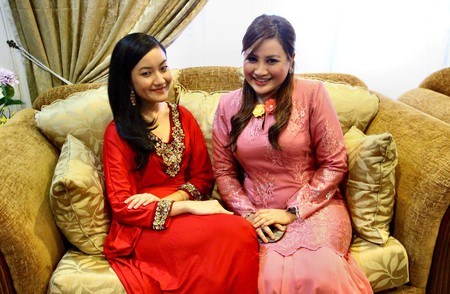 Every family has its Scrooge, and you know what Scrooges do — they give nothing. Literally, you’ll find nothing in your green packet. And if they forgot to slip in a newspaper piece from the job section, consider yourself lucky. 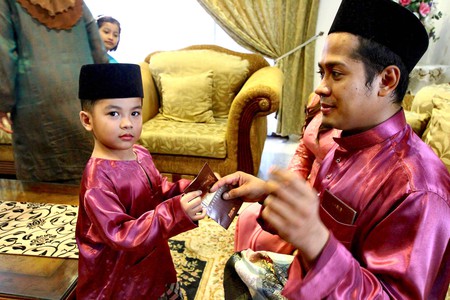 *Duit raya is typically only given out to kids and youths who are not yet working. So if you’re 25 and employed by PwC, eat your cookies and don’t expect a green packet.

This happens more frequently in expat- and tourist-populated areas like KL, KK, and George Town. Well-meaning and curious, the Tourist is the reason Hari Raya veterans get excited: here’s a chance to enlighten previously ignorant cultures to the secret wonders of this special day.

The Tourist is expected to eat, say “ahhh” with great approval of the Rendang (spicy local meat dish), and smile and nod — a lot.

The corollary of the Tourist is the self-appointed Know-It-All. Here’s the religious educator you’ve been missing — they know all about prayer positions, ritual origins, and why Muslim men wear songkoks. Don’t interrupt them when the Ustaz (teacher) of the day is speaking. 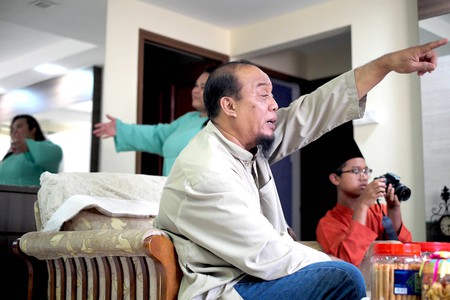 The Cook is usually so busy preparing food and getting everyone to eat that they forget to ask you how you are. All points of communication with the Cook should involve food, preferably theirs.

This role is typically delegated to teenagers and children (for the same reason you’d take cookies from a Girl Scout, but probably not from a burly overweight Comedian). This type is bound by familial obligation to serve you cookies and exhort you to take more food.

Shy, shun, or skirt, the Dieter will look like they’re eating, but actually aren’t. They’ll “mhm” and “ahhh” at the food, praise the Cook for excellent cooking, and nibble on a Dodol — but they won’t touch the Ketupat because of the carbs, and they’ll squirm at the Rendang because it’s made of santan (coconut milk, super high in calories). Chances are, they’re also married to the gym.

Where there’s a Dieter, there’s an Overeater. This is the person who samples all the food — several times. The only reason they don’t pile it on all at once is because they know someone (God?) is probably watching. They may or may not request for baggies to bag the leftovers. 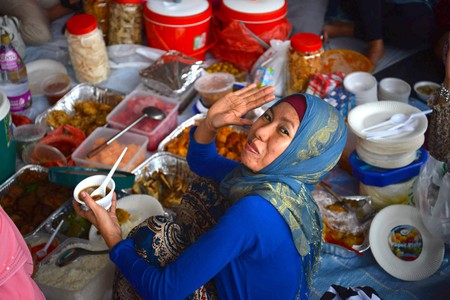 Comedians love an audience, and no festival brings an audience like Hari Raya. When relatives from Kedah, Kelantan, and Kuantan flock in for food and fun times, you can bet someone will be leading the merrymaking. Topics include anything from current affairs to Malaysian pop music, and if they’re good comedians, you may identify them from the little band of followers they’ve converted.

Are you planning to move, change careers, buy a house, get married? If so, the Gossiper will will get it out of you and around the town. They work by that fell technique of surprise and implicit pressure, and before you know it, you’re admitting to all of their intuitions. Yes, you’re moving to KL, and yes, you’re proposing to your girlfriend, and yes, your biggest ambition is to have triplets.

Hari Raya is the one day in the year when everyone looks their best, especially the Instagrammer. This person is decked out like Tunku Aminah on her wedding day, and enjoys whipping out their phone to capture the ego-syntonic moment(s). 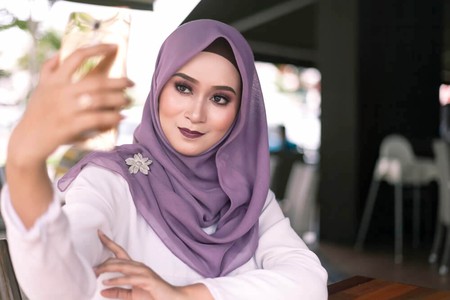 This isn’t just a reference to the popular online platform — this person can’t (or won’t) engage in conversation, eats in isolation, and always has a drink in hand (so they won’t have to talk to you). They can sometimes be found dozing off on the couch.