11 Great Inventions We Need to Thank Malaysia For 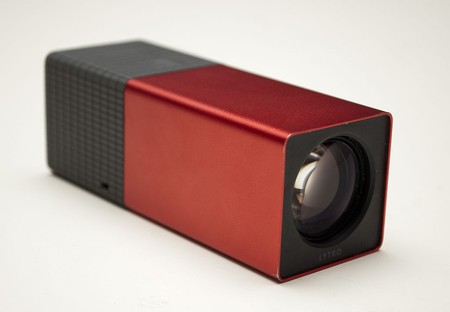 When you think of Malaysia, you may picture mouth-watering delicacies such as nasi lemak, tropical beaches, and natural rainforests. Or the iconic sights of the KL Tower, Petronas Twin Towers, and Batu Caves. But what about the inventions that represent Malaysia’s culture and support the everyday lives of locals? Here are the great things that you may not know were created by Malaysians.

Gasing, known as spinning tops, are carved by the villagers in Kelantan and Melaka. They believe that spinning tops would bring a good harvest. Every rice harvest season, villagers challenge each other to see who has the best skills in spinning tops. Made of wood, iron or steel, the tops come in various sizes weighing between 0.1kg to 5kg.

Today, associations such as the GohKaki Childhood Museum and Kelantan Gasing Uri Association, continue to introduce gasing to the public through annual contests, team-building workshops and on-ground events. Played by people of all ages, gasing brings adults back to their childhood memories and helps children appreciate their country’s history and traditions. 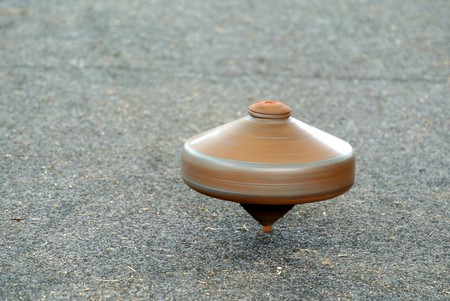 While he was studying abroad, Thomas Tang had a craving for Penang White Curry Noodle and he decided to find out how Penang’s popular street-food could be brought overseas. In 2011, Sky Thomas Food Industries was established and became a manufacturer for MyKuali instant broth pastes. Later, in May 2013, it introduced the MyKuali Penang White Curry Instant Noodle.

Each packet comes with a non-dairy creamer, soup stock and paste (made from fish stock, shrimp paste, spices, and chillies, similar to Malaysia’s popular chilli paste sambal). Rated by the US blog Ramen Rater, it became a global sensation and the #1 in “Top Ten Spiciest Instant Noodles of All Time 2014”. It is available in 13 countries including Singapore and the UK.

Wau Bulan is a Malaysia moon-kite, so-called because the kite’s tail is shaped like the moon’s crescent. Decorated with floral and leave motifs, wau bulan was traditionally played in the rural areas of Kedah, Perlis and Kelantan, usually after farmers finish working in the fields. Wau Bulan still exists in today’s society with other Malaysian designs, such as wau kucing (cat kite) and wau merak (peacock kite). Annual kite festivals, such as Pasir Gudang World Kite Festival and Melaka International Kites Festival, are held in Malaysia to showcase the participants’ skills in flying their most beautiful kites in the sky. 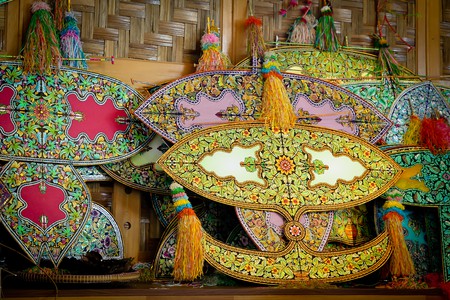 Invented by Goo Yock Tee, the Flipper toothbrush holder is designed to ensure people’s toothbrushes are kept hygienically clean by protecting the bristles with a simple cover. It opens and closes easily with a push of the button. Flipper has become a commercial success along with receiving local and global design awards. Recognised for its original design and innovation, Flipper has also received its patent worldwide.

The automatic egg boiler is a detachable four-piece plasticware, helps to make half-boiled (soft-boiled) eggs. This device can be found in almost every kopitiam (coffee shop) and mamak (24-7 restaurant) in Malaysia. In early 1973, Datuk Hew Ah Kow worked as a bulldozer operator at a lumber camp. Half-boiled eggs were the way he liked to start his working day, however, he often found that his eggs were overcooked. So, he decided to experiment with how to make the perfect half-boiled eggs.

A year later, he invented the automatic egg boiler. All you need to do is place your eggs in the plastic container, pour in the right ratio of boiling water and wait until the water is fully drained to enjoy your half-boiled eggs.

A sapeh is a traditional lute mostly played by the Kayan and Kenyah community, who live along the rivers in central Borneo. The instrument is carved from a single bole of wood, usually with two strings and three frets. It is used for traditional rituals and dances as a form of entertainment. The sapeh is still made in Borneo sometimes with three, four, and five strings. The beautiful sounds of the sapeh will enchant you and help you appreciate the wonders of Borneo’s nature and community.

The sompoton is an eight-piece bamboo mouth organ, made from gourd with bamboo pipes and originates from Sabah, specifically from the indigenous people of Kadazan-Dusun and Muru. Players can produce a harmonious melody by blowing into the sompoton while opening and closing the pipes with their fingers.

To preserve the awareness of sompoton, the Kadazandusun Cultural Association (KDCA) holds performances, together with other traditional music instruments to foster the love and understanding of its cultural heritage. Last year, the locals built the largest sompoton display to celebrate Kaamatan’s harvest festival. 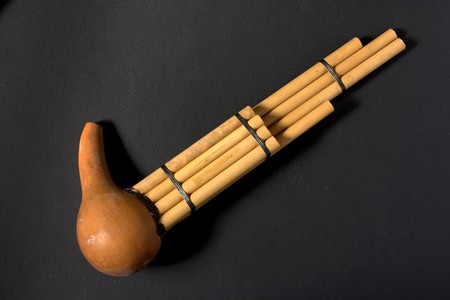 The concrete hexagon-shaped walls, each panel connected with steel bars, are used to build the flyovers which can be seen along the highways. Dr Nehemiah Lee started implementing his ideas after working at the Reinforced Earth Company in the 1980s. He researched the design and concepts while studying for his Masters’ degree. Later, he came up with the system of creating soil-retaining walls, that means the result is strong and versatile. The design is widely used in Malaysia and other countries including Singapore, Australia, and Hong Kong.

How Nehemiah walls were made © ACE Geosynthetics/YouTube

Did you know that pen drives were invented by a Malaysian? Pua Khein-Seng left Malaysia to pursue his degree in electrical and control engineering at Chiao Tung University in Taiwan. In his third year, he researched flash memory technology. Along with his partners, they founded Phison Electronic and he invented the first pen drive in 2001. Today, the pen drive is an essential on-the-go item for storing work files, movies, music, and all types of data. 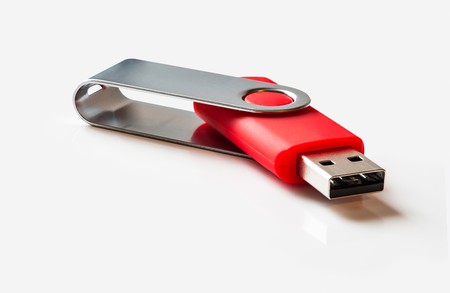 The Lytro camera is a ‘light field camera’ that lets you pick the point of focus in photos. Ren Ng studied light fields at Stanford University and looked into how light field technology is applied to cameras in compact-size packages. He studied optics and worked with electrical and mechanical engineering professors in creating cameras. After graduating with a PhD, he continued his research on producing light field cameras that anyone can use to take pictures with. This technology has become the basic application used by future generations in developing innovative digital cameras.

Robest Yong believes that there is room for improvement in producing rubber stamps. Before Polyclone came along, rubber stamps usually took a week to be produced but Yong managed to invent a device that creates rubber stamps in a much shorter time. Inspired by Japan’s photo-polymer used for printing, he created Polyclone – a polymer that looks like transparent rubber. His invention led him to win the gold medal at the International lnvention Exhibition in Geneva.