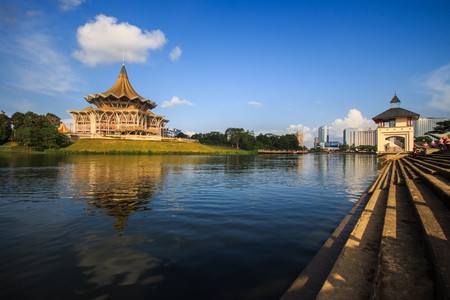 Kuching combines history and culture as well as colonial architecture with contemporary designs in a relatively small, chilled out city. Be captivated and inspired by these 11 reasons to visit Kuching as part of a Malaysia and Borneo adventure.

The exotic allure of the White Rajahs

In the 18th century, Sarawak belonged to the Sultan of Brunei. But after James Brook helped curb regional rebellions and piracy, the Sultan gave him the land that is today’s Sarawak. James Brook became the First White Rajah. After expanding the territory to include the modern day borders, the Brook Dynasty helped develop Sarawak. Kuching exudes an alluring air of Asia’s first and only White Rajah, lasting from 1841 to 1946. 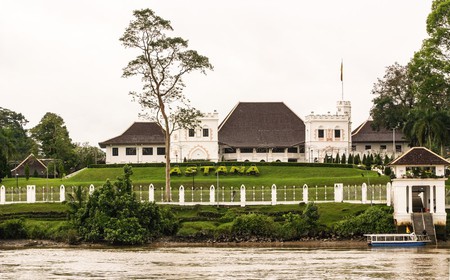 The Astana that holds a rich history | © bumihills / Shutterstock

Sarawak State Museum is officially the oldest museum in Borneo. After opening its doors in 1891 under Charles Brooke, the Second White Rajah, the museum displays a range of artefacts and relics from natural specimens to ethnographic costumes. Spend an hour or two learning about Sarawak’s history and culture and admiring the grand colonial museum.

One of the top reasons to visit Kuching for curious travellers is the cosy relationship between the city and cats. Kuching itself means ‘cat’ in Bahasa Malaysia, and the city lives up to its name and reputation. With a Cat Museum and several feline statues littering the streets, Kuching makes an attractive city for cat lovers. 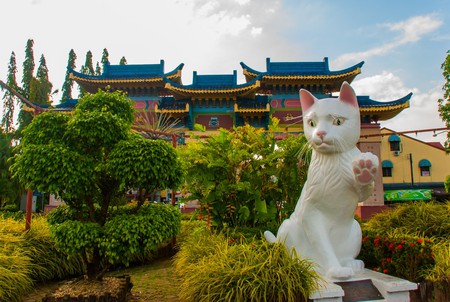 Kuching: One of the more affordable capitals in Malaysia

According to backpackers, one of the top reasons to visit Kuching is the affordability of travel. Compared to neighbouring Sabah and West Malaysia, Sarawak’s capital suits the more budget-conscious visitors. Think RM4 ($1) for a plate of delicious Sarawakian food, free admission into many attractions, and nightly rates costing less than RM70 ($17.60). Malaysia rates as one of the more budget-friendly worldwide travel spots, and Kuching is one of Malaysia’s cheapest cities.

Forget Penang and Ipoh, Kuching can be considered a food capital of Malaysia. With a selection of local delicacies including bamboo chicken, Kolo mee and the famous Sarawak Layer Cake, the chance to taste some of the flavours is among tourists’ top reasons to visit Kuching. Even celebrity chef Anthony Bourdain put Sarawak Laksa, a type of vermicelli rice noodle dish with a prawn-based broth, chicken, egg and bean sprouts, on his Top 10 Wish List. 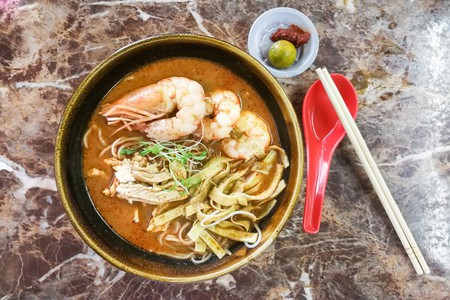 Because the White Rajahs ruled over Sarawak for more than a century, the colonial legacy remains in the city’s architecture. Kuching’s Astana (Palace), the former residence of the reigning Rajahs, is a particular highlight. Others include Fort Margherita, the Old Court House, the Round Tower and Sarawak State Museum. The colonial styles juxtapose and blend with traditional Chinese shophouses and modern streets to create an eclectic blend of layered history, culture and modernity. 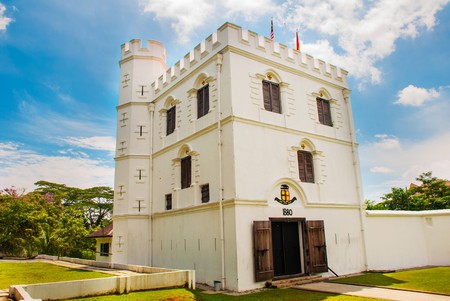 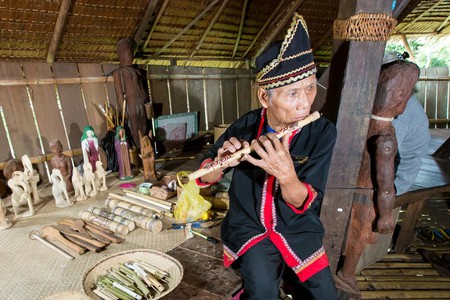 From cosy cat-themed cafés to sunset cruises along the Santubong River, Kuching oozes romance. Stroll along the Kuching Waterfront in the early evening and admire the Astana and Sarawak State Legislative Assembly after dark. Head to the Orchid Garden and see the Normah Orchid state flower, or spend a quiet hour inside one of Borneo‘s most beautiful parks, the Friendship Gardens. Finish off with a ride in a traditional wooden boat along the Sarawak River. Couples can easily find more romantic spots in Kuching compared to the rest of Borneo and Malaysia.

Another one of the top reasons to visit Kuching: the chance to join a sunset cruise on the Sarawak River. The 90-minute trip takes passengers along the river to watch the sunset over the 19th-century Astana and Fort Margherita. Either sit on the sky deck with a drink and enjoy the views or speak to the guides as they point out the mansions and landmarks lining both sides. 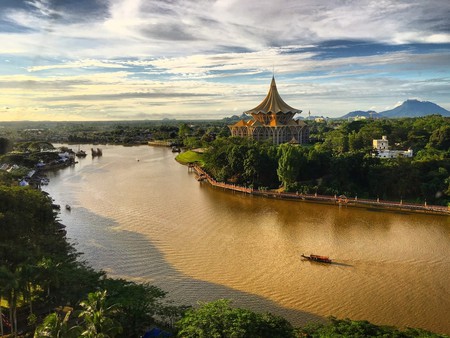 Deforestation destroys orangutan habitats and leaves the young vulnerable and homeless without the skills to survive in the wild. Semmengoh Nature Reserve adopts the orphaned primates and helps them prepare to return to their natural habitat. Several orangutans live inside the rehabilitation centre’s reserve. Visit during feeding time at 9:00am and 3:00pm for a higher chance of seeing them. 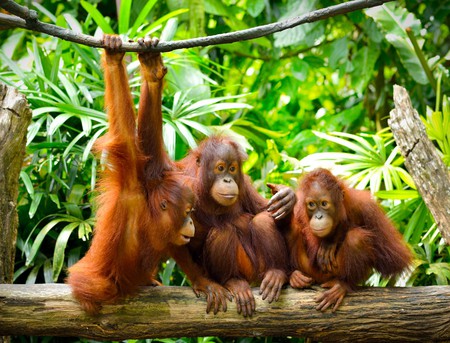 Another one of our more captivating reasons to visit Kuching is to take advantage of a day trip to Bako National Park to see wild proboscis monkeys. The rare and endangered primates have a red pot belly and a long characteristic nose. Estimates suggest between 150 and 250 live inside Sarawak’s oldest national park located just an hour from Kuching. 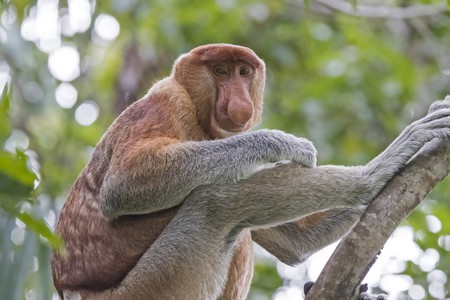