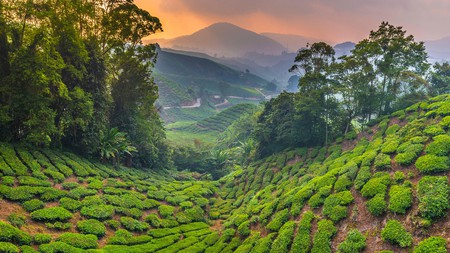 After Penang, Ipoh is Malaysia‘s food capital – and that’s just one of the many reasons to steer yourself there, and pronto. Find out more with our Culture Trip guide.

There are so many reasons to visit Ipoh, and while its status as second food capital is reason enough, there’s also the drama of the surrounding caves, containing temples and some of the oldest paintings ever made on stone. You can see more recent art on Ipoh’s city’s streets and benefit from the investment in tourism Ipoh has seen – before the secret is well and truly out. 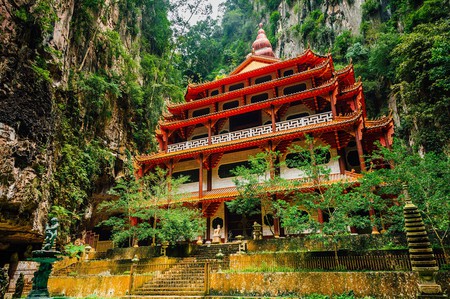 One of the top reasons to visit Ipoh is to experience the region’s cave temples. Chinese Buddhists found the cavernous space inside Ipoh’s limestone cliffs to be the ideal environment for a temple. Visit Perak Tong, Sam Poh Tong and Kek Lok Tong. The exterior looks like any other Buddhist temple,but the inside exudes a mystical air as the bronze statues are surrounded by stalactites and stalagmites.

It’s a good time to be a tourist in Ipoh

Perak 2017 was a nationwide tourism drive to Perak State, which saw biginvestments in tourist infrastructure. What was once a little–known city in central Malaysia now has heritage walks, a well-stocked tourist information centre and restored colonial buildings. Over the last year or two, Ipoh and Perak have become tourist-centric destinations. Wise travellers should make their way there sooner rather than later, before it becomes inundated with visitors, as so many other Malaysian destinations have. 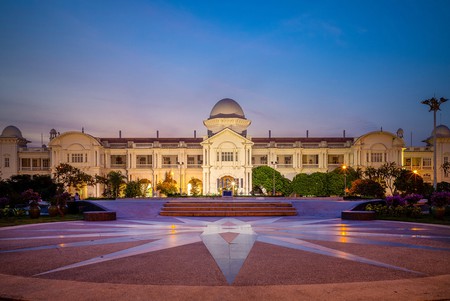 During Perak’s tin mining boom, the British exerted a strong influence over Ipoh. You can see their colonial legacy in the Railway Station, Birch Clock Tower, Ipoh Town Hall and the Old Post Office. While the colonial architecture isn’t as strong as in Penang, it does offer an insight into the city’s rather grand past. Follow the Ipoh Heritage Walk, which covers approximately 6.5km (4mi) around the city, to learn more about Ipoh’s colonial past.

Ipoh has Malaysia’s best food scene outside of Penang 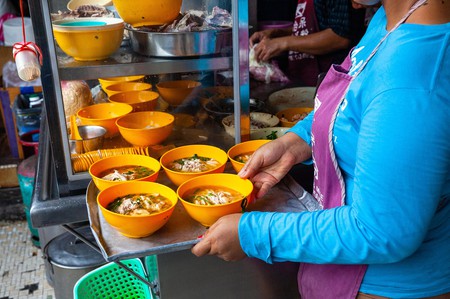 Few outsidersare aware of one of the top reasons to visit Ipoh Malaysia: the food. Although the foodie scene is less well-known here than in Penang, it is spectacular. With an array of food courts, local restaurants and hawker stalls that have servedthe samerecipes for decades, honing them to a place beyond perfection, any foodie is sure to have a divine culinary experience. Try thebean sprout chicken, gai si hor fun (shredded chicken noodles) and the regional favourite, Ipoh white coffee.

A variety of quirky (and affordable) museums

You can find several museums in Ipoh. One dedicates itself entirely to the famous Malaysian film producer Yasmin Ahmad, while another uses miniature Chinese figurines to depict scenes from ancient China. The Geological Museum, one of the most comprehensive in Malaysia, is worth checking out too. 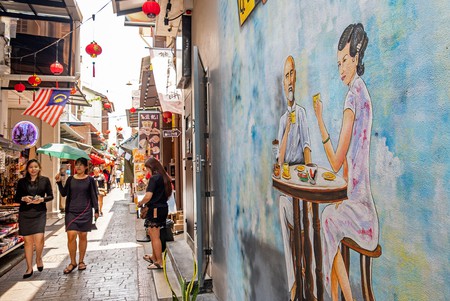 The walls along Mural’s Art Lane, a small alley on the eastern side of the River Kinta, are decorated with colourful street art. Sharing similarities to Penang’s graffiti district, George Town, the images detail scenes from local family life, regional customs and traditions, while others showinterestingscenes from the city’s past. The stairwell inside Wisma Chye Hin, described as an “indoor mural experience”is covered in street art and graffiti too.

Among the top reasons to visit Ipoh Perak is the chance to see some of the country’s oldest Neolithic cave paintings. Nearby Tambun Cave has hundreds of reddish-orange images covering the limestone rock face. Estimates suggest they date back between 2,000 and 5,000 years. Look closely and see pictures of humans, fruit and shapes. But apart from a handful of locals, few know about this incredible historical canvas on their doorstep. Follow the road towards Tambun and stop at the Caltex Petrol Station.Walk along the small lane near the fields. Cross the bridge and follow the signs to Tambun Cave Paintings. And then travel back in time.

From exploring the region’s vast cave networks to spending the day white-water rafting, tourists have access to all kinds of adventure activities near Ipoh. Head to Tempurung Cave, West Malaysia’s most extensive cave network, and join a tour to scramble through the caverns and passageways. Choose the wet tour and navigate through pools of water. Or for a day on the water, visit the Kampar River and spend a few hours white-water rafting.

A chance to visit the mysterious Kellie’s Castle

Approximately 21km (13mi) south of Ipoh in Batu Gajah, Kellie’s Castle is Malaysia’s most mysterious colonial building. William Kellie Smith made his fortune from rubber and ordered the construction of alarge estate for his family, bringing 70 Tamil craftsmen, as well as bricks and marble, over from India. But after Kellie Smith’s sudden death from pneumonia in 1926, the half-finished mansion was forgotten and lost to the rainforest. Since it was rediscovered and made into a tourist attraction, secret passageways and rumours of the supernatural have deepened its mystery and allure.

Ipoh is a gateway to the Cameron Highlands 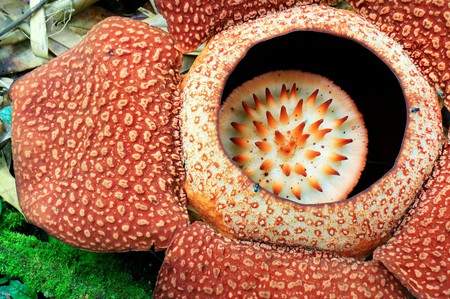 You can extend your Ipoh travel with a visit to the Cameron Highlands, located in Pahang State, which have been a favourite retreat since colonial days. The British established Malaysia’s highest Hill Station here and used the fertile land for tea plantations. Apart from perhaps enjoying a breather due to its cooler climate, you can tour the plantations and go hiking. The Cameron Highlands are home to several unusual and threatened plant and animal species, including the bizarre-looking rafflesia plant, which produces massive flowers.