ASIA
/
MALAYSIA
/
IPOH
/
Things to Do 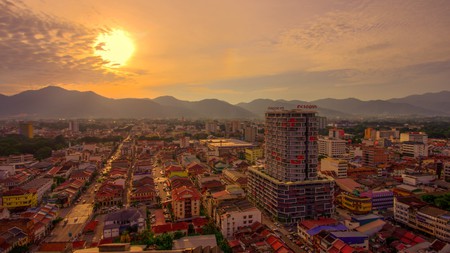 Perak’s capital Ipoh has grown as a tourist destination. Offering a mixture of colonial and traditional charm, limestone cliffs and a series of cave temples, the city boasts plenty of sights and activities to keep visitors busy. Here are our favourite must-visit attractions in Ipoh for history, culture and entertainment. 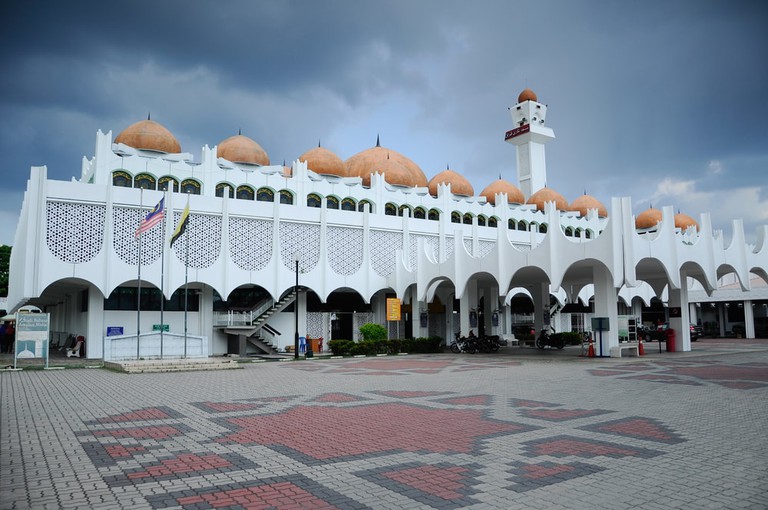 Best to visit outside of their prayer times | © Aisyaqilumaranas / Shutterstock

Ipoh State Mosque, or Sultan Idris Shah II Mosque by its official name, opened in 1968. Named after the then sultan, the religious landmark opposite the Railway Station has become a symbol of the city. The white-washed two-storied mosque with a modern style of Islamic architecture has 44 domes and a 38 metre- (125 feet-) tall minaret. Tiny mosaic tiles decorate this must-visit attraction in Ipoh that glistens under the sun. Inside Ipoh’s largest mosque, there’s a library, conference centre and open space that often doubles-up as a wedding venue.

Learn the Irony of the Birch Memorial Clock Tower 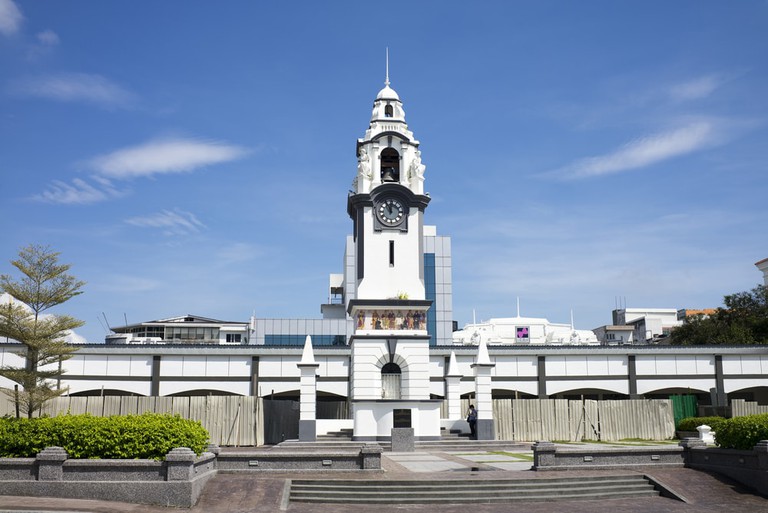 As with much of Malaysia, one of the most influential colonial legacies remains as a clock tower. Ipoh’s Birch Memorial Clock Tower in front of Ipoh State Mosque officially opened in 1909. The white-washed structure acts as a memorial to James Birch, the first British resident of Perak, who was murdered by local Malay chiefs in 1875. Ironically, the street directly to the north is named after James Birch’s killer, Dato Maharajalela, viewed as a local hero. Visiting the historic landmark should be combined with exploring the other colonial legacies in the old town. 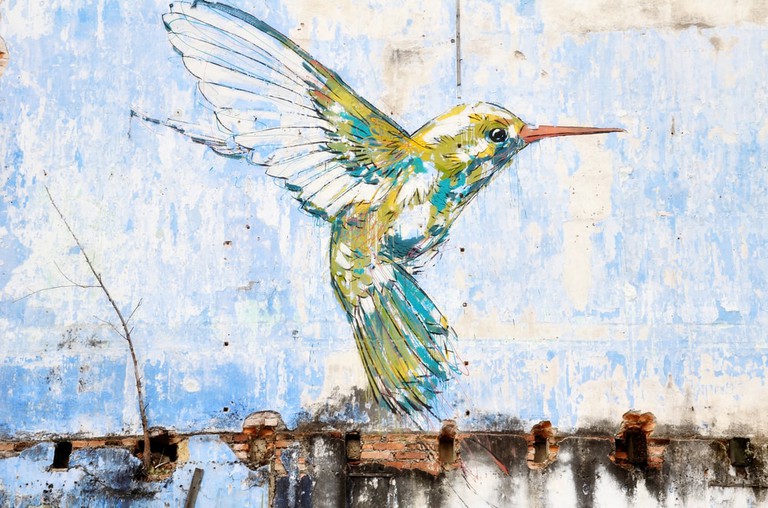 Ipoh-born art teacher Eric Lai felt inspired by Ernest Zacharevic’s street art in Penang and decided to brighten up some of the city’s backstreets. Colourful murals decorate the walls of Panglima Street, depicting cultural and traditional parts of local life. The public art quickly transformed into one of the must-visit tourist attractions in Ipoh. Mural Art’s Lane features Malaysians of all races and backgrounds, scenes from family life and favourite childhood games as well as Indian and Chinese dances. 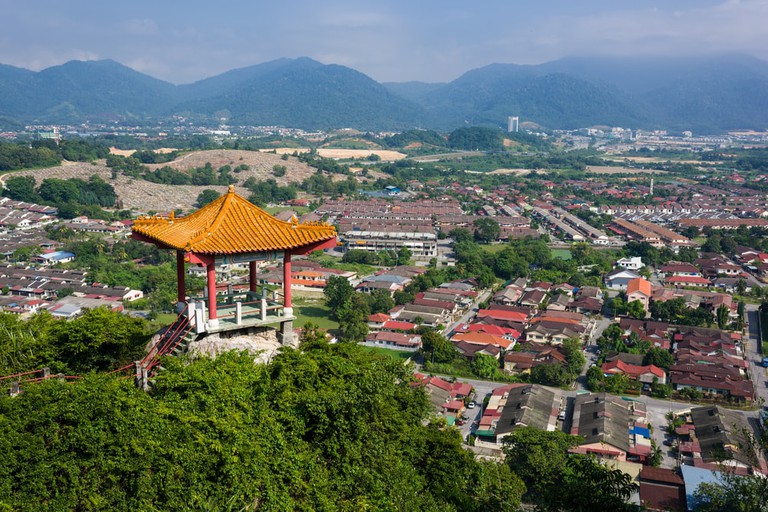 According to local stories, Perak Temple became a place of worship in 1926 after a Chinese Buddhist discovered the cavern and turned it into a sanctuary. Today, the temple ranks among the must-visit attractions in Ipoh. As visitors enter the limestone caves, a golden Buddha meets them as the temple’s focal point. Various murals, Chinese calligraphy and statues decorate the interior, producing an exotic and unearthly appearance and ambience. But the real treat awaits those who climb about 400 steps to the 360-degree viewing platform overlooking the city.

Have a Mythical Experience at Sam Poh Tong Temple 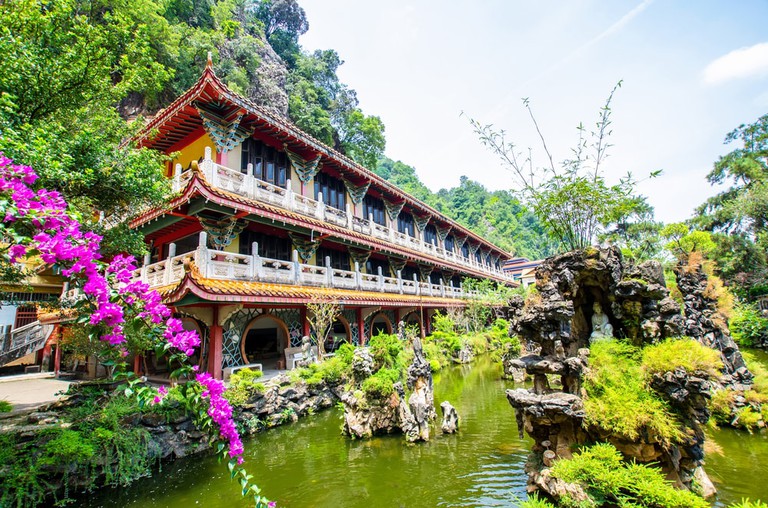 Sam Poh Tong Temple, located approximately 5 kilometres (3.1 miles) southeast of Ipoh’s old town, is one of Malaysia’s largest cave temples. Traditional Chinese elements cover the exterior and entrance to the exotic caverns inside. Bronze statues fill the interior against the fog of burning incense interspersed between the stalactites and stalagmites. According to legend, a Chinese monk discovered the cave in the late 19th century. He then meditated inside for 20 years until his death. The 246 steps through the cave lead to a viewing platform. 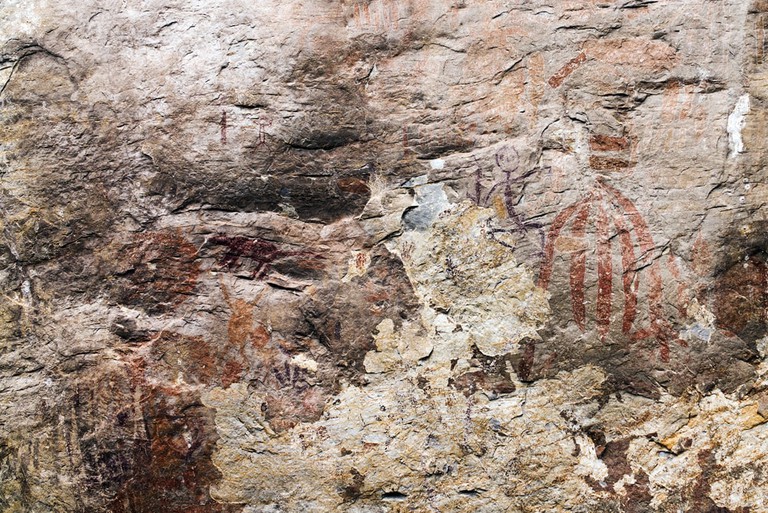 Few know about this incredible must-visit attraction in Ipoh. The Gua Tambun Cave Paintings consist of an estimated 600 images of humans, animals and shapes believed to be Malaysia’s most extensive collection of Neolithic art. After a British soldier accidentally stumbled upon the reddish-orange drawings in 1959, it took a few more decades for Ipoh City Council to declare them as a National Heritage in 1986. The images, believed to be between 2000 and 5000 years old, decorate the face of the limestone cliff. Sadly, the lower part has been vandalised. Reaching the rock art is challenging. Take a taxi or Grab to Caltex Petrol Station on the road towards Tambun. Walk along the lane towards the field, over a bridge and follow the signs up the steps to the limestone cave. 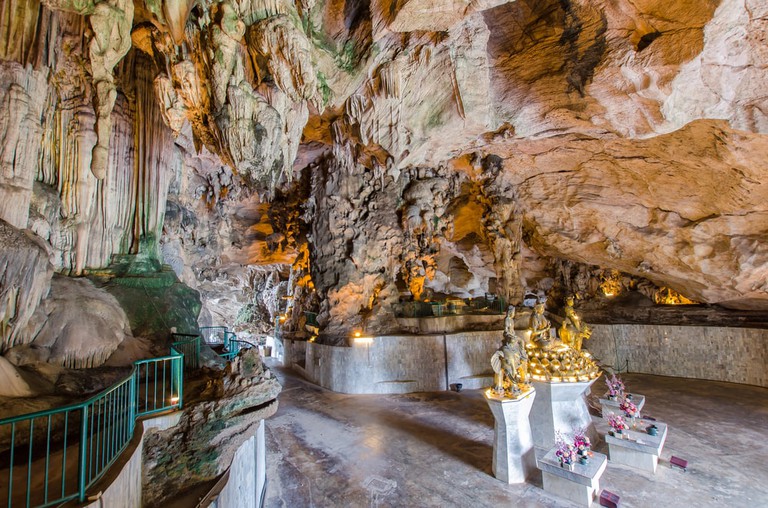 Explore the cave temple and head to the garden for more photo opportunities. | © gracethang2 / Shutterstock

Located approximately 15 minutes from the city centre, Kek Lok Tong Cave Temple is another one of the more photogenic must-visit attractions in Ipoh. Similar to the other cave temples, the cavernous space has bronze Buddha statues and religious art decorating the walls. The spacious interior also provides a refreshing retreat from the hot air. Outside, a path leads between a pond and gardens. 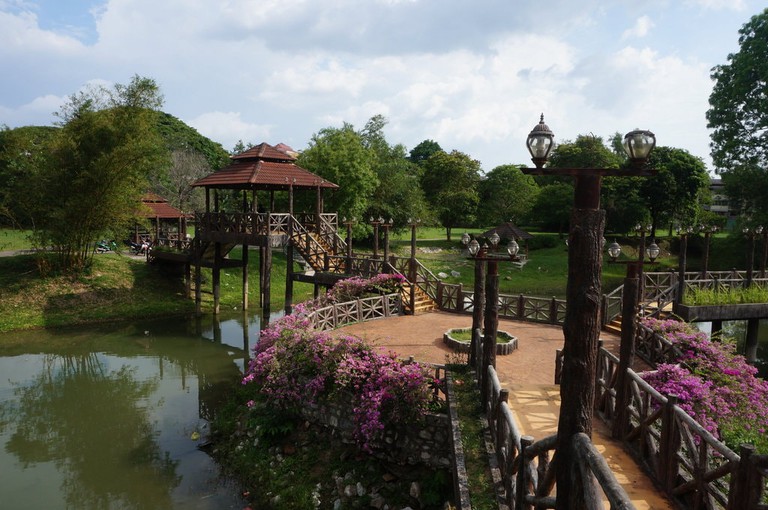 Locals come to this park in the late afternoon with their families. | © Sam Bedford

Located to the north of both the old and new town, DR Seenivasagam Recreational Park sits next to the River Kinta. Formerly named Coronation Park to honour Queen Elizabeth’s Coronation in 1953, the park has provided locals with an urban retreat for decades. A lake, Japanese Garden and a giant thicket of bamboo are highlights. Head down in the late afternoon to escape the city’s noise and capture a few photographs. 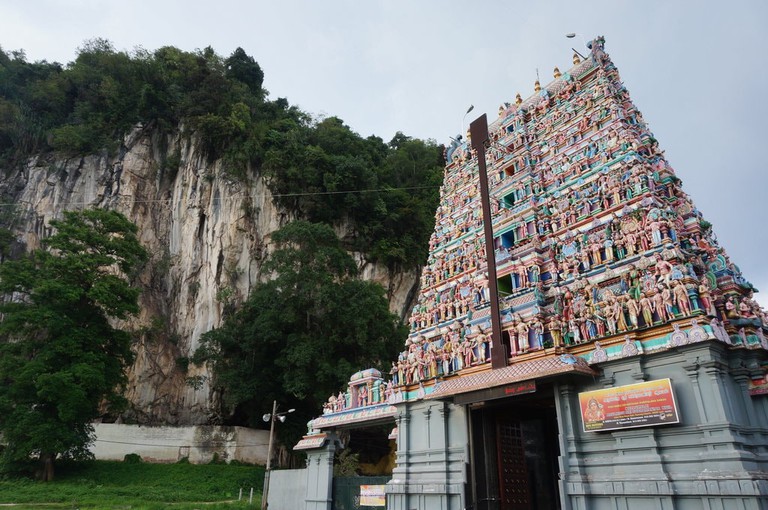 The Hindu temple sits near DR Seenivasagam Park next to a steep limestone cliff. Outside of prayer times, the area becomes quiet and deserted, offering a serene spot for quiet reflection and to soak up the views. While there isn’t much that distinguishes this temple, the highlight is the setting against the cliffs. The Guan Yin Dan Ba Xian Tong Buddhist cave temple inside a cave sits next door. Some might not see these temples as must-visit attractions in Ipoh, but anyone with a passion for photography will appreciate the view. 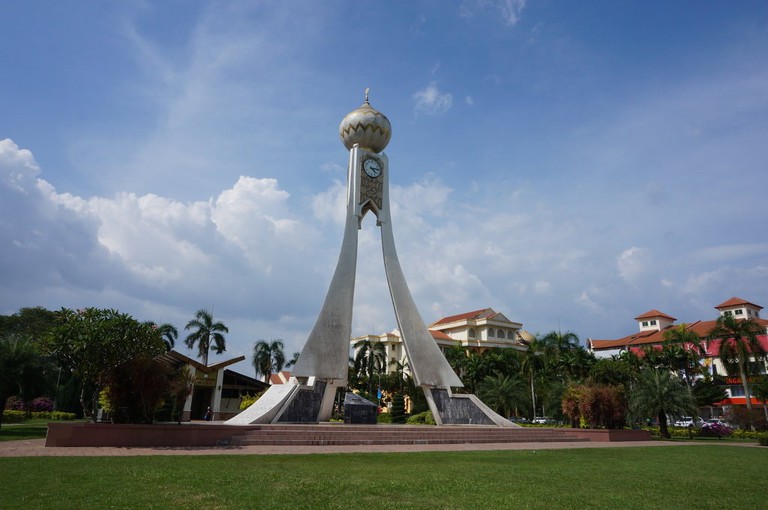 Located in the Greentown neighbourhood, Datran Ipoh is an often overlooked attraction in the capital city. On the northern side of the manicured lawn, the weird tripod-like MBI Clock Tower sits elegantly with a dome similar to an onion at its top. Surrounded by elegant buildings and a giant flag, the square itself is one of the more photogenic must-visit attractions in Ipoh. After dark, the square gets bathed in light, making it look even more stunning.