10 Malaysian Films Everyone Needs to Watch 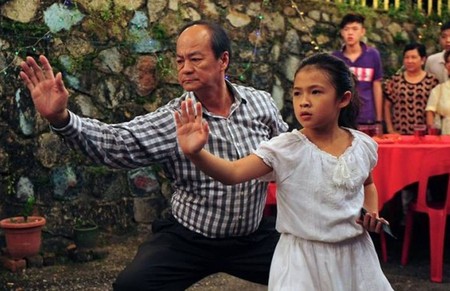 "The Kid From The Big Apple" |Courtesy of Three Pictures

After the success of Chiu Keng Guan’s The Journey (2014), more Malaysian films are starting to focus on family, social issues, and historical values. Not only screened in Malaysia, these films are showcased at major international film festivals including the Cannes Film Festival and the Udine Far East Film Festival. Here are some of the recent Malaysian films that you should watch.

Jess Teong, previously a singer, actress, model, and film producer, made her directional debut film with The Kid from the Big Apple.

11-year-old girl Sarah (Sarah Tan) is forced to stay over at her grandfather’s (Ti Lung) home at the local neighborhood in Malaysia while her mother (Jessica Hsuan) has to settle work in China. At first, Sarah does not adapt to her grandfather’s traditional cultural practice, nor does she get along with neighbors. The development of a close bond between Sarah, her mother, and grandfather will move you to tears through their heart-to-heart conversations and moments together.

The sequel to the film, Before We Forget, will be released on November 16, 2017.

Director Chiu Keng Guan (The Journey) returns with fictional film Ola Bola, inspired by Malaysia’s football team, who, in the film, are making their way to be qualified for the 1980 Olympics in Moscow. The footballers have disagreements among themselves and how practice is mandated by the coach. Despite personal problems affecting each of them, they help each other along the way. The multi-cultural team bring their fighting spirit in getting international glory for the nation.

Ola Bola makes your heart thump with excitement as you watch the unity of Malaysia supporting the local football team.

Director Saw Teong Hin (Puteri Gunung Ledang) and cinematographer Christopher Doyle (Chungking Express and In the Mood for Love, directed by Wong Kar Wai) worked together in making a fully Hokkien drama film: You Mean the World to Me.

The film is based on the director’s family history and subtle relationship with his mother. Filmmaker Sunny (Frederick Lee) returns to his hometown of Georgetown, Penang to direct a film about his family. It takes us back to the 1970s, where we see Sunny as a child struggling with his family. While making the film, Sunny slowly learns to accept the past and gains understanding of his mother’s love for the family.

The heartfelt story, together with visually powerful cinematography, and iconic Penang sights (including the Majestic Theatre) invites audiences to reminiscence on their good old days.

Jagat, directed by Shanjhey Kumar Perumal, is set in the early 1990s when Indian Malaysians struggled to earn a living in harsh situations due to a lack of estates. A 12-year-old boy named Appoy (Harvind Raj) prefers to watch gangster flicks and have fun instead of studying. His strict father pressures Appoy, which leads to a curiosity about his uncle’s life as a gangster.

The film received awards at local film festivals and was screened globally due to its intense scenes of characters’ struggles and eerie background music.

KL24: Zombies consists of three different stories directed and written by James Lee, Gavin Yap, and Shamaine Othman: (1) three white-collared workers being controlled by their boss, (2) Farah, working as a lawyer for NGO, who is doing her best to impress her family, and (3) three wives scrutinizing their husband’s fourth marriage. Characters from these stories come together, after being infected, which leads them to become zombies.

As the first independently produced zombie film, it has suspense scenes of encountering zombies and some humor to it.

Police chief Tan (Alan Chung) discovered that his wife and close friend Lai (Berg Lee) ran away from the village together, leaving his daughter Sandy (Mayjune Tan) with Tan. Arguments occur between Tan and Sandy until he talks about his secret forbidden love with Lai. Thirty years ago, Tan left the village due to his family situation. Lai feel betrayed and longed for another man. Fast forward to present time, where Lai does the same to Tan by leaving him behind.

The Second Life of Thieves has its world premiere at the Busan International Film Festival 2014.

Debut drama film Redha (Beautiful Pain) was directed by Tunku Mona Riza and inspired by true stories, and is about a family supporting each other in helping their autistic son, Daniel (Harith Haziq). Alina (Junainah) and Razlan (Namron) have to raise their son caused by autism, which they do not understand. Razlan doesn’t understand his son’s condition while Alina patiently gives her maternal love to her son. Her sister and close friends help until they find a way to improve Daniel’s life, but when a tragic accident happens, they must think of other solutions.

Not only does Redha talk about autism, but it also has an open dialogue regarding families and overcoming harsh realities through helping each other out along the way. This emotional film will leave you in deep thought about the current situations on handling disability in modern society.

Chinese New Year films are known for talking about the good times spent together with family. These films will make you laugh and cry as these scenes relate to our personal experiences. Love from Kampung is one of the good examples in relating to people’s situations in regard to spending time together with family on special occasions.

Good friends, successful in their careers, decide not to go back to their hometowns to celebrate Chinese New Year with their families. Their parents become upset and disappointed, so they decide to come down to the cities to visit their children and celebrate the festive season together.

In Love from Kampung, parents are proud of talking about their children’s success. Yet, both parents and children come to the realization that family comes first.

Kanang Anak Langkau: The Iban Warrior is one of the Malaysia’s historical figure films following Puteri Gunung Ledang (2004) and Lieutenant Adnan (2000). Director Bade Hj. Azmi created this film based on the true story of Sergeant Kanang Anak Langkau, an Iban warrior and nation’s war hero in fighting against communists.

Although he has to make sacrifices, including leaving his family behind, he does his best to protect the country. The film is a remembrance to the brave Iban warrior, Datuk Kanang Anak Langkau.

A deaf drug dealer Uda (Zahiril Adzim) earns income to buy his cochlear implants. One day, he meets high school girl Dara (Sharifah Amani), who wants to be free from her father’s control. Their relationship blossoms while they experience violence, sex, and drugs.

Pekak has a combination of humor, romance, and drama, but addresses issues on the dark side of society through a simple but impactful storyline.

Alongside with Redha, Pekak was selected to be screened at this year’s Cannes Film Festival. Pekak has received two awards at the International Motivational Film Festival – Bridge of Arts 2016 in Russia.