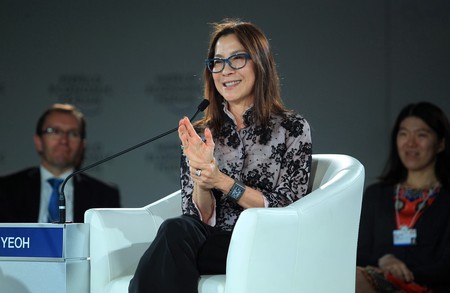 Malaysia may be a young nation (she turned 60 last year), but the nation has made social and environmental leaps beyond its age — and here are the people who made it happen.

Born in an age way before #MeToo, Ambiga Sreenevasan is a Malaysian lawyer and human rights advocate who famously helped to amend Malaysia’s Federal Constitution to ensure that a woman’s testimony in Syariah Court would carry equal weight to her male counterpart’s testimony.

Her controversial work has made her the target of hate mail, death threats, and calls for her arrest — but her reward comes in the form of international recognition, including the US International Women of Courage Award in 2009.

A post shared by George Town Literary Festival (@georgetownlitfest) on Nov 26, 2016 at 5:52am PST

Who says you can’t change the world (okay, the country) with poetry? This well-known bard has been featuring human rights and environmental concerns in his work since 1965, and shows no signs of slowing down.

Cecil Rajendra has been published in over 50 countries, nominated for the Nobel Prize in Literature in 2005, and nearly had his passport revoked — on account of damaging the country’s international image. Recently, he has been involved with the annual George Town Literary Festival, one of the “last bastions’ of free speech” in Malaysia.

Gay rights aren’t really a thing in Malaysia, but that doesn’t mean activists are staying silent about it. Jerome Kugan co-founded Seksualiti Merdeka, a sexuality rights festival held annually in Kuala Lumpur from 2008 to 2011, after which it was banned by the government.

He also co-wrote Body 2 Body: A Malaysian Queer Anthology, before it was seized by the Home Ministry. Undeterred, he continues to champion LGBTQ rights and has initiated the poplar local queer party under the umbrella title, “Rainbow Rojak.”

Today we celebrate the life of our founder, our leader and one of the most empowering women of our time. May you continue to guide us everyday. R.I.P Irene Fernandez 🖤 #founder #leader #inspiration #irenefernandez #standingupforequality #rightsforallhumans #rip🙏

Women’s rights in Malaysia are a little behind the international stage — but migrant women workers’ rights are even more so. In 1991, Irene Fernandez founded Tenaganita, a non-profit offering refuge and help to migrants, refugees, women, and children from exploitation, human trafficking, and unfair work practices.

Her activism has involved a conviction of imprisonment in 2003, before it was appealed and overturned by the High Court five years later. In 2005, she received the Right Livelihood Award for her work.

If you go to Sabah and see many happy orangutans waving at you, it’s because “Dr. Dino” — as he’s fondly known — has been championing the conservation of their natural jungle habitat since 1990.

Presently the CEO of WWF-Malaysia, Dr. Dino is involved in Borneo’s many conservation strategies (particularly in Kinabatangan) and fundraising initiatives. He also facilitates foreign media visits, trains local journalists in environmental reporting, and has been credited with establishing a Corridor of Life at the Kinabatangan Wildlife Sanctuary.

Former Bond girl (Tomorrow Never Dies) and popular actress (Crouching Tiger, Hidden Dragon, and Memoirs of a Geisha), Michelle has been actively involved in youth volunteerism in Malaysia. In 2013, she was appointed the first 1Malaysia For Youth (1M4U) mentor, empowering youth to drive change and impact within their communities.

She is also the Malaysian Ambassador for Orangutan Conservation, and works with the government to fight crime.

Known affectionately as “Cikgu Lily” (Teacher Lily), this educator, Sarawakian nationalist, and women’s rights activist played a critical role in the anti-cessation movement of Sarawak, which was then at the threat of being ceded as a crown colony of Britain, as opposed to a protectorate under the White Rajahs. The anti-cessation movement was a success, in case you didn’t guess.

She was later appointed as a Councillor of Kuching Municipal Council in 1950, and continued to be an active participation in voluntary organizations, including the Red Cross and the Prisoners’ Aid society. 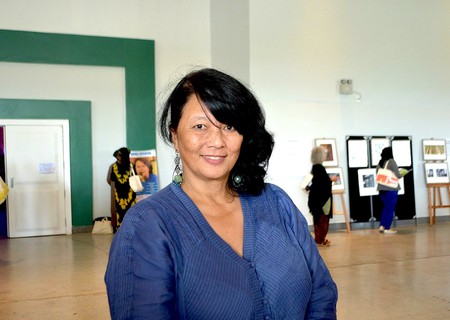 One of the seven co-founders of Sisters In Islam, Zainah Anwar has helped to challenge Islamic laws and policy that discriminate against women, raising awareness of diverse interpretations of Islam and encouraging a public platform for women to realize (or challenge) their rights under syariah law.

Founded in 1987, Sisters In Islam has since expanded to tackle wider concerns of democracy, constitutionalism, and human rights. They have been critical in influencing amendments to Islamic Family Law in Malaysia.

She may be the second Yeoh on our list, but she’s no less important. As the executive director of YTL Singapore Pte. Ltd. and director at YTL-SV Carbon Sdn Bhd, Ruth has a particular focus on corporate environmental sustainability.

She pioneered the “Climate Change Week,” YTL’s awareness campaign to highlight the causes and effects of climate change in Malaysia and globally, and authored Cut Carbon, Grow Profits: Business Strategies for Managing Climate Change and Sustainability, published in 2007.

This green warrior may be young, but Malaysia’s already the greener for him. President of the Malaysia Green Building Confederation, Sarly Adre has been critical in promoting sustainable architecture and implementing strategies to improve energy use, recycling of resources, and increasing greenery in upcoming developments.