10 Great Poets From Malaysia to Know 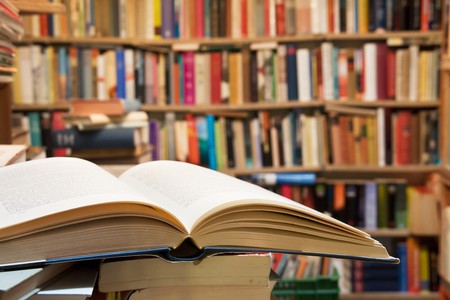 With literary events, groups, and festivals mushrooming all over Malaysian cities, it’s only fitting to consider the top literary figures who have blazed the trail for newer, younger writers. Whether you’re a fan of Bahasa Malaysia (Malaysia’s national language) poetry or Anglophone verse, this list is for you.

When it comes to the great poets, Usman is right up there. Born to a poor peasant family in Johor, he grew to become a reporter, writer, and poet in the post-World War Two years, and eventually amassed some 200 poems to his name. He was awarded the National Laureate in 1983. Two public schools in Johor are named after him.

If you went to secondary school in Malaysia, you’ll be familiar with A. Samad Said’s poem, The Dead Crow. While his dreams for a cleaner environment may continually be thwarted, his poetic achievements are every writer’s dream – his awards include the 1976 Pejuang Sastera (Literary Warrior), the 1979 Southeast Asia Write Award, and the 1985 National Laureate.

No awards for this writer, but step into one of this anthologies and you’ll be transported into a world where wounds can be soothed by words, and lamentations can read like music. Check out some of his poetry here.

Arguably the most widely translated poet on this list, this “lawyer-poet” has had his poems circulated in more than 50 countries. He was also nominated for the 2005 Nobel Prize in Literature, and received the first ever Malaysian Lifetime Humanitarian Award.

Best known for her cross-genre novel, Pulau Renik Ungu (The Island of the Purple Crocus), Sit’s poems have also spanned their own recognized anthologies, including The Moon is a Candle and Bunga-Bunga Bulan. Before her literary career, she trained in drawing and worked as an art instructor.

Hailed by the New Straits Times as the “local Haruki Murakami,” Uthaya is the outspoken, blunt, occasionally provocative, writer of his generation. His writing is all published in Bahasa Malaysia (the national language), which is also the chosen language for his blog.

This award-winning poet was born in Kelantan, educated in Kuala Lumpur, and well-loved across the country. His literary accolades include the 2004 Literary Prize of Malaysia, and the 2013 Masters Literary Award. His collection of poems, Sand Castle, was translated by Victor Pogadaev.

Acclaimed poet and playwright Dinsman was born Che Shamsudin Osman (“Dinsman” is his pen name). Satirical, protesting, and absurdist, Dinsman’s wry humor has earned him several national accolades, including the Main Literary Award of Malaysia in 1976 and 1983.

Malaysian Anglophone literature finds a woman’s voice in Hilary’s wide-ranging work. Her anthology of poems, Bad Names for Women, was a runner-up for the 1988 Virginia Poetry Prizes, and her short story collection, Tin Mines and Concubines, won the Washington Writers Publishing House Prize.

A prolific writer of poetry of prose, Bernice is one of the most prominent voices in the local literary scene. Her poetry collections include The Book of Sins and Going There and Coming Back, and her memoir Growing Up with Ghosts won the 2012 Popular Readers’ Choice award. She continues to organize literary events in Kuala Lumpur.