The Amazingly Cheap Destinations in Asia 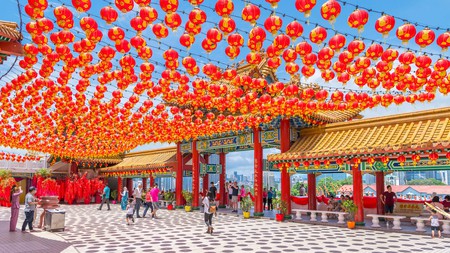 Consider one of these cheap places to travel in Asia if you want to live like royalty on your next adventure. Or, better yet, embrace the digital nomad life and move full-time to one of these budget-friendly destinations.

Asia is the largest continent in the world, home to 48 countries. And while some of those have a reputation for being expensive places to travel, such as Japan and Singapore, there are others that offer terrific opportunities for a budget-friendly break. To help you get more bang for your baht, rupee or taka, Culture Trip has found the cheapest Asian countries to live in or travel around.

If you’re looking for an affordable but offbeat place to explore that’s full of energy and intrigue, this is the place for you. Bangladesh is home to the Sundarbans, the biggest mangrove forest in the world. It also boasts Cox’s Bazar, the longest stretch of unbroken sandy beach on Earth. Discover historic temples in Puthia, river life in Barisal, ancient ruins in Gaur and much more. You can dine in a cheap restaurant for around 150 Bangladeshi taka (approximately £1.27). A daily budget of 4,000 taka (approximately £34) will let you splurge and occasionally enjoy top-class hotel rooms and fancy restaurants, but it’s also possible to get by in Bangladesh on around 1,500 taka (approximately £12.70) per day. An average backpacker should expect to spend in the region of 2,000 taka (approximately £17) each day. 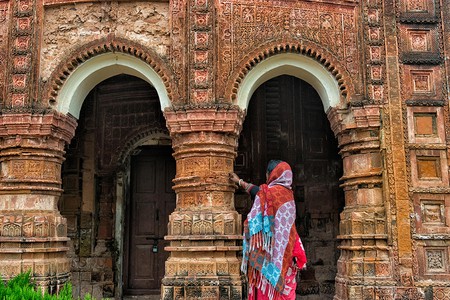 An often-overlooked country, Georgia sits alongside the Black Sea at the crossroads between Asia and Europe. The lush Caucasus Mountains are speckled with traditional villages and incredible views can be found around almost every twist in the road. The capital, Tbilisi, is a melting pot of cultural influences where a traditional way of life still prevails – though the nightlife is fun and cheap. Plus, in Georgia, you can spend the morning skiing and then hit the beach in the afternoon. Hostel beds start from 14 Georgian lari (approximately £3) and you can travel long distances by mashrutky (local minivans) for around 20 lari (approximately £4.30). A backpacker’s daily budget of 60 lari (approximately £13) should be ample. 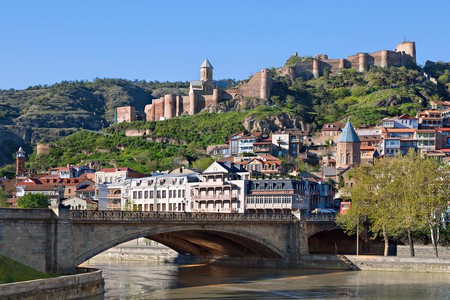 Although sightseeing flights over Mount Everest and intense multi-day treks in the Himalayas can cause costs to skyrocket, the base costs of visiting Nepal are very affordable. As a benchmark, a meal in a budget restaurant will cost about 200 Nepalese rupees (approximately £1.20) and cheap double rooms in a Kathmandu guesthouse can be found for as little as 650 rupees (approximately £4) per night. Expect to pay around 3,300 rupees (approximately £20.50) per day for an experienced trekking guide, though keep in mind that this cost will be split between the group; explore with new pals to make budgets more manageable. With a daily allowance of around 3,000 rupees (approximately £19), you should be able to make the most of your time in this fascinating country. 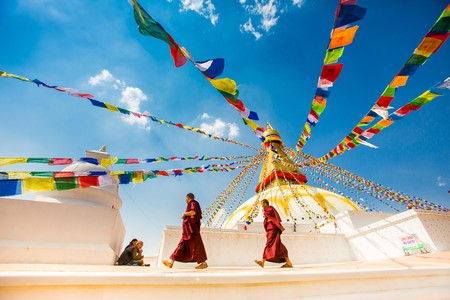 Spread across thousands of islands, Indonesia offers lots of variety. Volcanic landscapes, idyllic beaches, gorgeous lakes and nature galore contrast with historic highlights, such as the temple of Borobudur and bustling cities. While prices on different islands can vary immensely, Indonesia is, overall, one of the most budget-friendly countries in Southeast Asia. Costs can be kept down by spending time on just a few nearby islands rather than trying to cram in as many as possible. More popular islands, such as Bali, Lombok and Sumatra, tend to yield better deals than more remote destinations. Limit alcohol consumption (prices tend to be higher here due to the Muslim-majority population) and use local transportation, and you’ll find that travelling around Indonesia can be cheap. The average cost of a meal in a regular local restaurant is around 25,000 Indonesian rupiah (approximately £1.20), and in some areas, you can find budget guesthouses that start from just 30,500 rupiah (approximately £1.50) per night. Realistically, you should plan to spend around 435,000 rupiah (approximately £21.65) per day on a budget trip in Indonesia. 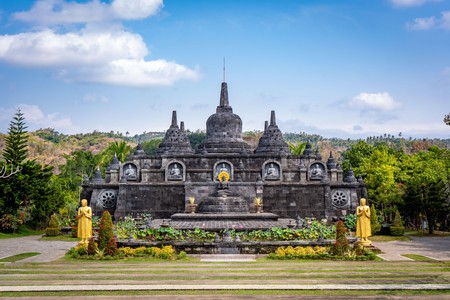 A huge and diverse country, India offers something for everyone. From beaches and mountains to world-famous architecture, delicious food, bustling markets and spiritual experiences, India is a rich and attractive destination: chill on the splendid beaches of Goa and wander around the many churches and other religious buildings; bathe in the Ganges at Varanasi; explore the tea plantations and enjoy the cool climate of Darjeeling; and absorb the energy of New Delhi. With beautiful cities and spectacular scenery, there’s no end of travelling to be done in India. In a country where dorm beds can be scored for as low as 400 Indian rupees (approximately £4), cheap street eats are abundant and long-distance sleeper trains can cost as little as 600 rupees (approximately £6), you can live comfortably on a daily budget of around 2,500 rupees (approximately £25). Shoestring travellers can, however, cut costs even more. 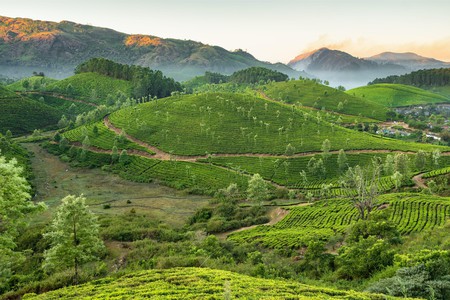 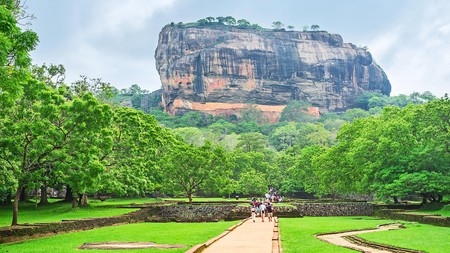 Vietnam is a budget backpacker’s paradise, with some of the cheapest beer in the world (bia hoi), low-priced dorms and private rooms, inexpensive and efficient long-distance transportation, and dining bills that will barely make a dent in your bank account. Rather unusually, the capital, Hanoi, is one of the cheapest Vietnamese cities to explore, though other popular destinations, such as Ho Chi Minh City, Sapa, Hoi An and Hue, won’t cost a fortune either. A basic meal, such as a bowl of pho (noodles), costs around 40,000 Vietnamese dong (approximately £1.24), and freshly baked breads and pastries make for a pocket-friendly breakfast. If you can stretch to 1.4m dong (approximately £43) per day, you’ll be able to do a lot more on your trip and enjoy meals in nice restaurants every so often, but you can have a great time with around 930,000 dong (approximately £29) each day. 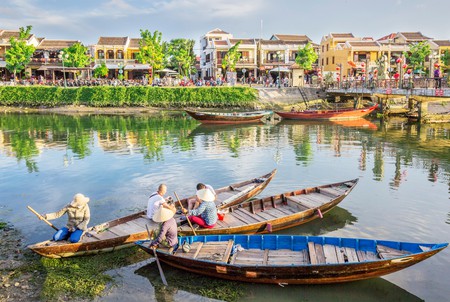 Malaysia is starting to flourish as one of the top holiday spots in Southeast Asia. Beautiful beaches, architectural gems, glorious national parks and modern shopping malls attract different types of travellers and the overall travel costs are still lower than in neighbouring Thailand. Keep in mind, however, that Peninsular Malaysia is generally cheaper and easier to get around than Malaysian Borneo. Top destinations on the peninsula include the capital of Kuala Lumpur, quaint Malacca, the lush Cameron Highlands, the pretty island of Langkawi and the chilled-out Perhentian Islands. A private room in a guesthouse costs from 43 Malaysian ringgit (approximately £7.50) for a night, while the average price of a meal in an inexpensive restaurant is 10 ringgits (approximately £1.70). Enjoy Peninsular Malaysia with a daily budget of 165 ringgits (approximately £29). 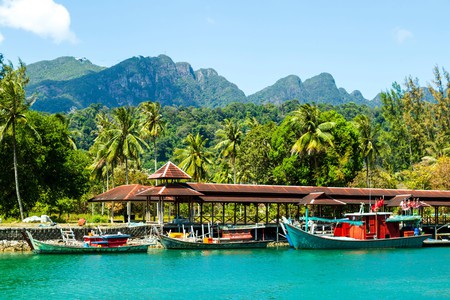 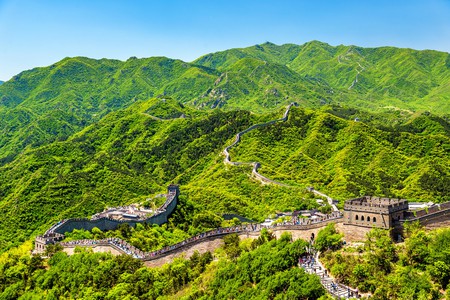 Iran is a budget-friendly destination for people who can explore the colourful nation independently – citizens of some countries, including the USA and the UK, can only visit Iran as part of a group tour. Also remember that Iran is not part of the global banking system and you must take enough cash with you to last the entire trip – obtaining back-up funds is all but impossible. However, highlights include the dazzling Golestan Palace in Tehran, the spectacular “Pink Mosque” of Shiraz, the ancient sites in Persepolis and the Varzaneh Desert. Bus rides are an affordable means of transportation. A meal in a budget restaurant costs around 200,000 Iranian rial (approximately £3.40) and hostels are becoming more common, with dorm beds starting from around 335,000 rial (approximately £5.70) for a night. A daily budget of a little more than 2m rial (approximately £34) is sufficient for budget explorers. 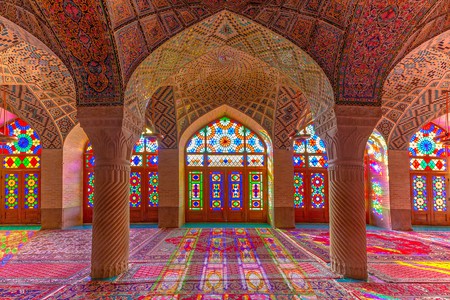 Thailand, the Philippines, Cambodia and Pakistan can be terrific destinations in Asia for budget travellers, too.