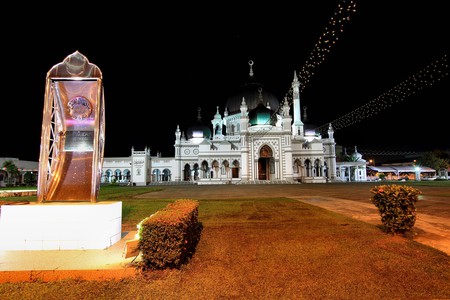 Picture the sun reflecting off paddy fields with palm tree fringed villages in the distance.

Imagine strolling along a street lined with decorated shophouses as the owners practice the same trades as their grandparents. Combine this with some of Malaysia’s best examples of architecture, a 250-year-old fort and hardly any tourists. You now have Kedah’s capital Alor Setar.

Kedah is among Malaysia’s least visited states. Apart from a convenient stopover between Penang and Langkawi, it exhibits an old world charm, stunning architecture and lots of rice. Discover our 10 most compelling reasons to visit Malaysia’s most underrated city.

Compared to other destinations in Malaysia, Alor Setar (pronounced Alor Star) gets few visitors. Kedah’s capital just isn’t on the radar. Stroll through the streets and you might see a handful of local tourists. But you won’t see many foreigners. Shops and businesses still retain the same roles as they have for generations rather than giving way for souvenir shops. And everyone pays the same admission fee (or admission is free) into all of Alor Setar’s museums and attractions. 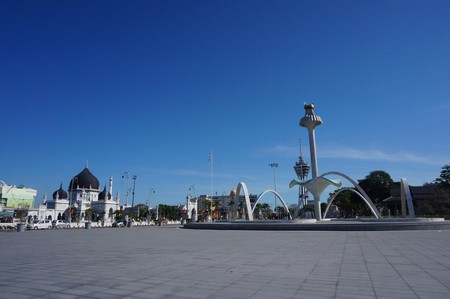 Shophouses with a traditional flair

Alor Setar’s pre-war shophouses come in a variety of shapes and colours. The ones lining the narrow streets in Chinatown each have distinct styles and decorations. Look at the elegant patterns on the upper floors as family businesses operating out of the bottom. While Malaysia does have its fair share of shophouses (think Penang and Malacca), the ones here haven’t sold out to tourism. One of our favourite reasons to visit Alor Setar is to see the original ancestors performing the trades of their grandparents. 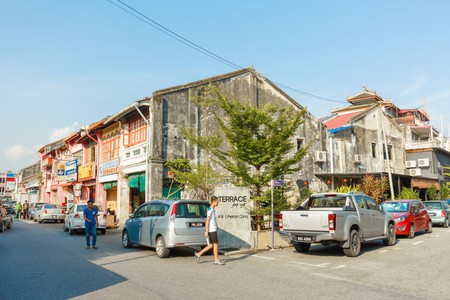 A blend of traditional, Islamic, colonial and modern architecture

If someone asked you about Malaysia’s architecture, you would probably mention KL’s Petronas Towers or Penang’s colonial centre. But few possess the extent of stunning styles found in the heart of Alor Setar. Islamic styles mix with contemporary while historical juxtaposes against the artistic. Our favourites include the modern Alor Setar Tower, the elegant Royal Hall and the Islamic masterpiece of Zahir Mosque. Not to mention the giant paddy basket which houses the Kedah Paddy Museum! 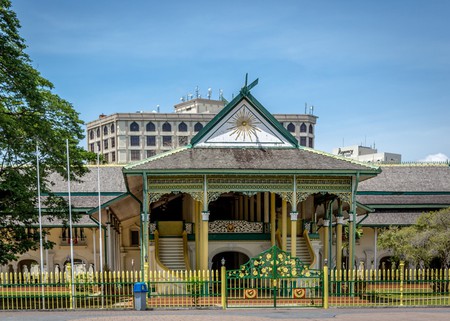 The perfect place for a stopover

If you’re backpacking in Malaysia, Alor Setar is the ideal place to stopover between Langkawi and Penang. Daily ferries connect Langkawi’s Kuah and Kuala Kedah (approximately one-and-a-half hours). A taxi from the port to Kedah’s capital takes less than 20 minutes. We recommend spending at least 24 hours in Alor Setar before catching the train or bus to Penang (first to Butterworth, then take the ferry to George Town). Rather than travelling directly from Langkawi to Penang, why not spend a night or two in Alor Setar instead?

Rice plays a crucial role in rural Malaysia and has done for generations. Kedah is Malaysia’s ‘Rice Bowl’. The state’s relationship with paddy runs deep. Field after field of rice covers the land outside the city centre. Alor Setar not only gives you the chance to learn more about the crop, but it also provides the perfect setting for landscape photographs. Snap pictures of the paddy fields rolling towards the horizon. Or capture the ideal kampong-style houses and palm trees with the paddy fields in the foreground. 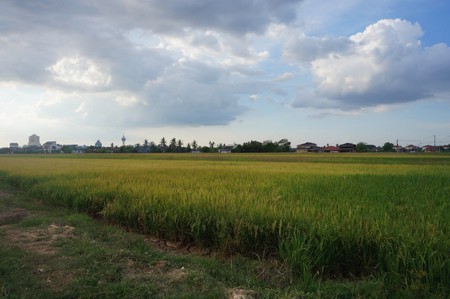 A few kilometres west of Alor Setar’s centre lies the oldest fort in northern Malaysia. The then Sultan commissioned the defence in 1771 to protect against the invading Siamese (today’s Thailand). Fast forward and after waves of destruction and renovation, the British eventually gained control in 1909. Today, Kuala Kedah Fort is a protected monument with a museum and lighthouse. Visitors can explore around the walls, elegant gateways and get views of the river mouth. Admission to both the fort and museum is free.

Another one of our favourite reasons to visit Alor Setar involves its scenery. Everyone likes snapping photographs. And Kedah’s capital provides landscapes, architecture and nature almost next to each other. Check out the centre’s stunning buildings before heading a few kilometres to the endless paddy. Or take a taxi to Gunung Keriang (Elephant Mountain) to explore the limestone cliffs and its many bat-filled caves. 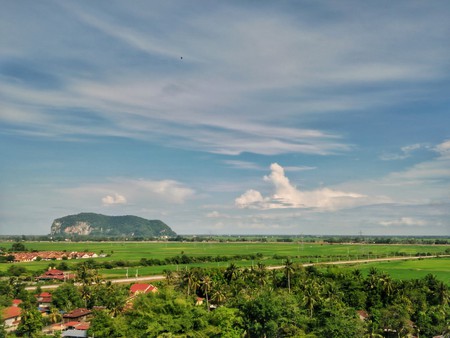 Another of our top reasons to visit Alor Setar relates to the ease of getting around. Unlike sprawling Kuala Lumpur, Kedah’s capital is both small and compact. Visitors can explore the must-visit attractions on foot within a couple of hours. Add in pedestrian-friendly streets and affordable coffee shops, and you get a pleasant city centre. Pro tip: Many of the museums around Dataran Alor Setar are free with powerful air-conditioning.

See what life is like inside a conservative Sultanate

The Sultanate of Kedah has been around for centuries. Unlike other states, Kedah retains strong ties to its Sultan and a more traditional form of Islam. Alor Setar experienced little change over the decades. When combined, this preserves its heritage as a Sultanate where other states became more politicised. We recommend a trip to the Sultan Museum near Zahir Mosque and Royal Hall to learn more about Kedah’s royal family.

Two of Malaysia’s Prime Ministers grew up in Alor Setar. Tunku Abdul Rahman was the first leader of an independent Malaysia (from the British) in 1957. He lived at Rumah Merdeka (Independence House), which is now a museum. Current Prime Minister, Dr Mahathir (who holds the title as the world’s oldest), also lived and grew up in Alor Setar. Check out his childhood home at Mahathir’s at Rumah Kelahiran Mahathir (Mahathir’s Birth House). 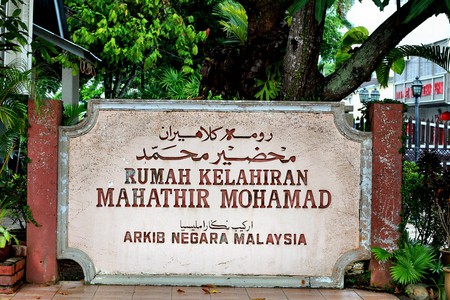