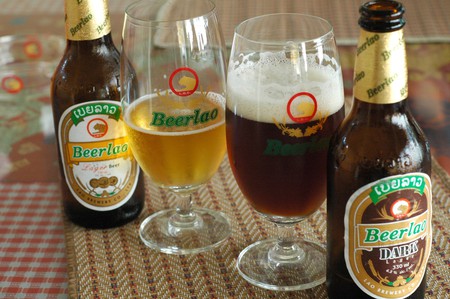 The Lao Brewing Company has been making beverages in the Lao PDR since 1973. Beer Lao is exported to 12 countries and can be found in Australia, Cambodia, China, Vietnam, Thailand, Singapore, France, Japan, Korea, Switzerland, the UK and the US. The crisp, light lager is the drink of choice in the heat of Laos. Typically ordered in rounds of three big bottles and poured over ice into small glasses, Beer Lao can be found in corner shops, night market stalls, restaurants and everywhere in between. 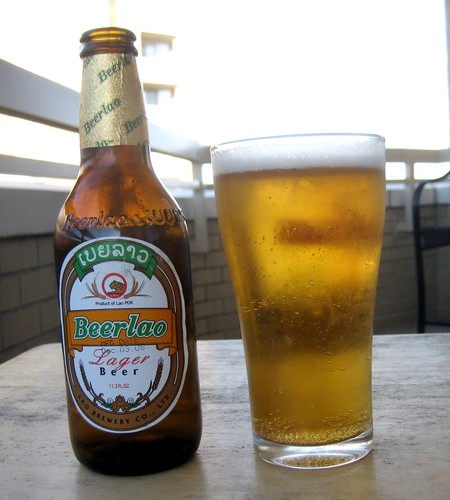 The LBC produces large bottles of Beer Lao, and 330ml bottles of Beer Lao, Beer Lao Gold, and Beer Lao Dark. Other beer brands distributed include 1664, Somersby Cider, Carlsberg (which owns half the shares of the company), Tuborg, and Lang Xang pilsner. Since 1997, LBC has bottled and distributed Tigerhead drinking water in plastic bottles, while Tigerhead soda water in glass bottles has been given out since 2010. Both refreshments can be found in hotels and restaurants throughout Laos. If you attend a Lao wedding or event, don’t be surprised to see pink, green or orange Mirinda soda on the table. Originally from Spain, the soft drink is now owned by PepsiCo and distributed by LBC in Laos. 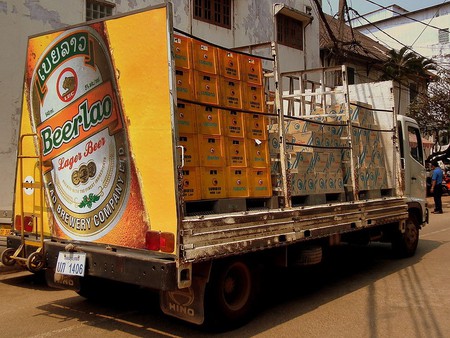 The Lao government owns the means of production for Beer Lao, and has a partnership with Pepsi to produce cola near their Vientiane brewery. That’s why you’ll see much more Pepsi than Coke, which is imported. If a menu offers both, the Coke will often be more expensive. The LBC also has a production facility in Champasak Province. Beer Lao Lager and Beer Lao Dark have each won gold medals at beer competitions in Belgium and Japan respectively. LBC is also dedicated to reducing its carbon footprint and has taken steps to reduce carbon dioxide emissions and save electricity. 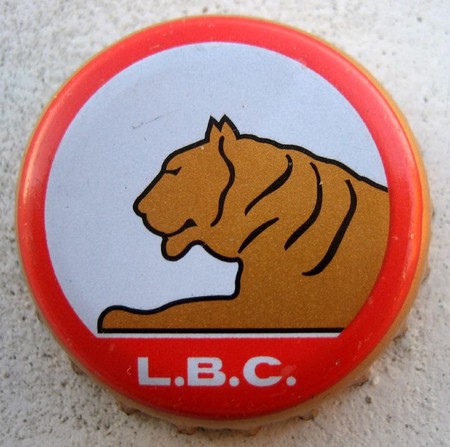 The Lao Brewing Company’s tiger logo encircled in red and yellow crates is synonymous with a party in Laos. Beer Lao has sponsored events such as Pi Mai Water Festival in Vientiane, Savannakhet and Laos. They host an international new year’s party in Vientiane and have put their name against three seasons of the Band Challenge reality show. Throughout the country, guesthouses, restaurants, and shops have Beer Lao sponsored signs, napkin holders, coasters, umbrellas and tablecloths. It’s not uncommon to see yellow Beer Lao crates filled with cement and repurposed as umbrella stands. 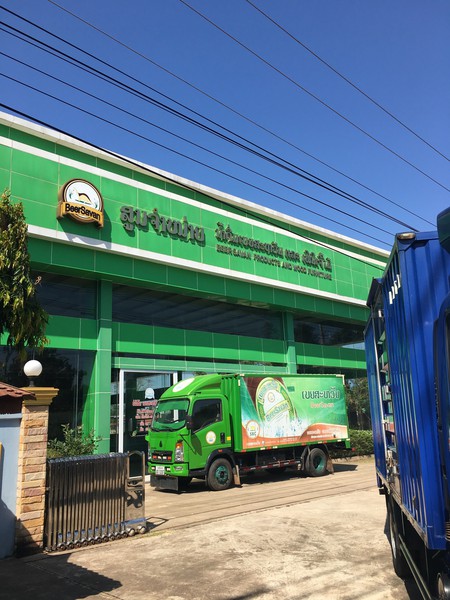 While it will come as no surprise that the Lao Brewing Company claims a 98% share in the Lao beer market, there are a few other options including Heineken and Beer Savan available for customers. In 2017, Lao Asia Pacific Breweries Ltd (which opened in 2008) changed its name to Heineken Lao Brewery Co., Ltd. In addition to Heineken, they produce Namkhong and Tiger Beer. Savan Brewing Company is a family-run brewery located in Savannakhet Province and has a distribution center on 9W northeast of town that produces an American-style lager.