The Ultimate Backpacking Guide to Laos 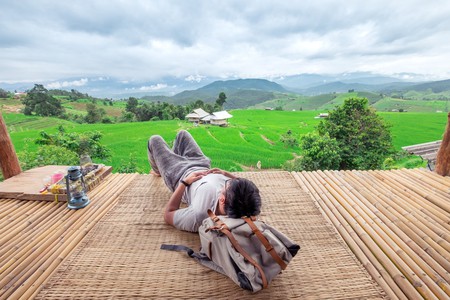 Backpacking Southeast Asia is a journey undertaken by thousands each year. Don’t skip Laos just because its more difficult to navigate and less developed than its neighbors. Backpacking through Laos means witnessing some of the most beautiful vistas in the region and having the feeling of being in a place very foreign yet very friendly. Follow this backpacker’s guide to maximize your experience in the Lao PDR.

The Laos backpacker scene is small and diverse. You’ll find retirees touring by bicycle, young guys on Honda Wins from Vietnam and stoners looking to veg out on Happy Shakes. With a rich cultural heritage and a lot of heartache as the world’s most bombed country per capita, Laos can feel like a blast from the past with few global chains, no fast food and lots of unpaved roads.

Laos has been open to backpackers since the late 1990s but the development of tourism infrastructure has been slow, meaning getting around the country can be an adventure or a royal pain in the neck depending on how you look at it. The incredibly welcoming people, fantastic landscapes, and lack of crowds make Laos the final frontier of the Southeast Asia backpacking circuit. 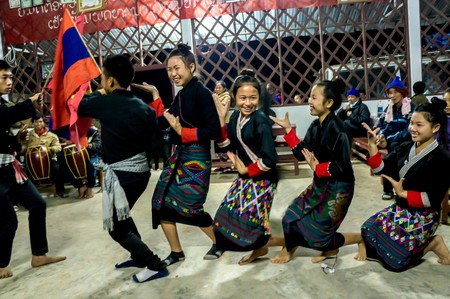 The best-laid plans often go astray, and there is nowhere that is more true than in Laos. Come to Laos with a rough idea of what you want to see and do but resist the urge to stick to you plan too closely. Consider waiting until you’re in the country to book any tours or accommodations, they’re easy to find for the same day or the next day once you arrive. They will also be much cheaper if you negotiate in person rather than booking online. Don’t rush through a place because you need to see it all.

See the north and the south

The standard backpacker route through Laos includes Luang Prabang, Vang Vieng and Vientiane. These towns are beautiful and offer excellent Western-style accommodations and restaurants, and are absolutely worth seeing. But so are some of the equally charming but less visited southern towns of Thakek, Pakse and Champasak. See the caves, waterfalls, and islands in the south and really absorb how the terrain changes. Daily flights and overnight buses make traveling within Laos possible, if not entirely easy.

Laos is one of the Least Developed Countries in the world. While you might not feel like you’re made of money, the mere fact you made it to Laos proves you have means. Donate to temples, spend some time reading or playing games with local children and consider swapping inexpensive accommodations in exchange for a bit of work. It’s impossible to spend an entire holiday in Laos and not see how 80% of the population live. Get out into the provinces. Big Brother Mouse in Vientiane and Luang Prabang offer programs to read to and practice English with the local youth. 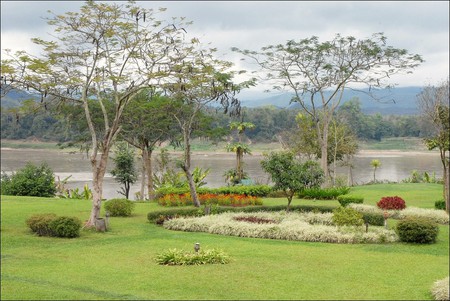 Laos is an incredibly safe and honest country. Lao people rarely if ever commit violent crimes against foreigners. In terms of petty theft, you’re much more likely to be robbed by a fellow traveler than a local. Lao merchants are honest and will help you count your change and won’t up-charge you too much.

Lao drivers, on the other hand, are prone to drunk driving and driving without a proper license or training, so do take care on the road and as a pedestrian. Outside the main cities, the largest threat is Unexploded Ordinance (UXO), so if you’re in the countryside, stick to well-worn paths or hire a guide. Only 0.6% of the bombs left from US involvement in the Lao civil war and Vietnam War have been removed.

Solo women travelers should be mindful of how they dress. While Laos is very welcoming overall, it is also very conservative so covering shoulders, knees, and the chest at all times will greatly minimize any harassment. Police in Laos aren’t always honest, helpful or English speaking so do seriously consider whether or not you want them involved if there is an issue.

Lao people are very appearance-conscious and tend to judge others, especially foreigners, by how they dress. Lao people dress conservatively, and if you want to be respected, you should too. This means no short shorts, tank tops, showing of cleavage or beards. Lao people are suspicious of bearded men and tend to think they are dirty and criminally minded. It’s hot, yes, but cover up, carry an umbrella for shade and don’t wander around town in your bathing suit. 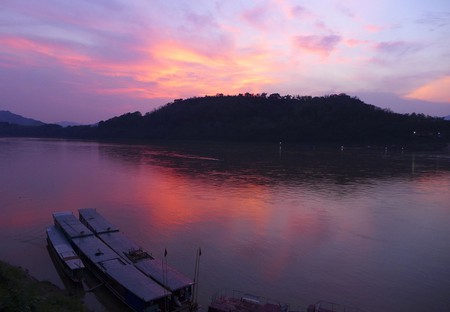 Crickets on a stick? Papaya salad hot enough to melt your face off? Minced meat salad? Laos is an adventurous eater’s playground. You might not like everything you try, and everything you try might not like you, but embrace the communal eating culture and try a bit of everything. Night markets and morning markets are great places to sample local cuisine on the cheap, as are local eateries with yellow Beer Lao signage and an utter lack of English on the menu. Be bold in your food choices, but don’t forget to pack the Pepto-Bismol.

The high season in Laos is the dry and cool winter months from November to February. Prices are higher, tours book up fast, and the most popular destinations are crowded. Consider coming to Laos during the off-season instead. The wet summer months from July to October really aren’t that bad. It doesn’t rain every single day and when it does, it’s usually for a few hours in the afternoon. You’ll find less expensive transportation and accommodations, and you’ll really be able to get into the slow pace of Lao life during this time.

A hostel bed costs $5-$10 USD depending on the city and the season. Basic guesthouses with a private double bed and private bath cost around $6 USD, and while they’re not fancy they’re budget-friendly and available in every town. If you’re looking to splurge, there are fancy Airbnbs, upscale hotels as well as resorts to be had for $20-$200 – but Lao service admittedly often leaves something to be desired no matter how much you pay for a room. 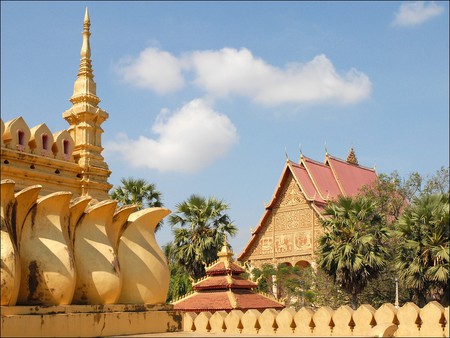 Lao people can appear shy, simple and lazy at first glance. When you take the time to get to know them though, you’ll find the locals to be kind, generous, hilarious and earnest in their desire to better their country and introduce their culture to you. Sharing a Beer Lao or meals with Lao people is a great way to exchange cultures, learn some key phrases and see what life is like for them.

There are fewer backpackers in Laos than in neighboring Thailand and Vietnam. If you’re looking for travel mates, Vang Vieng, Si Phan Don, and the motorbike loops leaving from Thakek and Pakse are your best bets. Drop by the local watering holes and hostels.

Check out a tour if you’re at a loss for how to meet up with other Falang. ‘Bo pen nyang’ is a common phrase akin to the English ‘come what may’. Take what opportunities come to you and go off the beaten track. Lao can be frustrating for backpackers who come in with a lot of expectations, but it will teach you patience and spontaneity if you let it. 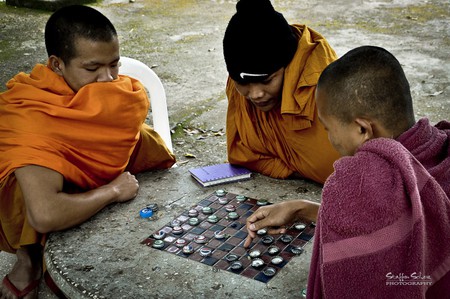 Laos is not as cheap to travel through as Thailand or Vietnam, but by staying in hostels, and eating local food, you should be able to see and do a lot on $20-$30 per day. The local currency is the Lao Kip (8,100 to $1). However, Thai Baht and USD are also widely accepted. Buying tickets at the airport or bus station is cheaper than booking online or through a guesthouse. In terms of packing a lot of stuff, don’t. There are laundry services everywhere and plenty of toiletries and consumer goods available in every major town. 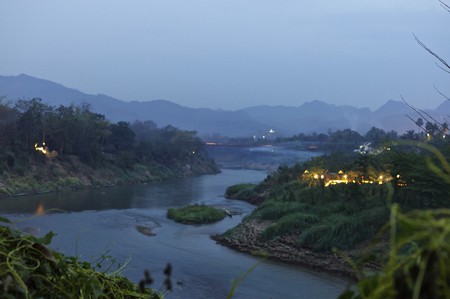 Vientiane: Spend a day or two in the capital. Get to the top of Patusai, hit up the night market and check out the COPE Center.

Vang Vieng: Explore the caves, blue lagoons, tube down the river or go zip lining by day, and then party the night away in this backpacker haven three hours north of Vientiane.

Luang Prabang: The most beautiful temples and some of the best French and local food in Laos can be found in this UNESCO world heritage site and is a must-stop for anyone visiting.

Xieng Kuang: Head to Phonsavan to see the mysterious Plain of Jars, sit in the hot springs, and learn about the efforts to clear the bombs in this picturesque northeastern province.

Pakse: Hop on a coffee tour and swim in the waterfalls of the Bolevan Plateau. Ride jeeps, go camping and meet some of the ethnic minorities of southern Laos. 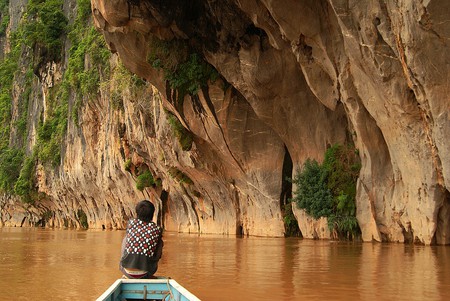 Swim in the Secret Pool at Kuang Si: Just outside of Luang Prabang, Kuang Si is Laos’ most famous (and crowded) waterfall. Hike up to the secret pool halfway up and view the crowds from above.

Motorbike three days around the Thakhek Loop: Rent a motorbike and spend three days taking in the breathtaking Karst landscape in central Laos and stop at the 7.5-km, water-filled Kong Lor Cave.

Chill in a hammock in Si Phan Don: No backpacker’s trip to Laos is complete without some major chill out time on 4000 islands. Choose a village homestay or a Mekong riverside bungalow and decompress. 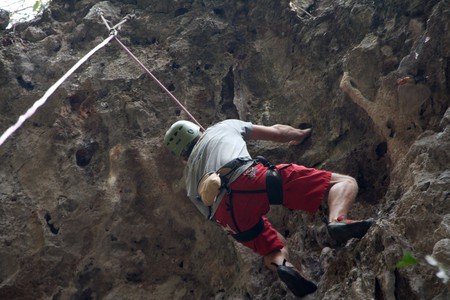 So many travelers come home saying Laos was one of the favorite countries they’ve visited. It’s often hard for them to describe exactly why. Laos exudes a feeling unlike anywhere else in Southeast Asia – and certainly unlike anywhere else in the world. Laos is a special place. It’s a place you’ll feel nostalgic for and a place you’ll long to return to. Don’t miss it. 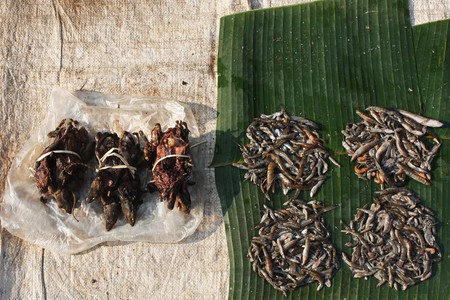 Surf and Turf | © istolethetv/Flickr
Give us feedback