Meet the Chef Putting a Lao Twist on Neapolitan Pizza 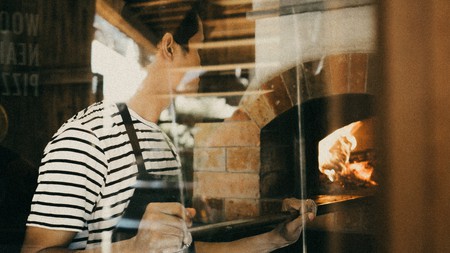 Pizza and Laos aren’t the most obvious pairing. Yet one man – armed with nothing but YouTube tutorials and childhood memories – is daring locals to try something new.

The brick oven roars relentlessly, making the kitchen so hot it feels like a jungle. The chef, who is used to the stifling tropical heat of his country, coolly manoeuvres to the countertop, barely breaking a sweat as he fires up his creations. Customers hungrily peer over in his direction and a serene smile breaks across his face. This is Mr Khounepaseuth (also known as Bobby, or ‘B’ for short), and he is one of the few local pizza artisans in the whole of Laos. 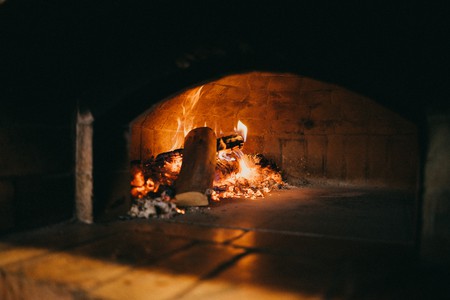 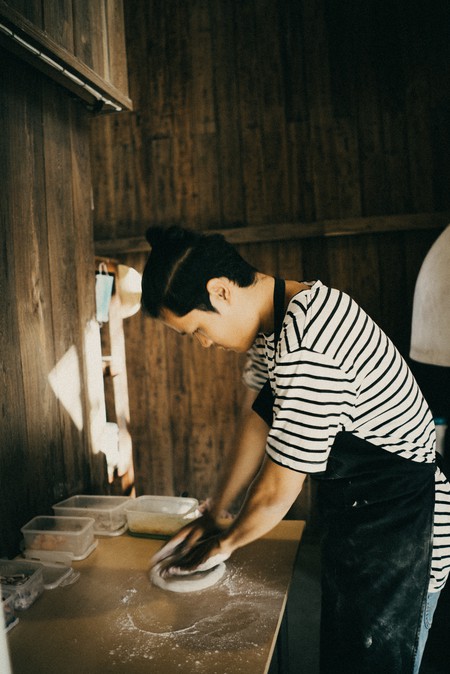 Bobby was born and raised in quiet Savannakhet, a southern Lao city on the border with Thailand. In 2016, at the age of 25, he opened Long Coffee House out of his own home: a small spot, tucked away from the downtown in a remote neighborhood. Back then, he almost exclusively sold specialty coffee.

One day, a Korean family visited searching for a bite to eat – but at the time, his café didn’t serve any food. Bobby had wanted to avoid the aromas of Lao dishes (such as the notoriously stinky fermented fish sauce padaek) mixing with coffee in such a small space. This visit, however, spurred his decision to add food to the menu – yet he needed something that was as universal as coffee (and that wouldn’t overpower the smell of it), which eventually led him to pizza. 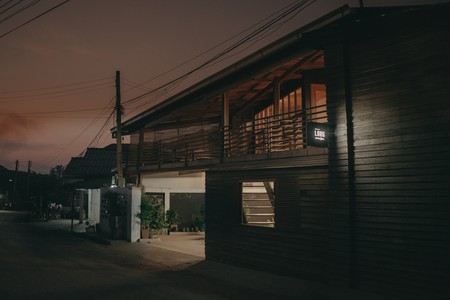 During Bobby’s youth, pizza was rare if not non-existent in Savannakhet – and not much has changed. In recent years, European bakers have set up shop in major cities like Vientiane and Luang Prabang, making traditional Italian pizza more accessible to cosmopolitan areas. However, since Savannakhet is less of a tourist destination, most locals’ exposure to a slice of pie is simply what they see on TV, which has given them a limited understanding of its possibilities. 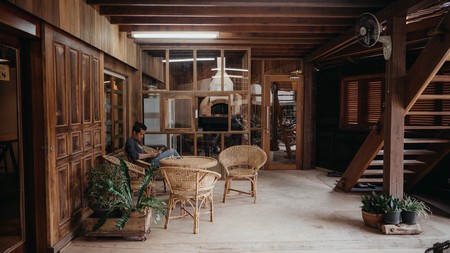 When Bobby was a teenager, he had his first bite of pizza over the border in Thailand at a chain called The Pizza Company. He described it as flavourless and more of a snack than a full meal. It wasn’t until he stumbled across an authentic Italian restaurant in Bangkok, Peppina, that his relationship with pizza changed completely. Through the window in passing, he caught sight of the chef’s brick oven – a new and wondrous contraption very different from the electric ovens he was used to. That first taste of a stone-baked margherita was like nothing he had ever tried before.

What started as fascination set Bobby off on an exciting culinary journey. He began searching for a mentor online, eventually connecting with Davide Uggetti, a Roman chef living in Thailand who offered him a workshop on homemade Roman pizza. Bobby hopped across the border for two days under his tutelage, returning to Savannakhet with an order for his very own brick oven on the way. 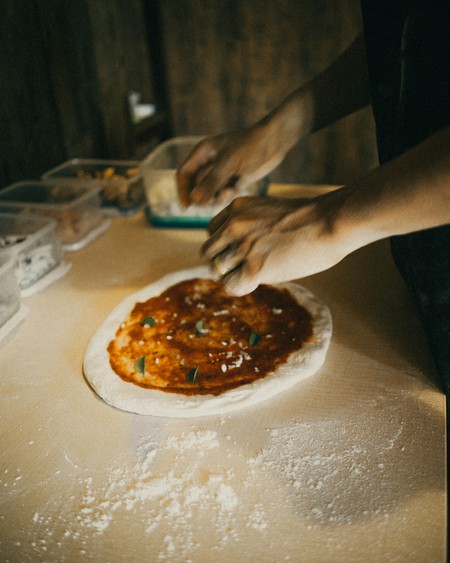 For half a year, Bobby tirelessly practised to make pizza through tutorials on YouTube. He wasn’t used to the hot and fast baking method of the Neapolitan style, often burning massive holes on the bottom. He also had trouble maintaining his focus, dropping pizza on the ground while his attention was divided between handling dough and watching videos.

Eventually, after much trial and tribulation, Bobby was ready to introduce Neapolitan pizza to Savannakhet. The reception has so far been positive, but he explains opening locals’ minds to new flavours is an ongoing process. One of his biggest challenges is keeping his pizza authentic to Italian baking tradition while making it appealing to Lao tastebuds.

The Long Coffee House pizza menu experiments with Lao flavours such as kaffir lime, spicy pepper and Lao sausage. Bobby also serves sauces outside instead of on the dough, allowing people to add ketchup, mayonnaise, spicy olive oil and hot sauce at their own leisure. These clever elements seem to be paying off, as the majority of his regular customers are now local. 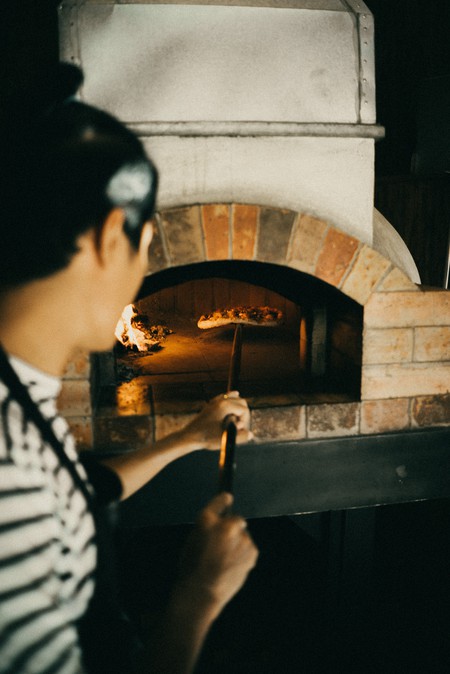 When it comes to the future, Bobby has his sights set on something ambitious: a pizza made entirely from high-quality Lao ingredients but baked and presented to respect the traditional Neapolitan pie. Logistically, this endeavour is no easy feat. As it stands, most of his vegetables and meats are local, but Bobby must source his flour from Italy and cheese from Thailand as they’re the most difficult components to replicate. He is in contact with a buffalo dairy farm in Luang Prabang, but shipping cheese halfway across the country is currently unrealistic. As for the flour, Bobby is optimistic that the rice-based flour available in Laos will serve as a fine substitute. 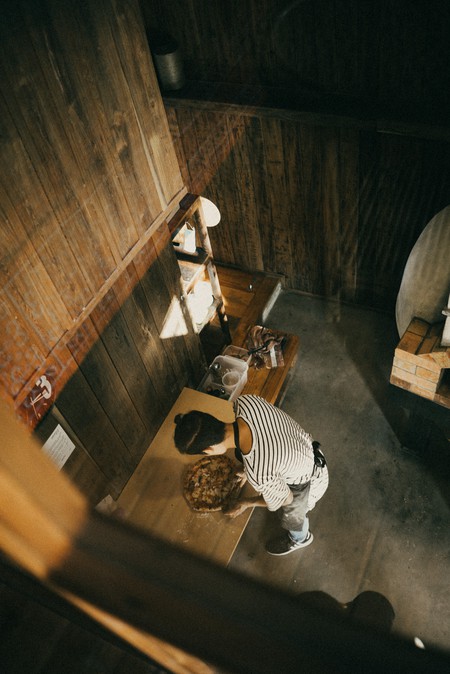 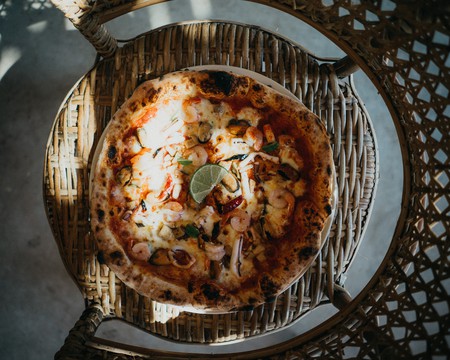 “‘Long’ in Lao means to try,” Bobby explains, pointing to the sign outside his shop. “Many young Lao people, when they see a problem they say ‘I cannot do [it].’ They don’t want to try something new. How can the country become global when they think like that? So I do this thing [to show them they can].” A large group of customers come inside, remarking on how good it smells. It may be the pizza, it may be the coffee – but it in this quiet corner of Laos, it is definitely something new.