Temple in Luang Prabang | © Guilhem de Coomen/Flickr
Luang Prabang, Laos was the former Royal Capital city and was designated an UNESCO world heritage site in 1995. It’s mountainous surroundings and location at the junction of the Nam Khan and Mekong rivers make for a picturesque setting. The historic town contains French colonial architecture and more than 30 Buddhist temples, or wats, that welcome visitors and are home to monks and novices.

Wat Mahathat, or Temple of the Great Stupa, is ornate and very beautiful. It was originally constructed in 1548 and was restored in the early 1900s after being damaged by severe weather. 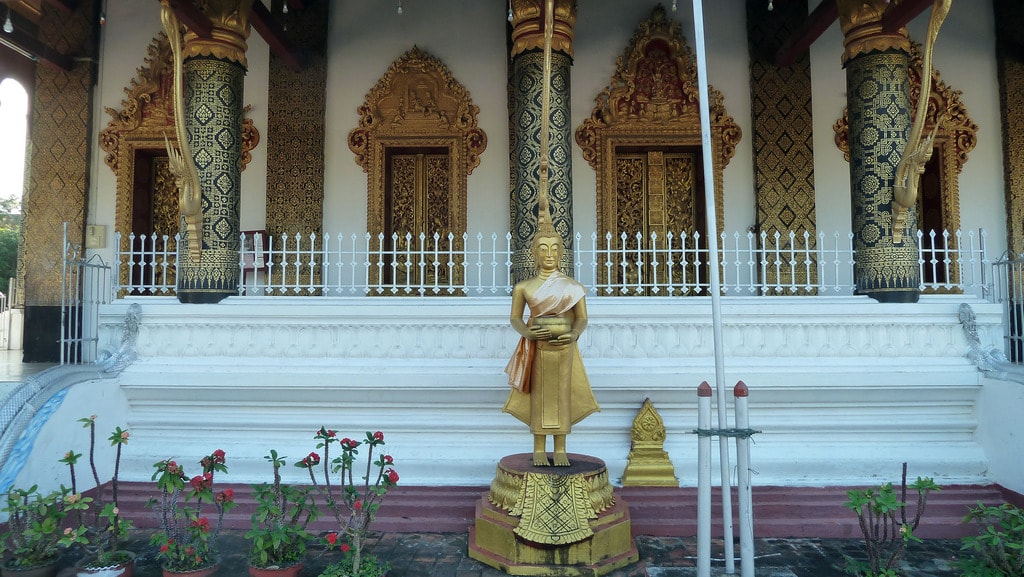 That Chomsi is located at the top of Mount Phousi overlooking the Mekong. It’s a popular spot to hike in the late afternoon. Visitors are greeted at the summit with excellent views of the sun setting over the river. 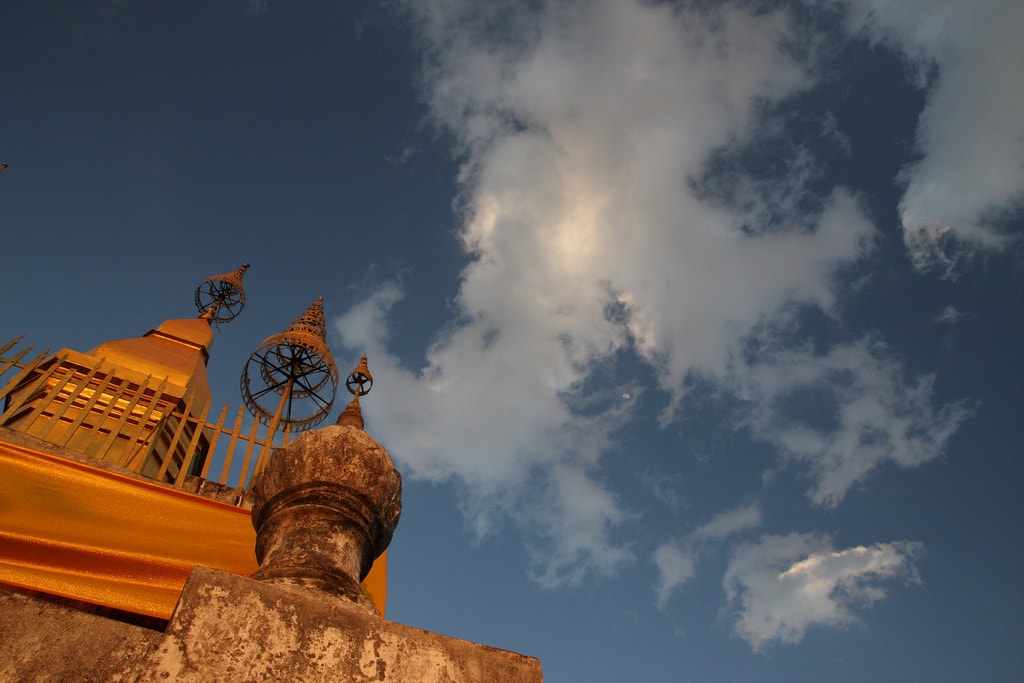 Forest, Monastery
Le Vat Pa Phay | © Jean-Pierre Dalbéra/Flickr
Wat Pa Phai has a gold and red wooden fresco that depicts life in Laos in the 1800s. It was originally a forest monastery but the town of Luang Prabang has grown around it placing it well within the city limits.
More Info
Open In Google Maps
18/02 Khem Khong, Luang Prabang, Luang Prabang Province, Laos
View menu
Visit website
Visit Facebook page
Send an Email
Give us feedback

That Makmo’s nickname means Watermelon Stupa. The temple’s formal name is That Pathum, meaning Stupa of the Great Lotus. This short and stout stupa dates back to the early 1500s and its architecture is unique in all of Laos. 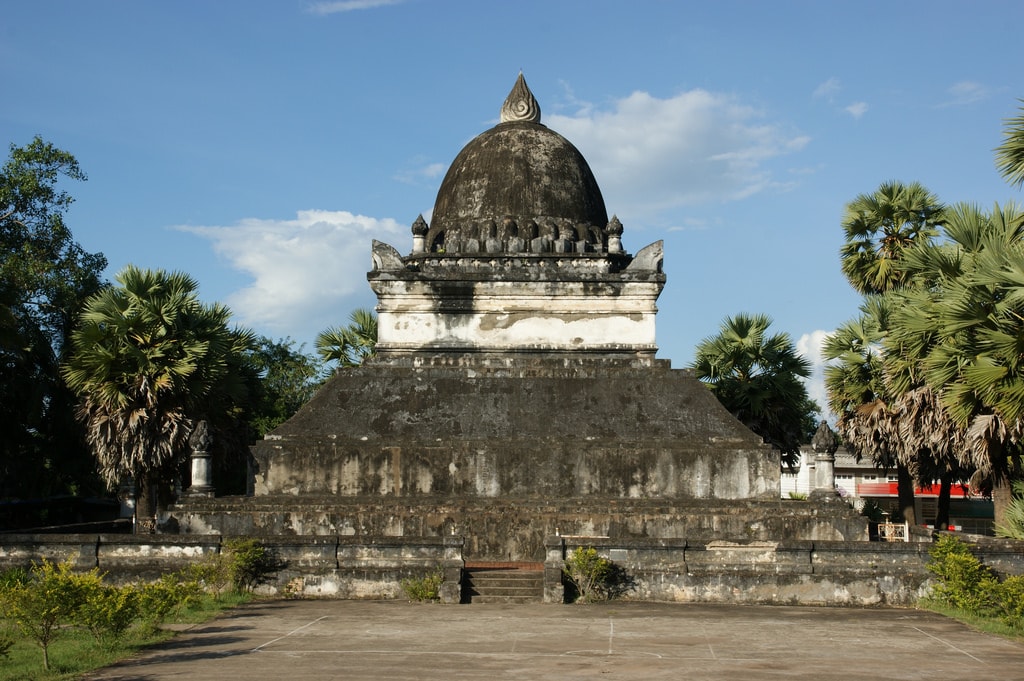