Outhine Bounyavong, one of Laos’ best known writers, is a key post-revolutionary writer whose stories provide a commentary on the changing values of Laotian society. 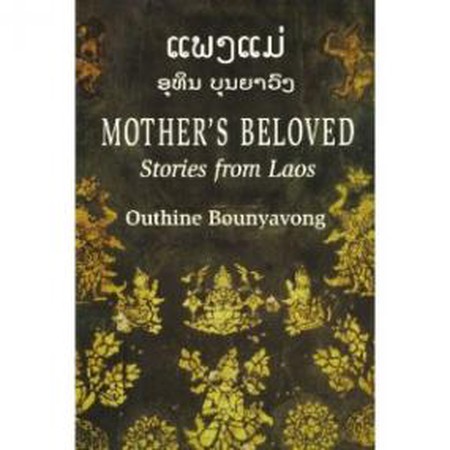 Outhine Bounyavong is one of Laos’ best known writers, his works having been translated into various languages including English. As one of the key post-revolutionary writers who have come to define Laos’ contemporary literary landscape, Outhine’s novels provide a commentary on the changing values of Laotian society.

Outhine Bounyavong’s works deal with themes common to Laotian authors of his generation, such as the malignant effects of colonisation and the difficulty in upholding traditional Laotian values. Born in 1942 in Sayabouri, a province in northwestern Laos, Outhineobserved the effects of French colonisation from childhood, his schooling was conducted in French and literature classes were focused solely on works of French origin.

Outhine published his first book, a collection of short stories, in the mid-1960s. At this time the publication of Laotian fiction was uncommon, the lack of a publishing industry forcing authors to finance and distribute their books themselves. Outhine would end up walking the streets of Vientiane, convincing cafes and hotel lobbies to stock his books in order to find an audience.

In the 1960s and early 1970s, Laos underwent a period of immense change, with a new American presence that pervaded many aspects of everyday life. In Vientiane, the American military became a constant and conspicuous presence, as well as drugs, prostitution and other hallmarks of western influence at the time. Corruption also became a significant problem, leading to the creation of a small group of wealthy elite largely at odds with the poverty-stricken majority. Outhine’s observations of this changing society, and the erosion of traditional Laotian values, greatly influenced his future works.

This influence can be seen in Mother’s Beloved, Outhine’s second collection of short stories, which has been credited with being the first collection of Laotian short stories to be published in the English language. First published in English in 1999, it is a collection of simple, moralistic tales that seeks to uphold traditional Laotian culture and values in the face of a rapidly changing society, the title itself evoking a yearning for the past.

Outhine is critical of the industrialisation and modernisation of Laos at the cost of traditional values, which he portrays in a myriad of ways through his stories. ‘Frangipani’ criticises economic development that comes at the cost of environmental degradation. ‘Wrapped-Ash Delight’ celebrates folk wisdom and the importance of community over selfishness and materialism.

As with many countries that have been subjected to colonisation, Laotian literature has suffered greatly under French rule; thus for Outhine to have succeeded in publishing his stories in the Lao language has been a significant step towards the country’s reclamation of its literary identity. Through the vignettes of everyday life in his collection of short stories, Outhine subtly paints a portrait of the changing values in a post-revolutionary Laos.