How To Spend 48 Hours in Si Phan Don, Laos 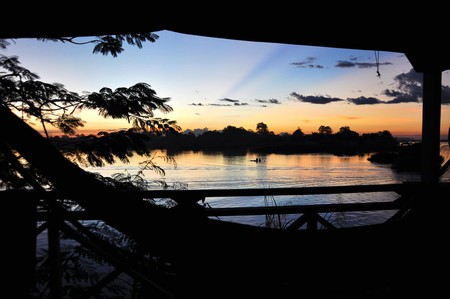 Si Phan Don literally means “4,000 Islands” in the Lao language. Located on the border with Cambodia, these islands are a welcome surprise in a landlocked country. Some of them are no bigger than a boulder, others offer a paradise getaway in the Mekong River. Read how to spend two days relaxing and sightseeing at the southernmost point of Champasak Province.

Before you ever step foot on an island, go to the Khone Phapheng falls viewing area on the mainland. Feel the power of the largest waterfall by volume in southeast Asia rushing over the rapids. Several restaurants, walking paths and a manicured garden make Khone Phapheng a perfect introduction to The 4000 Islands and a great way to spend a morning. Head back to Nakasang Village to take the ferry to Don Som, Don Khong or Don Det. Go to the ATM in town if you need cash. While Don Khong does have two ATMs, the other inhabited islands don’t, and like the rest of Laos, plastic is not widely accepted. 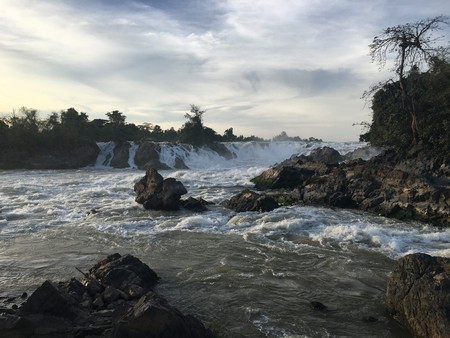 If you’re on a motorbike, head over the bridge to Don Khong and check out the views and take in village life. Cycling around the island visiting temples and taking in the view of rice paddies and the Mekong is a great way to spend the early afternoon. This is the calm before the storm. When you’ve had your fill of the sleepy pastoral island, catch a ferry, which will take motorbikes and bicycles, but not cars, to Don Det. 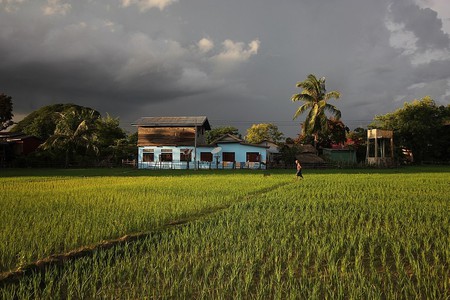 Welcome to Island Life! Find yourself a riverside bungalow (plentiful and some of the least expensive accommodations in Laos) and spend some time lounging in a hammock. Walk around town and rent a bicycle or hire a tuk tuk to take you to the French-built bridge between Don Det and Don Khon (not to be confused with Don Khong) for a splendid sunset display over the river. 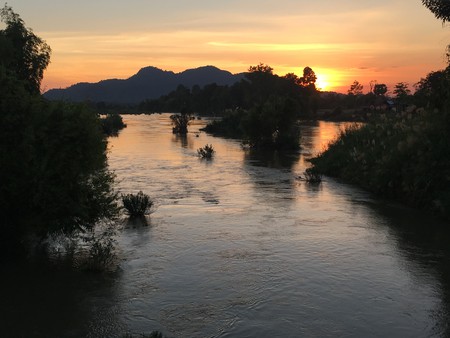 Spend the night bar hopping, at least until the island shuts down around 11 p.m. Alternatively, find a good chill spot, sip a happy shake and take in the good vibes. While technically illegal in Laos, marijuana and other drugs are openly sold and consumed on Don Det. While their use is somewhat tolerated by the locals, do exercise discretion if you choose to partake.

Lao people are up with the sun, and you’ll witness a spectacular sunrise on the east or “shady” side of the island if you can get up by 6 a.m. Grab breakfast at Kea’s and let someone else deal with the logistics and book a tour for the “small waterfall” (Liphi), kayaking and also dolphin watching. If you’re opposed to group tours, it is definitely possible to organize these activities on your own. The nearby Mr. Mo’s rents kayaks that you can take out to explore the areas between Don Det, Don Som and the mainland. Beware of the current and protect yourself from the sun. 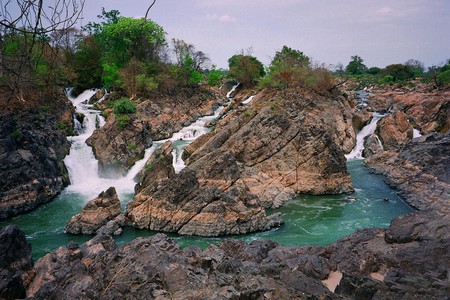 You can rent a bicycle for 10,000 kip (around $1.25 USD) and cycle to Liphi Falls on the northwest side of Don Khon. Pay the 35,000 kip entrance fee, which will grant you access to the restaurant, viewing areas and bar near the beach where you can hang out in a hammock or swim (cautiously) at the base of the falls. Cycle, taking a tuk tuk or motorbike to the beach at the southwestern coast of Don Khon, and you’ll be greeted by boat drivers eager to take you out for an hour of dolphin sightseeing. There are very few Irawaddy dolphins left in the Mekong, so don’t be surprised if most of your time is spent searching in vein. My captain told me after 40 minutes passed, “Don’t worry, everybody sees at least one.” Sure enough, we spent the last quarter hour giddily watching and hearing the dome-headed dolphins breach and play. 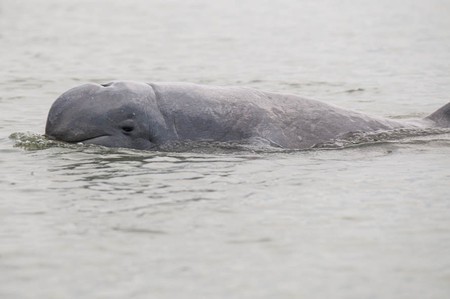 The transportation options from Si Phan Don north to Pakse or south into Cambodia leave in the morning, so plan on staying at least one more night and jumping on the first ferry to the mainland. Guesthouses sell combination ferry/bus tickets. Immigration at the Cambodian border is easy, so don’t be swindled by a fixer trying to make a buck by “helping” with the paperwork. The border crossing is in the middle of nowhere, so make travel arrangements all the way to your final destination.