A Guide To Laos' Unexploded Bombs and Where to Avoid Them 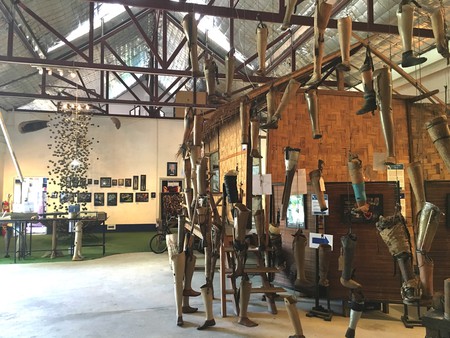 Cluster bombs are anti-armored weapons. Inside their casings are hundreds of “bomblets” or “bombies” that are dropped from airplanes, often missing their targets below. Up to 30% of bombies don’t explode on contact. These unexploded ordnances (UXOs) can lay dormant for decades, waiting to injure innocent civilians. In total, more than 500,000 loads of bombs with over 200 million tons of munitions have been dropped on Laos, making it the most heavily bombed country in the world.

The Ho Chi Minh trail is the most heavily bombed area of Laos, running from North Vietnam through eastern Laos and Cambodia, into South Vietnam. The Viet Cong used the network to supply communist insurgents fighting the Americans in South Vietnam. At the peak of the secret American bombing campaign in Laos during the Laotian Civil War, up to 900 plane loads of bombs were dropped on Laos per day, in addition to defoliants and herbicide.

Of the bombs dropped on Laos between 1964 and 1973, 80 million bombs never exploded, meaning great swaths of land in Laos are still dangerous for farmers, children and people wanting to develop and build on the land. UXO Laos, an organization supported by the United Nations, clears 65,000 unexploded items from Laos annually. On average, one person dies every day from UXO-related injuries. UXO Laos helps survey and clear the land, while promoting community awareness about how to stay safe and report the presence of bombs for cleanup.

Poverty levels in Laos are high, and the nominal income that can be gained from selling the scrap metal from bomb casings outweighs the risk of life and limbs for some villagers. Although it’s technically illegal to sell these materials, there is a relatively large market for the high-quality steel and copper found in UXOs. Throughout Laos, it’s not uncommon to see bomb scraps being used as fence posts, flower pots, for barbecues and as candlesticks. Rural families and children use metal detectors to find UXOs and to sell their materials, making up a large portion of UXO-related deaths and injuries. 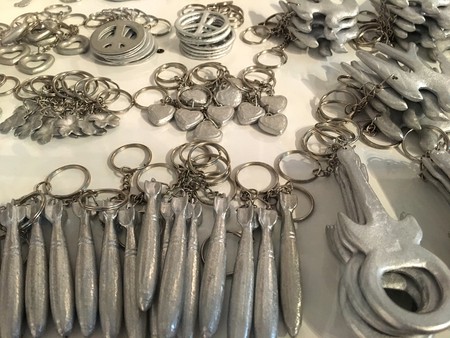 As of 2012, over 15,000 civilian UXO-injury survivors were living in Laos. Half of the victims are children, who are drawn to the tennis-ball sized bombies and are often involved in the scrap metal trade. More than 80% of victims are male. Many victims loose hands, legs or both and thus, the ability to work. UXO injuries are a source of poverty for families of victims. Many rural villages lack clinics and doctors, so people often make their own improvised prosthetics or do without them and become dependent on family to care for them.

In 1994, teams began clearing UXOs in Xiengkhouang Province, one of the most heavily bombed areas in Laos, along with Salavan and Savannakhet Provinces. Large areas in the south and east of Laos are still covered with millions of ordnances. If you travel to these areas, especially to trek or do outdoor activities, stay on marked paths. Never touch, kick or pick up any object that could be a UXO, regardless of how benign or old it looks. Hire a guide who knows the area well, and refrain from digging in the ground or exploring unknown or unmarked areas. 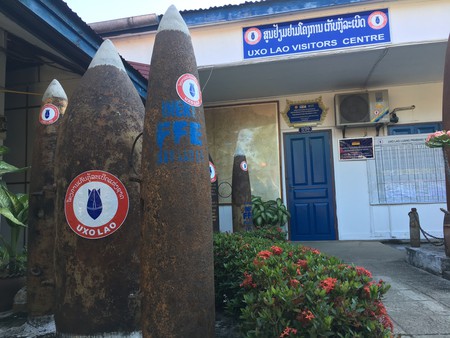 COPE Visitor Centre in Vientiane has a free exhibition hall telling the history of UXOs in Laos and how COPE is helping injured people find mobility to move on with their lives. They show documentaries about the war, revolution and bomb removal in the center. COPE also has a cafe and gift shop; they take donations to continue doing their work. The UXO Lao Visitor Centre in Luang Prabang opened in 2009. They have a small, yet informative display of ordnances, cleanup tools and stories about families affected by UXOs. The Mines Advisory Group in Laos also has a visitor center in Phonsavan. For more information about the history of UXOs in Laos and how they affect citizens, check out movies like The Rocket and books such as Shooting at the Moon. 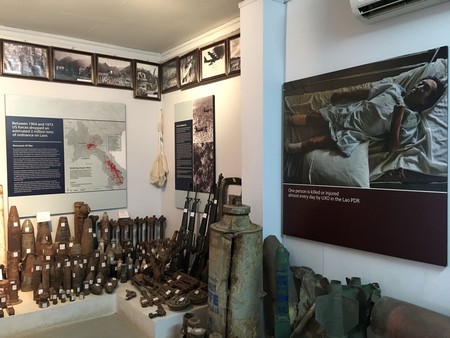