11 Things You Should Never Do in Laos 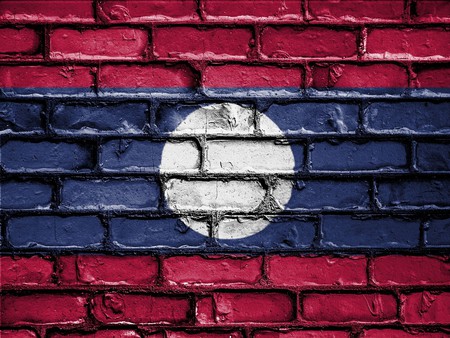 Generally speaking, Lao culture is easy going and very accepting. People have little problem with LGBTQ individuals or public intoxication, taking a ‘live and let live’ attitude. However, there are some things that you should never do in Laos for your own safety, the preservation of the country and, ultimately, to respect the local people.

Touching a monk or novice is considered rude, and is totally taboo if you are a woman. Women should also be careful not to accidentally brush up against a monk’s robes on the street, in a temple or sharing a tuk-tuk. Women should not hand anything directly to a monk, but instead should pass the item to a male intermediary. The only exception to this rule is giving morning alms to monks by placing the offering of food or money into the monk’s alms bowl. 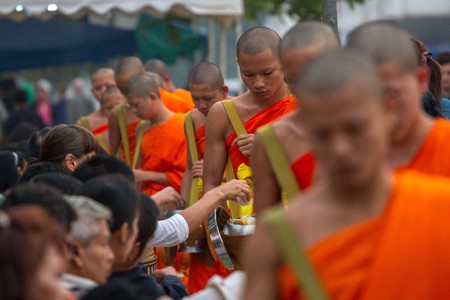 Don’t trek without a guide

While Laos is a comparatively safe country in terms of violent crime and theft compared to its neighbours, it’s not without its own brand of danger. 260 million cluster bombs were dumped on Laos from 1964 to 1973, and thousands of ‘unexploded ordinances’ still litter the countryside, killing or injuring over 100 people every year. If you are trekking, stay on the path and better yet, go with a guide who knows the land and the language and can keep everyone safe. 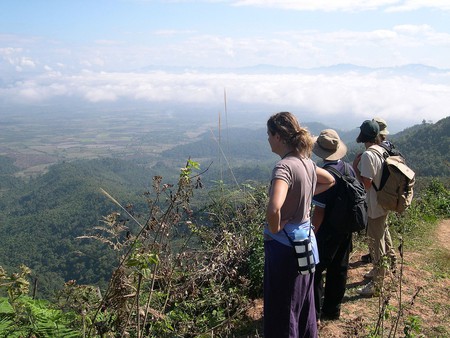 Should you be stopped by the police for any minor offence, it’s inadvisable to put up a fight or go to the police station. Often the underpaid police force is simply looking to extort money from tourists. Just pay the bribe and be on your way – however, be warned that it is a serious offence to pay bribe money in many countries, so don’t go boasting about it when you get back home. It’s no use making rational arguments about the dozens of Lao people you’ve seen doing the same thing that you allegedly got stopped for. The justice system is not the same in Laos as other countries, and the best thing for everyone is to comply, save face and move on. 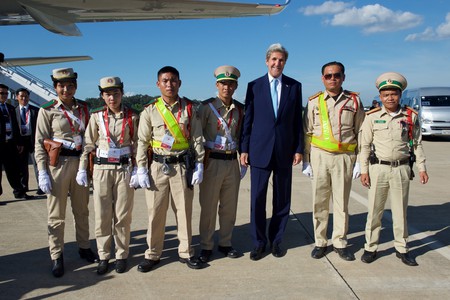 Secretary Kerry and Lao Traffic Police | © US Department of State/Flickr

Don’t touch anyone with your feet

Stepping over someone who is seated is the height of rudeness in Lao culture, since the head is high and the feet are the lowest part of the body. The same goes for accidentally kicking or brushing another person with your feet at a table or in a car. The best bet is to keep your feet on the floor, not tucked under you or on a chair or (heaven forbid) propped up on a table.

Don’t wear your shoes inside a home or temple

As in much of Southeast Asia, shoes belong outside and house shoes or bare feet are worn in the home. In Laos, this line of thinking extends to certain stores and restaurants as well. When in doubt, follow what others do. Even if your host tells you that you may keep your shoes on, if his or hers are off, you should remove yours as well. The Lao want to save face and may tell you one thing when they would actually like you to do something else. 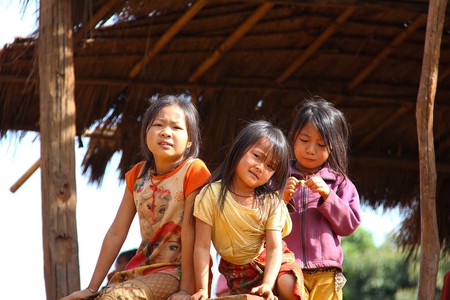 Lao people want to save face at all costs; they do not shout or argue loudly. There is not a strong bargaining culture in Laos, so if a price has already been lowered slightly, don’t argue the price down further; the salesperson might end up selling the item to you at a loss rather than losing face. Service is slow in shops and restaurant and the quality of service varies greatly. Practice patience, and don’t expect anyone to rush because you’re in a hurry. Take it easy, bite your tongue and enjoy the unhurried, unstressed Lao lifestyle. 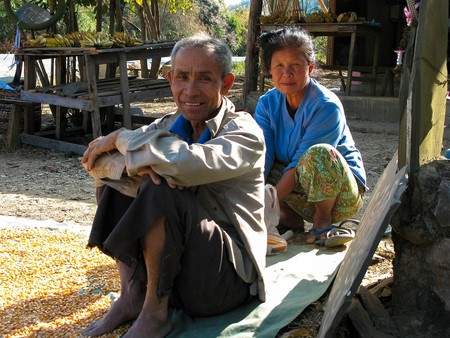 The Lao aren’t publicly affectionate among friends or romantic partners, and public hugging or kissing is frowned upon. It is against the law for foreigners to engage in sexual activity with a Lao person outside of marriage. This goes for heterosexual relationships as well as LGBTQ ones, so tread lightly.

Weak laws and lax enforcement of those that do exist has led to illegal poaching of the wild animals that were once prevalent in Laos. It’s illegal to take ivory, or animal pelts or products out of Laos. They will be confiscated and you will be fined. It’s also illegal to take antique Buddha sculptures out of the county, as many have been stolen from temples, which deplete cultural heritage. Luckily the woodcarving tradition is alive and well in Laos, and skilled craftspeople carve beautiful new pieces that can be purchased as souvenirs. 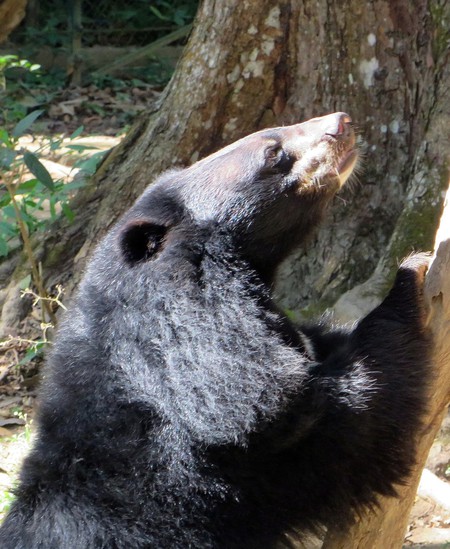 Alcohol is free flowing and you may be encouraged to drink more than you’d like (although it’s also fine to tell your host you’re done drinking). You also might find that illegal drugs, especially marijuana and opium, are prevalent. Exercise extreme caution. If a tuk-tuk driver offers you prostitutes or drugs unprovoked, your safest bet is to turn him down. Some dealers are in cahoots with the police and will turn in their clients.

Don’t bathe nude or walk around in a bikini

You’ll see Lao people swimming fully clothed, wrapped in a sarong or sometimes in jeans. Women, bring a sarong. You can always take it off once you’re in the water, but you’ll avoid uncomfortable stares and blend in better. In the same vein, walking around town in swimwear is not culturally acceptable for men or women, so when you go swimming or tubing bring a shirt or sarong to cover up when you get out of the water. 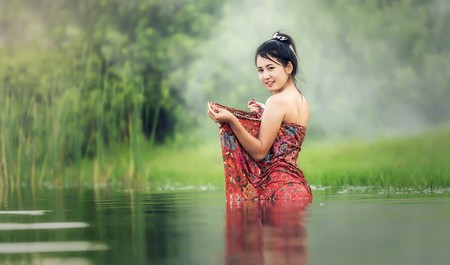 Think before riding a motorbike

Motorbikes are a popular mode of transportation in Laos, but ride at your own risk. There is no trauma center in the country and should you get into an accident, you’ll have to get across the border to Thailand for treatment. There is rampant drinking and driving in Laos, which makes the roads more dangerous at night. Many people, including children, drive without a license. If you do take to the road on two wheels, drive defensively, know the risks and check out the bike thoroughly before you drive. 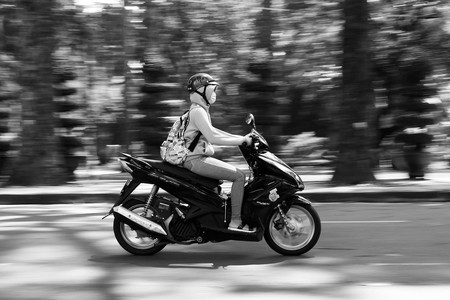 Motorbike | © Tuan86/Pixabay
Give us feedback