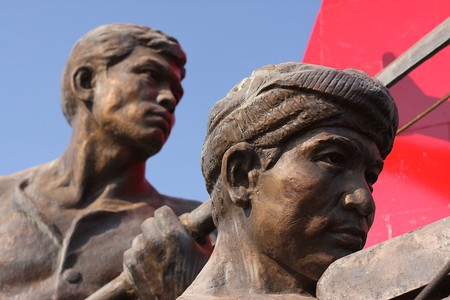 With a population of fewer than seven million people, Laos is a small country with a big footprint. People with Lao heritage live in every corner of the globe and have impacted politics, fashion, sports and the arts. Check out these 10 people from Laos who have impacted history.

During the Lao civil war, Vang Pao was a Lieutenant General in the Royal Lao Army. Backed and funded by the US Government under the direction of the CIA, fighting against the Pathet Lao and People’s Army of Vietnam. After the war, he resettled in the United States where we was a leader in the Hmong American community until his death in 2011. He helped start the United Lao National Liberation Front, whose mission was to overthrow the communist Lao government for which he was arrested in the US in 2007. 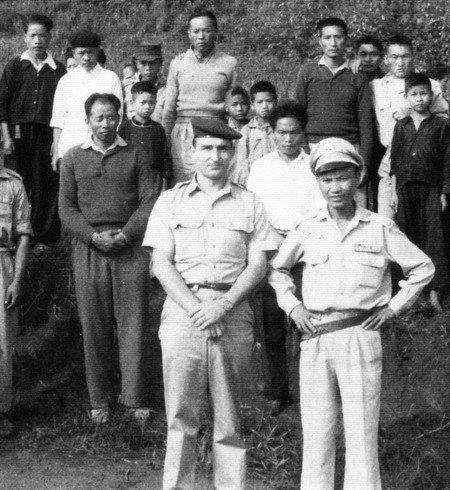 Chloe Dao is an American fashion designer who was born in souther Laos to Vietnamese immigrants. She now lives in Houston, US and runs her own business. She won the grand prize of $100,000 and mentorship from Banana Republic on season two of reality design show Project Runway, with her women’s evening wear collection. She’s been a Dove beauty products spokesperson and a judge on Project Runway Vietnam.

Kaysone Phomvihane was the leader of the Lao People’s Revolutionary Party from 1955 until he died in 1992. Today, his likeness is preserved on all denominations of the Lao Kip currency. His family homes in Savannakhet, Thakhek are preserved points of national pride. There is a museum in his honor in Vientiane. Phomvihane was the Prime Minister of the Lao People’s Democratic Republic from 1975 to 1991 and President from 1991 until he died the following year. 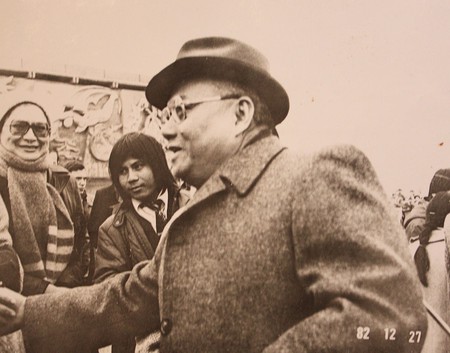 Visay Phaphouvanin is a striker who plays for Electricite du Laos Football Club in Vientiane Capital. He has previously played for Eastern Star FC and Vientiane FC, and Lao Police FC. He played at the 2010 AFF Suzuki Cup and 2014 FIFA World Cup qualifiers. He’s played in 47 FIFA matches and scored 18 goals, making him the leading goal scorer in the history of the Laos national team.

Sisavang Vatthana, also known as Savang Vatthana, was the last king of the 600 years of the Kingdom of Laos from 1959 until 1975. He was educated in France and was a devout Buddhist. During his reign he traveled to 13 countries, including the US and Russia, to guarantee neutrality for Laos during the Vietnam War. The Pathet Lao takeover forced his abdication from the throne. He and his family were “re-educated” in a camp run by the new government where they lived out the remaining years of their lives. 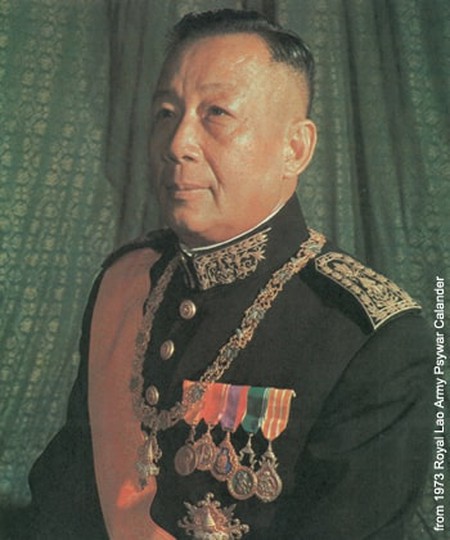 Bryan Thao Worra was born in Vientiane in 1973 during the US-funded Lao civil war, and was adopted by an American pilot. He’s a Lao-American poet and author and the first Asian-American president of the international Science Fiction and Fantasy Poetry Association. Titles include Winter Ink, Barrow and The Tuk Tuk Diaries: My Dinner With Cluster Bombs. Worra is the first Lao-American member of the professional Horror Writers Association and the first to receive a Fellowship in Literature from the United States’ National Endowment for the Arts. 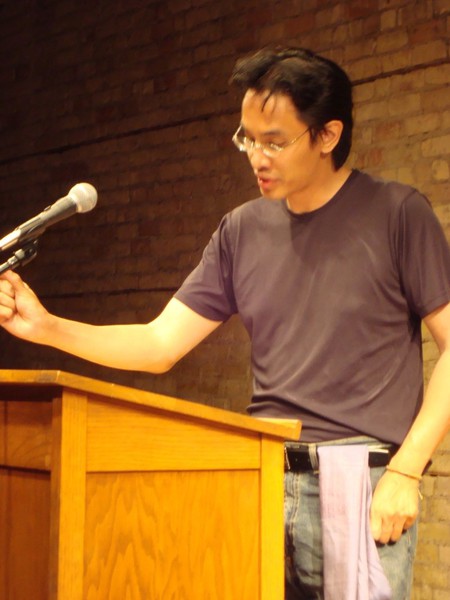 Communist advocate and supporter of Ho Chi Minh, Prince Souphanouvong was born to a commoner mother and vice-kin father. He was educated in Vietnam and France and spoke eight languages. During the Lao Civil War, he was one of three princes who represented communism, neutralism and royalist policies. Souphanouvong gathered the Lao Freedom Front in 1950, which would come to be known as the Pathet Lao. From 1975 until 1991 he served as the first President of the Lao People’s Democratic Republic. 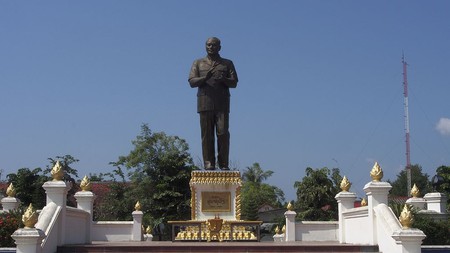 Vong Phaophanit was born in Savannakhet, Laos in 1961. He attended school in France, including at the Ecole des Beaux Arts, Aix en Provence. His wife, Claire Oboussier is also an artist. They moved to the United Kingdom in 1985 and he currently resides in London. Phaophanit’s large-scale installations use mixed media, including wax, light, silk, rice and rubber. He was a Turner Prize finalist in 1993 and won the DAAD Fellowship in Berlin in 1994. He guest lectures at art schools around the UK and won the Art and Work Award in 2002. His art is held at word-renowned institutions such at Tate Britain, the Irish Museum of Modern Art in Belfast, and the British Council Collection. He has held exhibitions in Shanghai, Luang Prabang and Berlin. 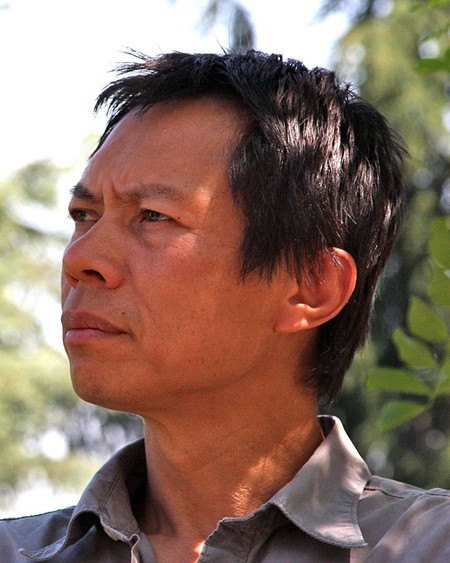 Mee Moua served as a member of the Minnesota Democratic-Farmer-Labor Party as the first Hmong-American woman elected to a state legislature, where she served from 2002 to 2011. As chairperson of the Judiciary Committee, she held the highest office of any Hmong American politician. Moua was born in Xieng Khouang, Laos. After the war her family fled to Thailand, eventually seeking refugee status in the United States. Moua served as the president and executive director of Asian Americans Advancing Justice until 2017. 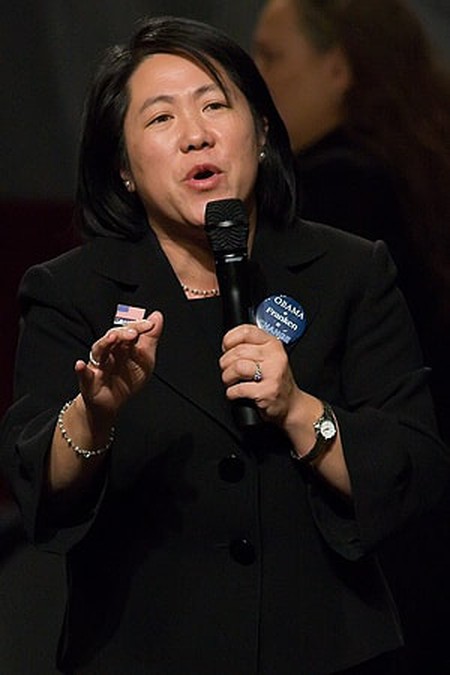 Vilayphone Vongphachanh, born in 1989, is an Olympic swimmer. She competed in the 2003 World Championships in Barcelona. She also competed at the 2004 and 2008 Olympics in the 50m freestyle event, training in a pool half the size of an Olympic pool with limited practice time. While she did not medal, ranking 73rd in 2004 at age 15 and 84th in 2008 at age 19, her dedication to the sport is admirable given Laos’ status as one of the world’s poorest and least developed countries. After her two Olympic appearances, she became a swimming judge for the FINA Masters.