10 Books About Laos You Should Read Before You Go 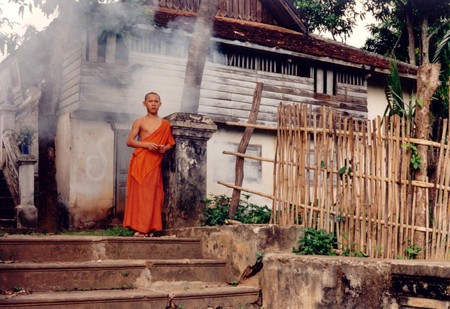 Laos’s borders have been open to tourists for just over a quarter century, and Laos’s rich history and gorgeous scenery have been written about in genres ranging from fiction and cookbooks to memoirs and travel guides. There’s something for everyone on this list.

CultureShock! Laos: A Survival Guide to Customs and Etiquette

Laos can be a confusing and contradictory place. This easy-to-read guide is from the perspective of author Robert Cooper, an Englishman who runs a book shop in Vientiane and has lived in Southeast Asia for more than 30 years. CultureShock! Laos: A Survival Guide to Customs and Etiquette answers questions about Buddhism, the heavy drinking culture in Laos, Lao people’s relationship with the truth, strong family relationships and more. Cooper discusses the connection between the Thai and Lao people, their similarities and what makes them distinct. Want to date a Lao person? Go into business with a Lao partner? Spend two weeks or two years in the country? This is the go-to guide for answers to the questions that leave most Westerners perplexed.

The Edge of Tomorrow 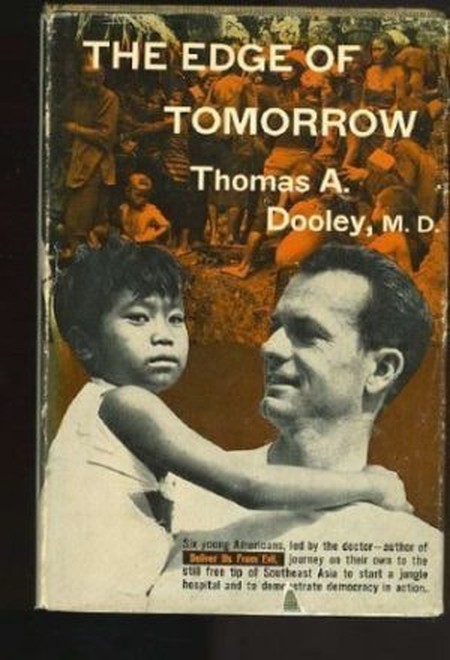 The Edge of Tomorrow | © Farrar, Straus and Cudahy

Written in 1958, The Edge of Tomorrow is American physician Tom Dooley’s first-hand account of his humanitarian work in Laos. In 1956, after leaving the Navy, Dooley started a private, mobile medical unit in Laos in an effort to provide medical and nutritional aid for the people there. In the book Dooley writes of his work in the capital of Vientiane, Vang Vieng and Nam Tha in the more remote northeast corner of Laos. Widely circulated by the US Information Agency as part of cultural diplomacy efforts, The Edge of Tomorrow is one of three books he wrote about his life’s work fighting for human rights. Dooley was awarded the Legion of Merit, the National Order of Vietnam, for his work in that country (recounted in his book Deliver Us from Evil: The Story of Vietnam’s Flight to Freedom), and was posthumously awarded the Congressional Gold Medal.

Shooting at the Moon: The Story of America’s Clandestine War in Laos

Clocking in at just under 400 pages, this tome isn’t for the faint of heart. But those with an interest in the Vietnam War and the related conflicts in Laos and Cambodia will be riveted by this detailed and accessible book. Roger Warner’s Shooting at the Moon tells of a small guerrilla resistance made up of the Hmong hill tribe and used by the US government to fight the communist group Pathet Lao. The fight for power and resources between the CIA, Air Force and State Department, however, leads to a power vacuum. Plus, in the end, no one wanted to take responsibility for a secret war that cost US taxpayers millions, left thousands of Lao and hundreds of Americans dead or missing, and dropped bombs all over Laos (some of which are still affecting people today). 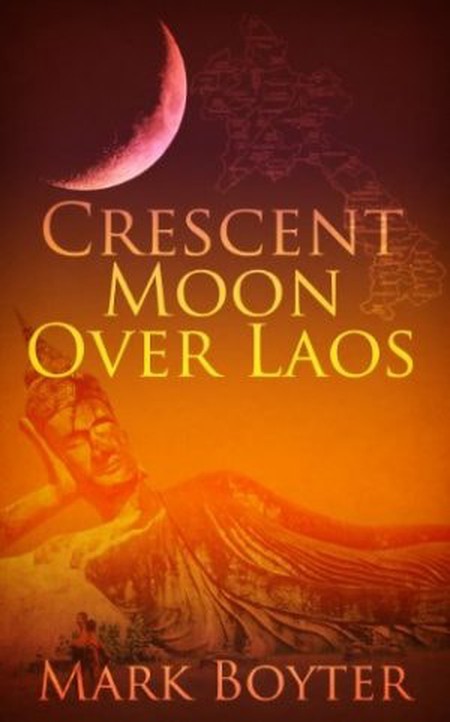 Crescent Moon Over Laos is a travel memoir from Mark Boyter’s 18-day trip in Laos in 1990, not long after the border was re-opened for foreign visitors. Boyter taught English and studied meditation in Japan and spent time in Thailand before embarking towards Laos. Throughout the book, Boyter reflects on his life and considers what he wants for the future. He travels from Vientiane to the south onlocal buses and cargo trucks. He then visits Vang Vieng, and Luang Prabang in the North, speaking with monks and guesthouse owners who have been studying English in anticipation of the border opening. He hears American pop and reconsiders his place in a poor country that is already catering to Western tourists with food, music and communication.

After graduating from Princeton in 1997 with a bachelor’s degree in East Asian Studies, Brett Dakin sets out as the first-ever Laos volunteer in the ‘Princeton in Asia’ program, which pays for recent grads from college and universities all over the US to volunteer in Asia. His memoir, Another Quiet American, follows his two years working as a language and marketing consultant for Laos’s National Tourism Authority. Dakin’s collections of vignettes focus on the people he meets including power-hungry Lao military personnel, his colleagues, Lao royalty and other Westerners living in Vientiane. He describes his experience in the Lao capital in fine detail, making the minutiae come alive.

Lao Basics: An Introduction to the Lao Language

This slim paperback by Sam Brier and Phouphanomlack (Tee) Sangkhampone boasts an intuitive, sound-based way to learn the written Lao alphabet and sounds of the Lao language. Lao Basics breaks down the letter sounds into similar subsets. The print book includes a CD that has practice exercises for recognizing and saying the sounds of the Lao language. The e-book version has audio files embedded into the text. This book will teach newbies what the beautiful ‘squiggles’ say in a matter of days. First going through the 26 consonants then introducing the 28 Lao vowels, Lao Basics is the best shortcut resource for those interested in studying Lao long term or even for casual tourists interested in deciphering street signs and restaurant names.

Love Began in Laos: The Story of an Extraordinary Life 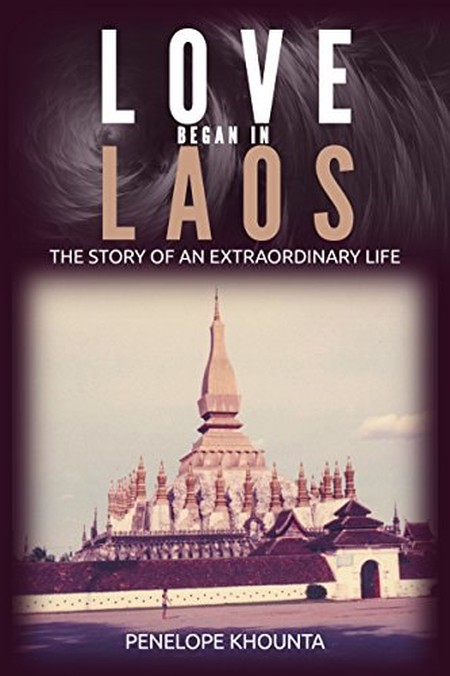 There are plenty of stereotypes of Western men marrying Southeast Asian women. This memoir turns that narrative on its head with a Western woman falling in love with a Lao man. Love Began in Laos, published in August 2017, follows Penelope Khounta’s international experience as a middle-class American woman from the Bay Area. She and a friend take a ferry across the Mekong River in the 1960s while serving as Peace Corps volunteers in a remote area of Thailand, which faces Thakek, Laos. She meets, falls in love with and eventually marries a French-educated Lao man. After her Peace Corps service ends, Khounta takes a job teaching in Laos. Recalling the first seven years of their marriage, Khounta, now widowed, reflects on not knowing the culture, language or customs of Laos and how she learned and adapted, eventually raising children and splitting her time between California and Vientiane.

The first part of Colin Cotterill’s Dr Siri Paiboun murder mystery series, The Coroner’s Lunch is set in 1975 post-revolutionary Laos. The communist party is in power and septuagenarian Dr Siri is appointed as national coroner. With the help of a nurse and a morgue assistant, Dr Siri works to investigate suspicious deaths that the party would rather keep under wraps. Appointed to write reports and provide the answers the party are after, but uninterested in being a yes man, Dr Siri investigates each death that he encounters with earnest resistance to the bureaucracy. Those deaths include a higher-up’s wife, who keels over at a dinner party, and a Mekong River fisherman who has both legs amputated by a border patrol boat. Want more Dr Siri? The series includes Thirty-Three Teeth, Disco for the Departed, Anarchy and Old Dogs, and others.

Ant Egg Soup: The Adventures of A Food Tourist in Laos

So excited to finally have my own copy of this book. I stayed with the author in Devon and tested a few of the recipes before the book came out but I've been cooking from notes I wrote in an old sketchbook all these years. #anteggsoup #laotiancuisine #cookbooks #stickyrice

Food is a very important part of Lao culture, with “Have you eaten yet?” being a common greeting. A culinary feast, as well as a feast for the eyes, Ant Egg Soup includes drawings and recipes in each chapter. French-born Natacha Du Pont De Bie spent five months trekking in both big cities and small villages after being inspired by Phia Sing (chef to the Laos royal family) and his book Traditional Recipes of Laos. She describes the people she encounters, the places she goes and the myriad of bizarre, delicious and unique things she eats along the way. Du Pont De Bie uses food culture to bring up difficult topics in Laos’s history, like the unexploded cluster bombs that still litter the countryside and the issues of malnutrition and food insecurity in this country, which is categorized by the United Nations as “least developed.”

One Foot in Laos 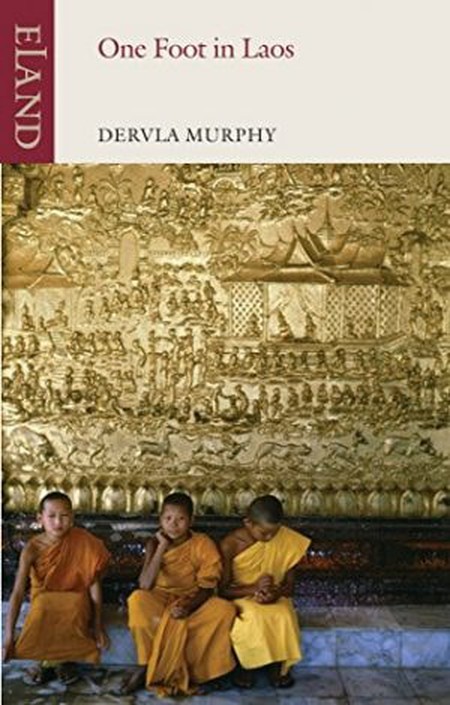 Irish travel writer Dervla Murphy is no stranger to writing about her adventures. Having travelled by bicycle, train, foot and flight to far-reaching corners of the world, she tackled Laos in her travel memoir One Foot in Laos, which chronicles her 1997 visit to the most heavily bombed nation on earth. Murphy’s anti-globalization views and criticism of Western tourists are on full display in this book as she describes the welcoming and kind Lao people she encounters on her journey. The writer speeds through Laos on her beat-up bicycle with no breaks – she only slows down to sit, drink and chat with locals off the beaten track of tourists.