Kyrgyz author Chinghiz Aitmatov courted notoriety in 1963 with his cornerstone compilation Tales of the Mountains and Steppes. Helena Cuss investigates this influential writer through looking at his first novel, The Day Lasts More than a Hundred Years, and analyzes the writer’s fascination with the steppes, the animal kingdom, and his country’s traditions in the face of modernization. 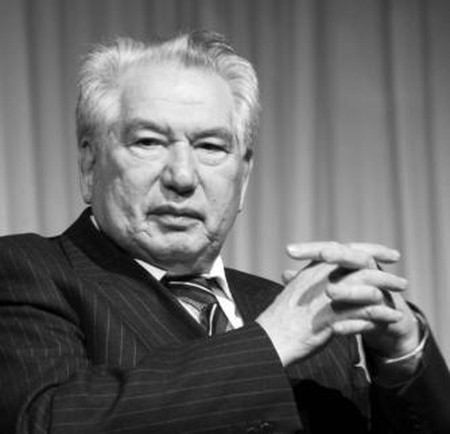 Chinghiz Aitmatov (1928-2008) is arguably Kyrgyzstan’s greatest writer. and has played an essential role in giving a voice to the people of his country. The author lived at a time when Kyrgyzstan was being transformed from a remote wasteland of the Russian Empire into a part of the USSR, and therefore his writings are imbued with post-war Soviet communism. This is particularly visible in his first novel, The Day Lasts More Than A Hundred Years, in which he explores the motifs to do with tradition, rituals, legends and myths; man’s closeness to animals and the Central-Asian landscape.

Kyrgyzstan is completely landlocked, with 80% mountainous areas and breathtaking views accounting for the eerie presence of the ‘steppes’ in Aitmatov’s work. Less than 8% of the land is cultivated; in his book the author meticulously describes the barren topography of Kyrgyzstan’s snow-capped mountains and steppes, which he presents as an inhospitable presence greater than man that neither hinders nor helps his survival but merely tolerates it.This ancient and insurmountable presence is juxtaposed with the imposition of a railway developed by the Soviets, which brings forth metaphors of travel and transferability, drawing attention to the country’s dual Kyrgyz and Soviet cultural heritage. 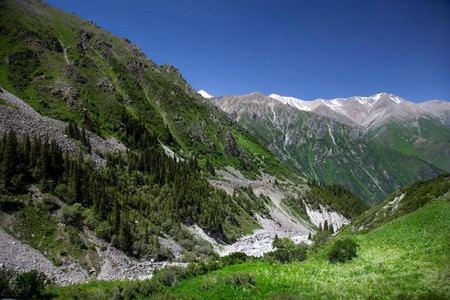 Through the repeated attempts of the central protagonist Burranyi Yedigei to bury his friend Kazangap, the writer demonstrates the importance of ritual and tradition in the face of modernization. As the next generation, with the excitement of the Space Age, has grown to disregard the importance of death and the resonance of prayers and faith. Aitmatov’s writing is also characterized by a respect for the animal kingdom, whom he considered to be very close to mankind. Indeed, the novel opens from the perspective of a vixen attempting to live in the steppes. This is perhaps an analogy for human life: the vixen is mentioned firstly when Yedigei envisages the possibility that his dead friend was reincarnated as her, and secondly during the rail man’s musings with the cosmonaut near the village, at which point he compares his feeling to that of the animal. This scene was perhaps a commentary on the fact that man’s technological progress might have gone too far. 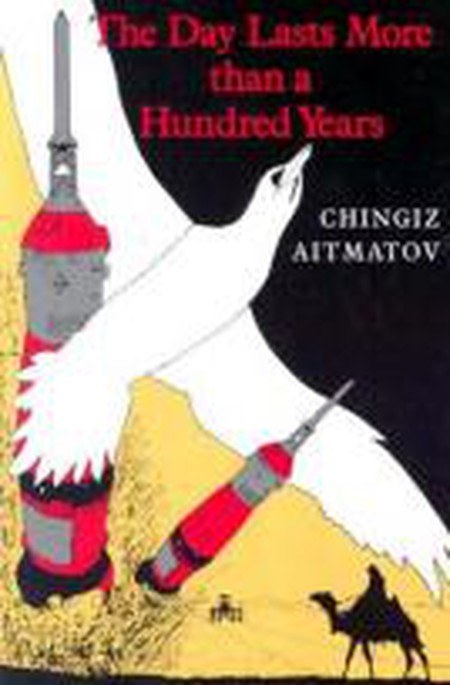 The novel is a combination of local mythology and folklore with modernization. The ancient lifestyle in this lunar landscape, where camels are the main means of transport, is conflated with the onslaught of the 20th century that brought the violence of railways and rockets. What is perhaps most poignant, and what Aitmatov could not have foreseen, is that after the collapse of the Soviet Union these railways and air fields would become largely disused, which ultimately asserts the triumph of the steppes over mankind’s attempt to conquer them.

Aitmatov’s powerful and moving prose was recognized in 1963 when he was awarded the Lenin Prize for Tales of the Mountains and Steppes, a compilation including what is generally considered his greatest novel Jamilia. Today, Aitmatov is still celebrated as one of the most talented writers to have emerged from the Soviet Union.